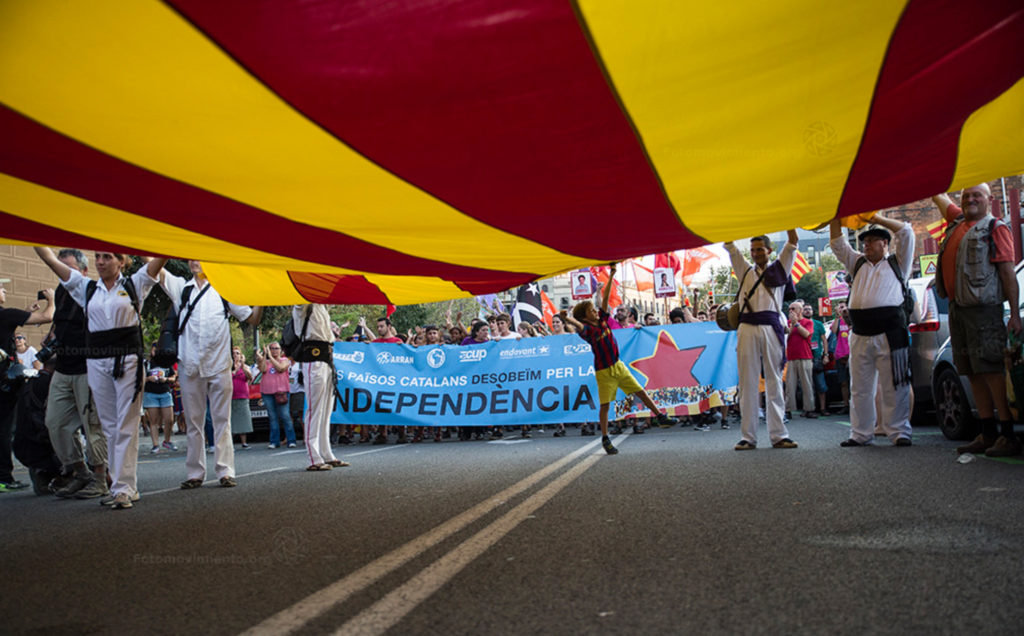 September is a month full of national holidays in many Latin American countries. The 7th in Brazil, the 15th in Mexico and Central America, the 18th in Chile… Days that allow the exaltation of the nation and the excitement of identitarian enthusiasm. Catalonia has not been immune to this. Whoever was its president between 2010 and 2016, the period in which the political tension between that Autonomous Community and the central state that would explode in 2017, Artur Mas, declared last September 14th: “I cannot end my political career in a project that could lead to separation”.

The separation he referred to was not from Spain but from the forces of the deeply divided pro-independence nationalism. His political trajectory was finished not only since he ceded the presidency of the Catalan government to Carles Puigdemont but before, even though he pretended not to know it, when the validation of his political project was frustrated. This happened in the early elections of November 2012, called to expand his majority but ended with his party loosing 2 seats. A defeat that in any parliamentary democracy would have brought with it the departure from politics of the leader who called the elections.

This could be the closure to the Catalan nationalism events that are being celebrated around September 11. This is the date on which nationalist mythology lays to rest Spain’s alleged injuries against Catalonia as a result of the 1714 dynastic lawsuit to rule the Spanish monarchy. There, the supporters of the House of Austria, made up of a good part of the Catalan notables, were defeated by the Bourbon ascendants.

The languid popular expression for the events called for that day as a consequence, without a doubt, of the restrictions to mobility that COVID-19 entailed, disguised, however, the serious fracture of the independence front. This is due, at least, to three factors that are becoming increasingly peremptory.

In the first place, there is the ideological rift that separates conservative sectors from other centrists and from some third parties that are located in a left that sometimes flirts with anti-system expressions. In the second place, there is a notorious struggle in leadership since figures of a very different nature are confronted against each other, which, moreover, as time goes by have reflected opposing styles of action.

Carles Puigdemont is not only a politician on the run who did not confront his responsibility, as his vice-president, Oriol Junqueras, did, but he also still rules the Catalan government

Carles Puigdemont is not only a politician on the run who did not confront his responsibility, as his vice-president, Oriol Junqueras, did, but he also still rules the Catalan government, and more specifically, its current president, Quim Torra, in a vicarious manner. In his two years in office, Quim Torra has shown a worrying political ineffectiveness and has been charged with the crime of judicial disobedience.

Finally, the loss of political capital dragged along by the cases of corruption due to the illegal financing of the party and to the illicit enrichment of its unquestionable leader and Catalan president for more than two decades, Jordi Pujol, undermines the credibility of certain nationalist sectors that are now independent.

All of this does not prevent September 11 from being used, once again, in the inefficient and unnerving scenario drawn up on many occasions by the Spanish government, to try to consolidate the story of affront. This is one of the milestones over which Catalan independence movement intends to consolidate its claim along with myths that exacerbate differences. As Benedict Anderson stated in “Imagined Communites”: Reflections on the origin and diffusion of nationalism”, if the nation is “a political community imagined as inherently limited and sovereign… the magic of nationalism is the conversion of chance into destiny”.

It is in this direction that today the discourse is elaborated according to which in Spain there are political prisoners or that it is a country where the violation of human rights is systematic. However, the evidence shows the existence of politicians who have been tried and convicted, not for issues that violate freedom of expression, but for serious proven crimes of sedition and embezzlement of public funds in processes with full guarantees and total transparency, having been transmitted live to the judicial sessions.

However, the situation thus described is far from a more complex reality that is inserted in a territory where independence, adding its different families, has never had a social majority in a community with higher quotas of self-government than the Latin American federal states. Quotas such as the election by the citizens’ direct vote of their authorities, broad fiscal autonomy, absolute respect for their culture with the use of Catalan as the official language, which on many occasions has relegated Spanish, and with its own public security forces.

This is an independence project with policies that project xenophobic expressions against those who, supposedly, are not integrated into the organized community

This is an independence project with policies that project xenophobic expressions against those who, supposedly, are not integrated into the organized community. A community that exclusively extols what is different on the basis of a constant manipulation of history, which advocates the path of a single language and, in the case of the rupture, excludes from Spanish citizenship all Catalans who have expressed their will to be Spanish.

A scenario that does not welcome dialogue but rather unilateral imposition and whose articulation ignores complexity, structuring its work in a permanent advertising campaign that hides the reality and the responsibility of characters as sadly relevant as Artur Mas. A character who now happens to have left politics, as did his predecessor, Jordi Pujol, through the back door.