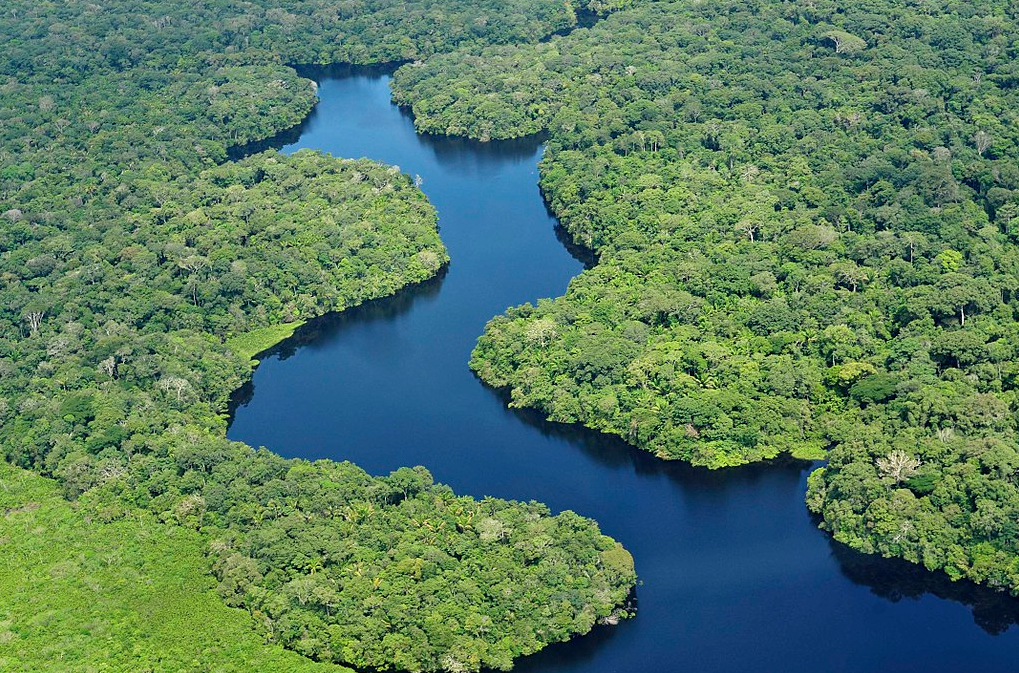 Eight sovereign countries are gathered around the Amazon basin. The Amazon rainforest is the heart of South America. These eight states, all neighbors of the immense common forest, crossed by the rivers that flow from all parts to the great mother river, and that constitute the avenue from the South American countryside to the Atlantic Ocean, are the administrators of what for many is the “lungs of the world”. Next to them, in one corner of the Amazon, there is also an “overseas territory” under French sovereignty.

The richness of the Amazon’s natural diversity has not been fully quantified, nor has its potential for the development of neighboring states been evaluated. It is such a large territory – over 7.5 million square kilometers – and so difficult to access in many of its parts that one can still speak of “white spots” on the map of the Amazon and of populations occupying it that have probably not yet had contact with “western civilization”. Populations located in regions that, for the most part, have not been able to be incorporated into the socio-economic processes of the respective countries in the area and whose tourist potential has not yet been discovered.

Forty years ago, long before the debate of positions around the Amazon, sustainable development, climate change, and the future of the planet and humanity became so public and global, and long before the horrific fires of hundreds of thousands of hectares on the Brazilian side during 2018, the eight sovereign countries of the Amazon signed on July 3, 1978, in Brasília the Amazon Cooperation Treaty (TCA).

The development potential of the Amazon

The riparian countries realized that the true potential for rational development of the Amazon and the conservation of the ecology of the area were two factors that were on the same side of the equation. It was not possible to achieve them without a joint and coordinated effort in the exercise of territorial sovereignty and without the aligned management of the policies of all the states involved. There was, at that time, a feeling of shared responsibility inherent to the sovereignty of each Amazonian state. Cooperation among the Amazonian states should serve to facilitate the fulfillment of this responsibility, as stated in the TCA itself.

The economic and social development of the Amazon, however, has been disorderly, sometimes chaotic, criminal, and predatory of this rainforest space, which is also the generator of millions of liters of fresh water every day. There is not only the Brazilian case already mentioned, but also the horrific case of the Mining Arc in the Venezuelan part, or the large oil spills in the area corresponding to Ecuador, not to mention the amount of polluting discharges into the tributary rivers of the Amazon and the Amazon River itself. Here the most directly affected are the local populations, more than 420 indigenous peoples and communities, with the respective damage to the ethnological riches of the Amazon area. The damage is irreparable and the only action that can be done is to prevent it.

The signatory countries of the TCA realized that the best wishes of cooperation, indispensable for the protection and balanced development of the region, are mere illusions if the commitments between them are not strengthened. For this reason, twenty years after the signing of the TCA, an amendment to it was signed. The Caracas Protocol of 1998, created the Amazon Cooperation Treaty Organization (ACTO), with its own legal personality, in order to strengthen the cooperation commitments undertaken. This was an important step toward the supranationality of the Amazon, as highlighted by contemporary scholars, and since 2003 the General Secretariat of ACTO has been operating in Brasília.

Despite this progress, however, a true “Amazon Law” has been lacking, according to the most authoritative authors. This is about a regulation that establishes with greater clarity and precision the local populations’ rights and of each of the region’s countries with respect to the Amazon, including the protection and conservation of the environment, as well as the respective duties of the States Parties to the Treaty.

In other words, Amazonian regulations are needed. But at the same time, and with equal urgency, it is necessary for the States Parties to the TCA to create, within the ACTO, the bodies responsible for monitoring the TCA and Amazonian Law. That is to say, investigative and oversight bodies, a coordinated Amazonian police force, and an Amazonian justice body or bodies to hear claims for violation of Amazonian Law – including damage to the environment and local populations – and before which not only the states are responsible for their non-compliance but also individuals for their environmental crimes.

Individual national sovereignty should not be an obstacle, as it was not in the past, to achieve this result. It is the necessary environmental justice in the Amazon that must be imposed, and that would also set an example for the world. It is a duty of sovereign solidarity of the countries of the Amazon with their peoples and with the inhabitants of planet Earth. This would be, at least, a significant step in the development of the difficult process of universal cooperation in the conservation of the most delicate and most useful spaces for the present and especially for the future of all humanity.