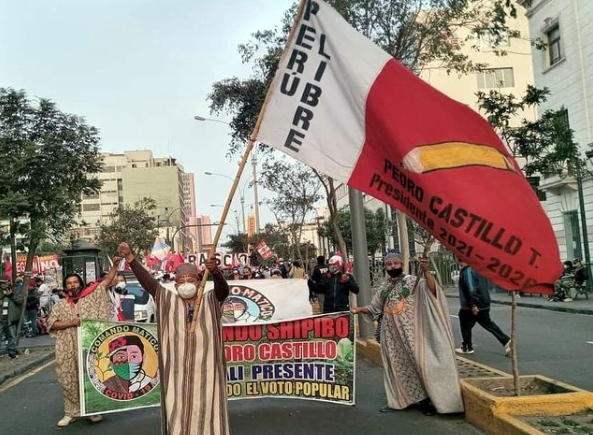 The second round of the Peruvian election campaign was marked by fear, polarization and an abundance of economic proposals linked to natural resource extraction. Despite the pronounced socio-environmental conflict and the growing global importance of environmental crises, the proposals of both political camps linked to the environment were treated superficially.

The pandemic and the environmental agenda

Peru has the second largest Amazonian extension – second only to Brazil – and more than one in five Peruvians self-identify as indigenous. During 2020, the country recorded its all-time record of Amazon forest loss, five environmental defenders were killed and 140 cases of environmental conflict were recorded with an increase in the number of people injured and killed compared to 2019.

In Peru, the pandemic not only meant the pain of thousands for the loss of loved ones, but also the deepening of great inequities in rural areas. There, poverty and environmental crisis worsens as numerous illegal industries such as cocaine production, logging and alluvial gold mining expand unchecked.

During these times of crisis, the Peruvian congress rejected the approval of the Escazu agreement and charted a path to stimulate or unblock the economy by relaxing some environmental regulations. On the other hand, the Ministry of the Environment was promoting initiatives and technical provisions. For example, in 2020 the regulations of the Framework Law on Climate Change were approved and in April of this year the government approved Supreme Decree 004-2021 with the objective of mitigating and preventing risks to environmental defenders.

These efforts, however, are difficult to put into practice and the integrity of Natural Protected Areas and other zones are in danger of being exposed to deforestation, which has increased markedly in recent years.

A human-centered discourse and economic growth

The presidential debate on May 23 and the government plans of Keiko Fujimori (Fuerza Popular) and Pedro Castillo (Peru Libre) left many impressions, but neither group presented a solid technical environmental picture. On the one hand, the leftist candidate’s plan, without elaborating implementation strategies, highlighted the importance of reducing socio-environmental conflicts and revaluing traditional knowledge. On the other hand, the right-wing candidate emphasized the importance of transforming nature into monetary wealth, but with environmental standards. Both speeches have man at the center, not nature.

After more than two decades of intensification of extractive activities, the affected rural areas do not show improvements or an increase in services, but a growing distrust towards the centralist state. Keiko Fujimori’s proposals to increase the distribution of economic gains and social aid vouchers to the populations of extractive zones were not enough. And it was Pedro Castillo, who comes from the rural areas and proposes a change in the development model, who received the support of the people with an overwhelming majority.

This is evidence that economic compensation does not seem to be an alternative for these marginalized citizens who depend culturally, socially and economically on a healthy environment for their survival.

The challenge of an environmental agenda

Faced with the Covid-19 crisis, citizens living in areas with an intermittent or poorly articulated presence of the centralist state took refuge in their traditional knowledge and remained active in defending their lives, their territory and their rights. And they continue to do so today when requests for the nullification of their votes are being reviewed, which keeps the outcome of the Peruvian elections in suspense.

Several days after the election, and without an official winner due to the contestation processes, the campaign of fear that evidences the differences between the coastal cities and the rest of the country continues.

On the one hand, from the right, the fear campaign is based on pointing out the links of the extreme left with terrorism and that it will turn the country into a new Venezuela. While on the other side, the left warns of a return to the authoritarian neoliberalism of the 90s that violated human rights. And while both sides take up the idea of progress in their discourse, they do so through campaigns that are ultimately based on fear.

Unarticulated, single-speech approaches offer no real solution to the few elaborate environmental proposals from both candidates in the face of the urgent problem and call for action. Corruption slows environmental protection efforts and feeds on the commodification of nature while putting land defenders at risk. But anti-corruption alone is not enough. Environmental policies require a strong scientific and technological component, yet their production is not necessarily inclusive and has limited articulation with policy making. Ensuring equal participation of all citizens is key, but it will not be enough if participation is not interactive, sustained and binding in decision making.

Why do democracy and the environment go hand in hand?

With an economy dependent on extractive activities and a long history of exclusion of indigenous populations – evidenced in this campaign – the environmental and decolonial agendas are intertwined and becoming more urgent in Peru.

The Peruvian territory sustains great cultural and biological diversity, but at the same time it is a racialized space. The environmental and economic recovery agenda of the new government should include a deep and dynamic understanding of the relationship between people and Peru’s diverse landscapes. In recent decades, progress has been made in environmental policies and indigenous rights, but it has not been enough.

Therefore, this election campaign, loaded with differentiating and hierarchizing arguments with racist tendencies, is perhaps pointing out to us the fundamental elements for creating a comprehensive environmental agenda that addresses the structural problems of a multicultural and multiethnic society. 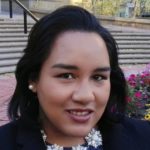 Master degree in Environment and Development from the Pontifical Catholic University of Peru and PhD candidate in Geography at the University of Calgary (Canada). Member of the Environmental Policy and Governance research group.