In four years of government, Jair Bolsonaro has imposed 100 years of secrecy at least 65 times on the data of people around him.  He has used the excuse of protecting their privacy. Even in the case of requests that have been made by the Access to Information Law (LAI) n.12.527 of November 18, 2011, which contain personal data, he used resources that prevented access to the data of officials who are compromised in cases that he considered sensitive for involving the government. Among them are the purchase of the vaccine against COVID-19, which culminated in a Parliamentary Commission of Inquiry (CPI); the corruption in the Ministry of Education (MEC); visits received by the first lady, Michelle Bolsonaro, the “rachadinha” case and the arrest of a soccer player aligned with the president.

These actions distort the principles of the LAI, which contrasts it with the General Law on Personal Data Protection (LGPD) n. 13.709/2018, enacted during the term of office of former President Dilma Rousseff. This law aims to protect the freedom and privacy, as well as the personal data of every citizen in Brazil, in accordance with existing international parameters.

The LAI is an instrument of public transparency, based on the premise that citizens need to know how decisions are made and where public resources, such as investments, and even the salaries of civil servants end up. Meanwhile, the LGPD guarantees the protection of the individual’s privacy and security, and protects them from possible abuses by the State or companies.

Both the LAI and the LGPD “have guidelines for the treatment of personal data that are based on the tripod of confidentiality, integrity and availability, concerns aligned with the principles of prevention and security,” said Ilderlândio Teixeira, a member of the National Agency of Data Privacy Professionals (ANPPD). What the Bolsonaro government has done is to transform the LAI into an instrument contrary to the principle of its creation, that is, to provide the greatest possible transparency on the actions of the State for the whole society as soon as there is a request.

The 100-year secrecy is questionable when it comes to public agents who make decisions that affect the state and society. And this opens space for a legal interpretation because, when it comes to public agents, information on public decisions that affect social reality must be made public. Although the LAI establishes 9 hypotheses of access restriction, among them those referring to “the person of the President and Vice President of the Republic and their respective spouses and children”, this condition is only maintained until the end of the term of office and must only refer to personal data, except in cases included in the LGPD, Article 4, section III.

The discussion, therefore, revolves around the content of the act itself, which, in principle, cannot be omitted, if the citizen so demands, since it concerns persons involved in investigations already concluded that have been published and are of broad social interest.

Both the LAI and the LGPD were created with the aim of raising the reliability of public affairs and protecting citizens against abuses, to ensure healthy relations between the constituted powers and the social and political agents. By protecting the citizen from possible outrage and creating an environment of trust and transparency, it is possible to achieve better practices and actions for the common good.

Hiding, omitting, diverting the focus, deceiving and obstructing justice does not contribute to a harmonious coexistence among those who are part of any society. In a world permeated by highly invasive technologies, where personal data is worth as much as gold, it is essential that people know where public resources, as well as personal data, end up.

Public individuals also have the right to have their privacy preserved, but there is a hierarchy between these ordinary citizens and those who manage public assets. When public buildings are used to receive agents, whose interests are private, there is an interpretation of the law that the public interest must always be above private interests. If they seek personal gain, then the protection of their data must be questioned. Public goods must be protected, and this includes information about political representatives who exercise power.

If there is public interest in certain information, then such information should be published and not made private, as Carlos Affonso Souza, director of the Institute of Technology and Society (ITS) commented: “When the government denies access to a document for a hundred years, it does so not because the information is important for the security of the State, but because it understands that it is private and that there is no public interest in it”.

This is a good test for public institutions to demonstrate that they can give quick and reliable answers to the citizen, as well as to avoid dubious interpretations that can transform democratic instruments into tools that feed palace machinations. This is the true meaning of LAI and how good information governance should work through the efficient management of archives and documents.

At the same time, it should be remembered that it was during this mandate that Bolsonaro leaked, in a live broadcast, confidential data on the investigation of a virtual attack on the Superior Electoral Court (TSE), as indicated by the Federal Police report sent to the Supreme Court (STF) earlier this year. 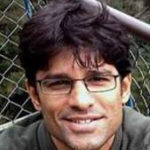