Brazilians looking for basic drugs in pharmacies and hospitals, such as antibiotics, allergy medicines and painkillers, find the shelves out of stock and are left empty-handed. A report published by the Regional Pharmacy Council of São Paulo (CRF-SP) supports this perception by pointing out the lack of medicines in pharmacies. Different ideological camps are debating various solutions to the problem, but the discussion does not seem to have reached the Brazilian electoral campaign yet.

According to the CRF-SP document, 98.5% of the pharmacists consulted indicated the lack of medicines, especially antibiotics. In July, the National Confederation of Municipalities (CNM) revealed that 80% of the municipalities faced drug shortages. The private network does not escape the high prices either: a survey published by the National Confederation of Health with 112 private hospitals revealed that 87.6% of them had difficulties in buying serum, in addition to facing a significant increase in the prices of other items.

The shortage affects even more pediatric drugs, intended for that part of the population particularly vulnerable to respiratory diseases.

The problem, however, is not a surprise. In the first semester, the National Council of Health Secretaries (Conass) and the National Council of Municipal Health Secretaries (Conasems) had already been warned about the lack of medicines. In June, several professional entities in the health sector joined forces to demand answers from the Ministry of Health.

The immediate reason for the shortage of medicines is Brazil’s dependence on imported inputs, especially from China. According to data from the Brazilian Industry Association of Active Pharmaceutical Ingredient, (Abiquifi) the country imports about 95% of the Active Pharmaceutical Supplies (API) needed to manufacture drugs for domestic consumption.

The Covid-19 pandemic has disrupted global production chains. On the supply side, the extension of blocking measures in China has affected the production capacity of its factories. Due to the pandemic, strong inflections have also been observed in demand patterns for manufactured products, including medicines.

In the case of the pharmaceutical industry, while demand for inputs needed to combat Covid-19 increased exponentially in 2020 and 2021, demand for other types of drugs declined. With the advancement of vaccination and the return to social life, respiratory diseases circulated again, making 2022 an atypical year: cases of respiratory diseases grew even before winter. The demand for medicines grew prematurely and found the pharmaceutical sector unstructured.

In addition, the war in Ukraine reinforced the inflationary process – which had already been stimulated by the resumption of demand for services – with the increase in fuel prices on the international market, which made transportation costs more expensive and had a generalized impact on prices.

The devaluation of the real also increased the price of imported products. In other sectors of the economy, prices are passed on to the consumer, as can be seen daily in supermarkets. However, the pharmaceutical industry is highly regulated and depends on government authorization to readjust its prices, which has an impact on its profitability.

Who is responsible for the shortage?

Given this scenario, it would be possible to conclude that the shortage of medicines in Brazil is a product of globalization: the economic liberalization of the last 40 years caused the displacement of industrial sectors to China and neighboring countries, where the “factory of the world” was installed. Thus, the other countries would be at the mercy of problems originating in Asian countries, with their hands tied to respond to unexpected fluctuations in supply.

According to this reading, the drug shortage crisis would not be a Brazilian crisis: different countries such as Germany, France, Canada, Australia, Sri Lanka, and Myanmar have also suffered drug shortages. However, it is worth noting that the latter two are facing severe economic crises, while the first three are observing specific drug rationing. This is not the case for Brazil, which has faced shortages of a broader list of medicines, including indispensable ones such as antibiotics.

In Brazil, despite more than 680,000 deaths from Covid-19, the Bolsonaro government has never changed course in terms of health policy. Despite changes in discourse, the strategy is the same: refrain from coordinating the response to the (dis)supply crisis. In the midst of campaigning for reelection, Bolsonaro remains silent. The Ministry of Health and the Brazilian Health Regulatory Agency (Anvisa) state that they cannot intervene in the causes of the crisis, attributed to external restrictions. As a palliative measure, an increase in the prices of medicines at risk of shortages was authorized and some taxes on the importation of supplies were reduced.

Despite the successful trajectory of federative coordination in health built since the creation of the Unified Health System (SUS), the Bolsonaro government refrains from mobilizing responses in collaboration with the federative entities to address the shortage. It also refrains from mediate, via Itamaraty, the importation of basic supplies, maintaining the inertia observed during the height of the Covid-19 pandemic when faced with the shortage of PPEs and the need to buy vaccines. Finally, it refrains from helping the most vulnerable sectors of the population: instead of expanding subsidies, it continues with the dismantling of the Popular Pharmacy and budget cuts in health to comply with the spending cap.

As medium/long-term responses, experts have proposed several solutions. On the one hand, the resumption of state activism to create a cutting-edge pharmaceutical sector, capable of reducing dependence on Chinese inputs. This requires large investments in science and technology and in the training of qualified personnel.

This proposal has been gaining ground in developed countries that have already consolidated pharmaceutical industries, such as France and Germany. In Brazil, Fiocruz has signed international partnerships to avoid dependence on Chinese factories, but its scope is limited by the absence of government support.

At the opposite pole, the liberal camp advocates further deregulation of the sector, considering that the ceiling on drug prices is an impediment to investments in the pharmaceutical industry. The choice for one of the alternatives is eminently political, but so far, this debate has been absent in the electoral campaign. 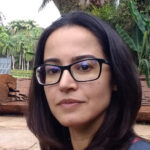 Associate Professor at the Federal University of the State of Rio de Janeiro (UNIRIO). PhD in Political Science from IESP-UERJ and Master’s Degree in International Relations from Universidade Federal Fluminense (UFF).