The results of the first round of Brazilian elections are a true reflection of what is happening at the political level in Latin America: the emergence and consolidation of new actors in the political arena, replacing those with a more traditional profile. A phenomenon that is expanding throughout the region and that in Brazil is not a novelty either.

In the 2018 presidential elections, Jair Bolsonaro broke with the dominance of the Workers’ Party (PT) and the Brazilian Social Democracy Party (PSDB), which have been vying for the presidency in Brazil since 1994. Despite being a federal deputy since 1991, Bolsonaro had always been a minority politician, defender of the military regime and torture, and who appeared on the major stage of Brazilian politics with an anti-system and reactionary platform, “to change everything”.

After his first term, with a catastrophic performance during the Covid-19 pandemic, which caused the death of almost 700,000 Brazilians, Bolsonaro reached the second round having received more than 50 million votes last October 2.

In Brazil’s National Congress, among the country’s 10 most-voted federal deputies, there are none from the PT or the PSDB. Still, there are figures such as Nikolas Ferreira, a far-right YouTuber who will serve his first term in the House receiving almost 1.5 million votes in Minas Gerais. But there is also Guilherme Boulos, who will make his debut in the office having received just over one million votes in São Paulo. Boulos is, in fact, a new exponent of the Brazilian left, coming from a small party that a few years ago only received votes in some liberal neighborhoods of Rio de Janeiro (Socialism and Liberty – PSOL).

From a historical point of view, we see that, between the 2010 and 2022 elections, Guilherme Boulos’ PSOL grew 366% in the National Congress, having gone from 3 seats to 14. Meanwhile, the PSDB fell more than 75%, going from 54 seats to only 13 elected in this year’s elections. The Liberal Party (PL), which Jair Bolsonaro embraced for the runoff, elected 99 deputies, a growth of 141% in relation to 2010.

The emergence of outsiders in the region

In the region, the emergence of political outsiders is also widespread. The second round of the Peruvian elections of 2021 was contested by two candidates from outside the establishment: Keiko Fujimori and Pedro Castillo, who ended up winning without ever having been elected to any other administrative position in Peruvian politics.

In Chile, also last year, two non-traditional politicians ran in the second round: Gabriel Boric and José Antonio Kast. Boric, from a party created in 2017, won with 55% of the vote. Candidate Yasna Campillay, supported by the traditional Christian Democratic Party (PDC), the Party for Democracy (PPD), and the Socialist Party (PS), only obtained 11% of the votes in the first round. The PDC, PPD, and PS formed the famous Concertación, which governed Chile between 1990 and 2010.

In Colombia, already in 2022, the final battle was between Gustavo Petro and Rodolfo Hernandez, of the peculiar League of Anti-Corruption Rulers. Petro, called “the first left-wing president in the history of Colombia”, and his vice-president Francia Márquez, a black activist, feminist and environmental advocate, won with just over 50% of the vote. In El Salvador, Nayib Bukele himself was elected president in 2019 breaking with 30 years of dominance by the country’s traditional parties (ARENA and FMLN).

A good explanation for this phenomenon is the result of the latest Latinobarómetro 2021 report which points to a huge discontent among Latin Americans with traditional political elites and obsolete parties that, since the democratic transition, have been unable to address the region’s chronic problems, such as inequality, corruption, and violence. In this context, the consequences for Latin American democratic regimes are clear, with a 14% drop in support for democracy measured by Latinobarómetro between 2010 and 2020.

In this framework, some aspects can be highlighted on which it is necessary to reflect. First, it is clear that it is not enough to defeat anti-democratic platforms. It is also essential to make institutions work for the people (and not only for the elites). Today we defend institutions that have shown themselves incapable of universally providing for the basic rights of citizens, and we do so only because we have no better option.

Second, it is important to understand what many authors understand as changes in political culture that occur in parallel to transformations in the communications infrastructure. Digital media, for better or for worse, have brought new forms of participation and new formats of political information, which put pressure on traditional parties in the face of new actors more adapted to the dynamics of the Internet. 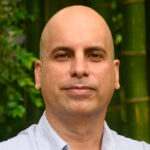 Professor of Political Communication at the Pontifical Catholic University of Rio de Janeiro (PUC-Rio). Associated researcher at the National Institute of Science and Technology in Digital Democracy (INCT.DD).