Given the results of the elections in Brazil, the two main political-electoral forces are building their own victory narrative. Lula da Silva’s campaign poured all its energies into a first-round victory. They knew they were close and that in the second round the dispute would be even more hostile. What they did not expect was that Bolsonarism would grow so much. The electoral result shows an ambivalent scenario, in which there are antagonistic celebrations, given that both Petism and Bolsonarism advanced objectively.

The Workers’ Party (PT) grew. Lula came close to victory in the first round with 48.43% of the votes, surpassing Bolsonaro by more than 6 million votes. It was also 25 million votes more than the performance achieved by Fernando Haddad of the PT in the previous elections. In addition, the presence of the PT in the National Congress increased from 56 to 68 deputies, although it may have more weight if it wins the elections and manages to compose supports and alliances that allow it to build a scenario of governability. To the left of the PT, a series of social movement candidacies rose, some significant grassroots organizations (landless, homeless, and indigenous), other collectives and anti-racist fronts, feminists, and sex-gender regime dissidents.

At the same time, the rise of Bolsonaro and the authoritarian and reactionary right-wing is devastating and worrying, achieving a historic result. Bolsonaro reached 43.20% of the votes, almost two million more than he obtained in the 2018 presidential dispute. Several Bolsonaro allies achieved good results in different states of the country, winning Rio de Janeiro in the first round and leading the dispute in São Paulo, which is going to a second round. Bolsonaro’s biggest advance was in Congress and the Senate, becoming the main political force in both chambers.

The polls were right with Lula, but not with Bolsonaro. But the problem is not the polls, but the expectations generated. In the last two days before the elections, there was a meteoric rise of the pro-Bolsonaro vote for several reasons: the undecided last-minute decision, last electoral debate, displacement of the ‘useful vote’, invisible mobilization in the territories and in the digital networks. Polls are not static and try to project forecasts, which are fickle to rapid changes, especially last-minute ones.

Beyond the electoral terrain and the use of institutional and governmental machinery, Bolsonarism has taken root in Brazil recently as a cultural and societal project. Bolsonaro’s presence on social networks is overwhelming: twice that of Lula on Twitter and TikTok, and three times greater on Facebook and Instagram. WhatsApp and Telegram were key to spreading fake news and mobilizing affinity networks. In the last four years, Bolsonarism continued to gain space in the territories, either with the militarized control of life and bodies through its militias or with the material and subjective dispute, which has mobilized from the churches to social policies such as Auxilio Brasil, a policy of income transfer to the most impoverished population, which was enhanced in the last months.

Therefore, we cannot think that the vote pro-Bolsonaro is, once again, only an anti-PT vote. That was useful for the 2018 presidential elections but no longer for this occasion. The four years of Bolsonaro’s government had an ambivalent effect. On the one hand, it increased his rejection in part of the population, mainly the moderate and liberal right that had initially supported him. On the other hand, Bolsonaro delivered a good part of what he promised, benefiting the elites and feeding, among his followers, an idea of ‘coherence’, which strengthened him in the eyes of his social base and diverse sectors.

Challenges for the coming weeks

Assuming this diagnosis is fundamental for the democratic forces in Brazil to be able to face the second round on October 30 as a complex and critical scenario, which cannot be summarized in a calculation of numbers. Guaranteeing the support to Lula of the third and fourth electoral forces (Tebet and Gomes) is important, but it does not guarantee that their electorate will vote for the PT candidate. The same goes for the strategy of betting all the chips on the votes of São Paulo and Rio Grande do Sul, key states where Worker’s Party expected more votes in the first one.

It is necessary more than that. It is necessary to try to mobilize society (massively also in those places where Lula won in the first round) and that each anti-Bolsonaro voter gets actively involved in the campaign during the next weeks. In the first round, the climate of fear imposed by Bolsonarism restricted a broader electoral mobilization. But if we want love to win over fear, fear must be faced.

Besides, Lula cannot continue to be only a candidate of the past, who takes refuge in his previous successes. He must take up the dilemmas of the present and think about the future. Mobilize agendas and concrete proposals of his program, both in terms of central issues of popular concern (security, employment, hunger, poverty, and inflation), as well as fundamental agendas of our historical time (water, climate change, energy transition).

Nor should we forget that there was a 20% abstention rate. And that, of the 156 million voters in Brazil, one-third did not vote for either Lula or Bolsonaro, opting for abstention, blank or null votes, or for other candidates. This significant part of the population does not identify with the polarization that has taken over Brazilian politics lately. It is tired of Lula and fed up with Bolsonaro.

During the campaign, the construction of a ‘third way’ to polarization did not work, because it continued to reproduce the logic of the old politics. The challenge, in this case, is to move forward, with part of this population, toward a new societal project and transformation of the country that excites and re-politicizes conflicts. This cannot be done overnight. But we must take advantage of the next few weeks, in which politics will be at its peak, to begin to move between support for Lula and democracy and the path to the world we want. 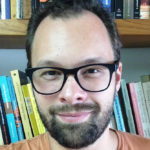 Professor at the IESP of the State Universiy of Rio de Janeiro (UERJ) and researcher at the Complutense Univ. of Madrid. He is a member of the board of directors of the Latin American Sociological Association (ALAS) and a member of the Southern Ecosocial Pact.