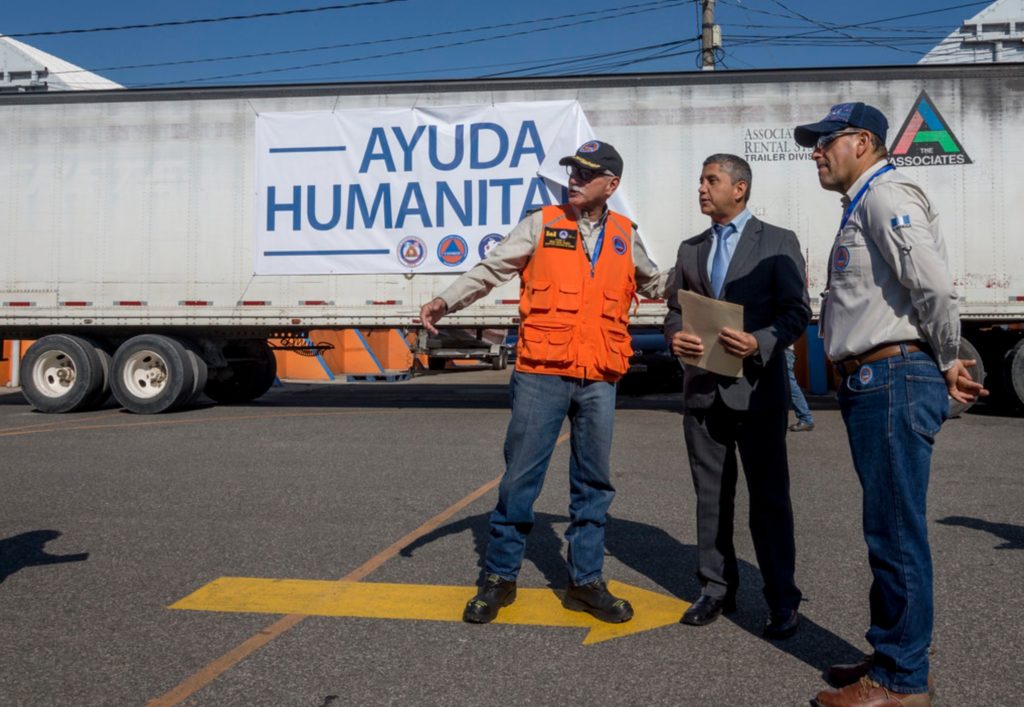 Central America is at a tipping point. The region is facing a multiplicity of crises that have made it, despite the extreme fragility it has been experiencing for three decades, even more vulnerable.

The pandemic has widened inequalities and, with it, poverty (from 33.7% to 40.2% in Nicaragua), and extreme poverty (from 7.4% to 11.9% in El Salvador), and has aggravated the structural weaknesses of national economies (contraction of 6.2% of regional GDP in 2020), according to a report by the Executive Secretariat of ECLAC (2020). Historically, the structural realities of socio-economic inequalities coincided with fragile, if not collapsed, states and produced high rates of violence.

In this context, another type of problem emerged on the agendas: the evidence of climate urgency in Central America. With two hurricanes, Eta (November 13-14) and Iota (November 17-18), the region is suffering the effects of climate change. However, support for reconstruction is once again being questioned and helping the region is presented as a political and moral dilemma.

This reflection is based on two aspects: the promise of renewed attention from the new U.S. administration (with a new Plan to Build Security and Prosperity in partnership with the people of Central America) and the arrival of international aid in the wake of hurricanes Eta and Iota.

Why a political dilemma?

In 1998 the region was violently impacted by Hurricane Mitch. It was a first manifestation of the devastation that such climatic episodes could produce in the face of the inability (to protect and rebuild) and lack of preparedness (to anticipate) of the States in the face of climatic risks. Even then, the problem of the limitations of the Central American States in terms of regulation and compliance with their sovereign duty was already being raised.

At that time, the region was “flooded” with international cooperation funds, particularly through the Madrid Group, which helped to articulate a “Transformation Agenda for Central America for the 21st Century”. The objectives were to strengthen the capacities of the States.

What have the results been after more than twenty years? Non-existent or insufficiently developed capacities; co-optation (if not “capture”) of external cooperation funds; massive corruption. In the post-Mitch 1998, the Nicaraguan case was emblematic for the detour of millions of dollars.

Currently, there is a feeling of “déjà-vu”. Faced with the impact of hurricanes Eta and Iota, aid pledges multiplied: among others, the IDB with 1.2 million dollars; the International Organization for Migration (IOM) with 750,000 dollars” or USAID with 17 million dollars.

The deployment of this post-disaster aid once again raises the question of the capacity of States to implement it. In this framework, President Biden’s future initiative consisting of a revival of the former “Alliance for Prosperity” plan is presented. Created in 2014 to strengthen governance in the region with a billion dollars contribution, the plan was canceled under the Trump administration at the beginning of 2017.

It was announced during the election campaign the reactivation of the US commitment to Central America with a four billion dollars program for migration, security, rule of law, corruption, and anti-poverty development.

However, both reconstruction-oriented aid and US cooperation are taking place in a context of very high institutional fragility, intensified by the economic, social and health crises. Democracies have been further weakened by serious cases of corruption and high political-institutional instability.

In such contexts, there is a risk of detour, co-optation or capture of resources.  Indeed, when Joe Biden states that “the challenges ahead are formidable. But if the political will is there, there is no reason why Central America cannot become the next great success story of the Western Hemisphere,” he hints at a long series of challenges. Will the post-Mitch effects be replicated in Central America?

Since 1998, climate threats have intensified and have been diagnosed as irreversible. In this context, the Central American Isthmus is one of the most vulnerable regions on the planet. As a politician, the dilemma has become moral.

After the passage of two hurricanes, a dark future is looming for the region. Global warming will intensify climatic events (floods, droughts, hurricanes and storm surges) with immediate consequences (landslides, windstorms, destruction of homes, displacement, etc.). And Central America will have to face a wide variety of natural hazards (seismic, extreme weather events, sea level rise).

In view of the disasters that have occurred and, above all, of the limited capacity of the States, the question of aid deployment must be put in new terms. How long will the idea that populations and territories threatened by climate change can be addressed through international aid hold up?

At the global level, the legitimacy of States is questioned because they lack a regulatory framework for dealing with transnational phenomena. In Central America, there are highly vulnerable societies and, above all, delegitimized and collapsed States, with the exception of Costa Rica and Panama.

Central America -especially the countries of the Northern Triangle- is a region of outgoing human flows and this will intensify with the successive climatic disasters that will turn parts of its territory into inhospitable areas.

In short, the foreign policy of the new Biden administration and the reactivation of aid to the region, as well as the rest of the international aid injected into regions suffering from natural disasters, invites reflection in order to avoid repeating mistakes. In addition, the nature of the aid itself must be reevaluated so as not to continue applying patches instead of attacking the structural causes.

This double dilemma leads us to think about adaptation and the extent of the human consequences in the medium and long term, as well as the plurality and heterogeneity of the actors that can intervene, beyond the state.

New modes of governance, particularly regional and multilateral ones, must be taken into account in this scenario. In this perspective, the strengthening of cooperation between States, the consolidation of regional technical institutions and a greater insertion of the region in multilateral diplomatic arenas are some of the main challenges facing Central America in the twenty-first century.

Full Professor of Political Science at the Univ. of Tours (France) and researcher at the Political Observatory of Latin America (OPALC) at Sciences Po (Paris). PhD in Comparative Politics from Sciences Po. Specialized in comparative regionalisms and Latin American politics.