A few weeks after the historic Chilean plebiscite, what explains the categorical difference between the results of the 2020 and 2022 plebiscites? While in the 2020 plebiscite 78% of the voters were in favor of starting the process to replace the current Constitution, in the exit plebiscite around 62% of the voters rejected the proposal for a new Constitution elaborated during the last year by the Constitutional Convention. With mandatory voting, the “rejection” option won in all the regions of the country and at the local level, the “I approve” option narrowly won in only 8 of the 345 communes of the national territory. In turn, in terms of demographics, rejection won among men and women and in all age groups.

How can such differences be explained? The causes have to do to a large extent with the configuration of the Constitutional Convention and the text that emanated from it. The Convention quickly lost its original legitimacy and the resulting text became controversial. In fact, the reasons for winning seats in the Convention are similar (or even identical) to the reasons why the approval lost the exit plebiscite.

First, the Convention was elected with a proportional electoral system (based on that of the Lower House, but with modifications) and voluntary voting. This meant that representatives were elected with relatively low levels of participation (43% of the electoral roll voted). As a result, many personalities won seats based on demands that were deeply felt by some sectors but at the same time niche. Several of these numerous demands reflected in the proposal did not resonate with the broad electorate that participated on Sunday, September 4 with mandatory voting.

Secondly, independents were very prominent in the Convention thanks to the facilities given to them to compete in an atmosphere of criticism of the traditional parties. Although groups of independents played an important role in the search for agreements, several representatives outside the parties were the protagonists of some of the most controversial and resonant episodes during the sessions. Political independence, initially seen as a virtue, ended up damaging the Convention in public opinion.

Another important factor was the criticism of the governments in power. When the convention members were elected in May 2021, the right-wing was harshly punished at the polls; this was at least partly due to the criticized management of President Sebastián Piñera’s government. This year, the approval vote was closely aligned with the low approval of President Gabriel Boric, who had a very brief honeymoon in the context of inflation, economic stagnation, and citizen insecurity.

The convention also incorporated 17 reserved seats for the country’s indigenous peoples, whose representatives were generally located on the left wing of the convention. The constitutional proposal contained many changes with respect to these peoples, some of which (e.g., plurinationality) were questioned not only by the right but also by sectors of the center-left. These innovations did not resonate with indigenous voters: in places like Puerta Saavedra, in the south, where almost 80% of the population is of Mapuche ethnicity, 68% of the population preferred to reject.

Chile is thus left at a crossroads, with a Constitution in force evicted since 2020, but with no replacement in sight. Looking ahead, however, an important lesson: the intention to involve the citizenry through plebiscites, elections of representatives, and popular initiatives may help to legitimize, but does not ensure that the constituent process will be successful. In fact, citizen participation does not replace the ability of the process to better align itself with the interests of the different political sectors.

The uncertainty regarding the continuity and form of the constituent process is, weeks after the exit plebiscite, quite high. It is the responsibility of all political parties with democratic aspirations to pursue a process that leads to the adoption of a new constitutional text that does attract citizen majorities. 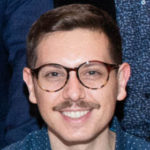 Political Scientist. Associate professor at the Department of Political Studies at the University of Santiago de Chile and associate researcher in the Center for Conflict and Social Cohesion Studies (COES). PhD in Government from the University of Texas at Austin.