The loss of the approval in the referendum has led to widespread disillusionment among the groups that advocated the change of the Chilean Constitution and, on the contrary, great joy among those who defended the legal status quo of the 1980 Constitution. These are emotionally understandable reactions, but they require reflection. The examination of the defeat of the Apruebo Dignidad, the left-wing Chilean electoral coalition, will have to be done calmly and with sufficient elements of unbiased analysis, and it is only now possible to make a first attempt.

Is there a problem in the actual content of the proposed Constitution? It is necessary to take a look at the debates during the campaign to get closer to the main problem of the project. The draft contains an important cargo of human rights, but this fact is obscured by several risky, unnecessary, and difficult to understand decisions. For example, the public discussion about the end of the unity of the Chilean State.

A Constitution does not need to declare in writing its multinational nature, a concept theoretically relevant but difficult to explain in the political field. It is enough to incorporate its meaning materially, such as by guaranteeing the rights of indigenous peoples or the recognition of their acts. Nor is it necessary (in this case, not even theoretically correct) to state that sovereignty resides in the people “made up of diverse nations”; it would be enough to include instruments of participatory democracy to make this sovereignty effective. These are inputs that did not shed light on the debate. On the contrary, it caused a lot of confusion. A Constitution is not a treatise on constitutional theory; it is the fundamental norm of a State that reflects its foundations.

To the common population, these debates do not arouse any interest. In fact, it considers them counterproductive because they divert attention from the real demands that drove the Chilean people to take to the streets in October 2019. Their concerns are usually those that affect social rights (work, housing, health…) and will allow them to live better.

Although the constitutional project advocated for a strong social welfare state, it was not the primary message of the project, nor was it adequately communicated. People also want to be counted on to decide important issues, including reforming the Constitution. In the project presented, the reform of the Constitution did not require a popular decision. Once the innovative proposal to move towards a parliamentary system was abandoned by the Convention, the government (presidential, with minor adjustments) remained the same.

Legislative bicameralism continued but transformed into a chamber of territorial representation without any real legislative powers in the regions. These were transcendental issues that could have been better dealt with in the Convention; but the Convention occupied its time with other matters, such as discussing regulations that mattered little to the people.

The rejection campaign gained momentum with these missteps and other errors, which were widely susceptible to instrumentalization. Let us recall the spectacle offered at certain moments by the Constitutional Convention. Whether it was due to inexperience, lack of responsibility, or both, one could open the front pages of the day and see clearly the difficulties to build consensus, and various trifles. In the end, the nights went on seemingly forever in a desperate attempt to meet the deadlines. The Convention saw its credibility eroded rapidly, and its political capital squandered. The Apruebo campaign did not have it easy.

If a constituent process is the best time to build consensus in a country, this one certainly was not. Those in favor or against the project were looking for unconditional support with no possibility of rapprochement. It was black or white; now or never; Pinochet, yes or no.

But real democracy is not when the will of a majority is dictated to another, but when the government builds the foundations of consensus for an agreement accepted by the majority. The confrontation ended in a train wreck that was more similar to a presidential election than to the collective construction of a constitution. Had Apruebo Dignidad won, the problem would be the same – to believe, wrongly, that in a democratic constituent process there are winners and losers.

In confrontations, the winner is the one who takes better advantage of the opponent’s weaknesses. In a society where fake news is massively distributed with the click of a finger, someone can believe that the country would have two flags, or that the State would seize the assets of families, with a simple self-interested interpretation of a text. Not taking into account the occurence of this type of information (disinformation, but information for those who receive it without a greater critical scaffolding) is political suicide. In other words, it does not allow us to know the reality in which some social sectors are operating, nor does it allow us to take into account the fact that those who position themselves against democratic progress will put all the necessary resources intolarge-scale smear campaigns. It is worth recalling the recent cases of Brexit in Great Britain and Trump’s “victory” in the United States to become aware of this reality of our time, and of the need to confront it with the appropriate tools.

It is worth adding to the analysis the enormous political mistake that was the decision taken by Apruebo Dignidad to propose to reform the Constitution immediately after its approval, when it had not even been born yet. It is not difficult to glimpse the harsh impact that a message of this caliber has on an electorate that is summoned to vote for a constitution that is recognized to be poorly drafted and will be reformed the day after its approval.

These are decisions that discourage support and that can only be the result of a cold laboratory of partisan analysis. If we add to this another big mistake, forcing voters to vote (compulsory voting, which had been banished in Chile up until then), the consequences were not hard to see. Compulsory voting translates into contempt for the democratically legitimate option of not participating in a given vote for the reasons that each one believes legitimate. Compulsory voting creates biases in electoral behavior that alter the democratic decision, as the approach to the ballot box is not made from the same perspective when someone wants to willingly participate. Instead, you get an artificial, compulsory choice.

There are many questions that the Chilean experience has left us, such as the convenience of referendums responding to dichotomous and not complex questions, or the way in which the constituent assemblies should channel the popular will. There will be time for these reflections. What seems clear is that a concrete constitutional project has been dismissed, but the will of the Chilean people to leave the past behind remains intact. Therefore, the constituent process is still very much alive. 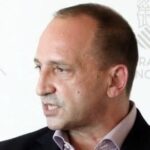 Professor of Constitutional Law at the University of Valencia (Spain). Doctor in Law. Specialized in democracy and constituent processes with focus on Latin America.