On Sunday, September 4, Chile held the most important election since the transition to democracy, or perhaps the most important in its history. The purpose of this election was to allow Chilean men and women to approve or reject, through a ratifying plebiscite, the new Constitution drafted by a parity Constituent Convention made up of 155 members directly elected by the citizens.

The decision to give the electorate the opportunity to express their agreement or not with the drafting of a new Constitution and to choose the mechanism to do so was materialized on November 15, 2019, through a pact signed by the main political parties with parliamentary representation. The so-called Agreement for Social Peace and a New Constitution was the desperate response of a political class that was completely overwhelmed by a crisis of legitimacy of biblical proportions.

This crisis reached its climax during the social outburst that began on October 18, 2019, when thousands of Chilean men and women took to the streets en masse, for several weeks, to demonstrate their discontent and demand change. One year later, almost 80% of the voters who participated in the so-called plebiscite of October 25, 2020, agreed with the drafting of a new constitution by a Constituent Convention elected by the citizens.

This overwhelming support for a new Constitution contrasted sharply with the result of the election held on Sunday, September 4. Indeed, 62% of those who went to the polls during the election day rejected the proposed Constitution. In practical terms, this means that the current Constitution, written (despite the adjustments it has since undergone) during the military dictatorship presided by Augusto Pinochet, remains valid.

The triumph of the “rejection” this Sunday was within expectations, at least if we take into consideration that practically all opinion polls carried out during the previous weeks predicted this result. However, the outcome of this election was undoubtedly surprising in at least three ways. First, no one anticipated that “rejection” would be so widely imposed, surpassing “approval” by 24 points. Second, in 97% of the municipalities and in all regions of the country (including the Metropolitan Region of Santiago), the electorate rejected the proposed constitutional text. Third, even considering that in this election compulsory voting with automatic registration was introduced, the level of participation was unusually high for Chile. In a country where electoral participation had been falling since the transition, reaching a plateau around 50%, it is not surprising that in the exit plebiscite it reached 85% of the electoral roll. Consequently, the triumph of the “rejection” was, undoubtedly, as overwhelming as it was transversal.

The causes of this categorical result are probably diverse, and it will take some time to unravel their roots. However, some preliminary explanations can be speculated. On the one hand, the Constitutional Convention experienced a drop in confidence levels and has not been exempt from the same legitimacy problems that have affected the political elite. According to the Pulso Ciudadano Survey, in July 2021, 73% of respondents reported high or intermediate levels of confidence in the Convention, but that figure dropped progressively to 39% in June 2022.

It is very likely that the distrust of the Convention members translated into a rejection of the text they produced. Secondly, the composition of the Convention proved to be problematic. A good part of the Convention members, who presented themselves as independent, lacked previous political experience, which probably made negotiations difficult and favored a view focused on particular and maximalist objectives. Third, the proposed constitutional text emphasized aspects that likely did not reflect either the preferences or the priorities of the citizenry. Finally, some key aspects of the proposed Constitution were not clearly communicated and were presented in a discourse that generated high levels of suspicion and uncertainty among a citizenry that has been on edge for three years. Most probably, the relatively low levels of approval of this government’s management by the citizenship have not contributed to cement support for the new Constitution.

Regardless of the possible causes of this outcome, the obvious interpretation of the contrasting electoral results of the entrance and exit plebiscite is that the citizenry wants things to change, but not in the direction outlined in the proposed Constitution. As a result, what should probably come in the near future is a new process of constitutional changes aimed at capturing the hearts and minds of the citizenry.

In the immediate term, this new stage will require a cabinet reshuffle, reinforcing the presence of experienced political actors who are capable of both engaging in a fluid dialogue with the opposition and establishing broad and inclusive agreements. Congress will have a crucial role to play in facing the political challenges brought about by this electoral result, and the government of President Gabriel Boric will have to work hard to promote greater levels of cohesion within a highly fragmented left. The opposition will have to fulfill the commitment it made to the citizenry to “reject in order to reform” avoiding the temptation to opt for cosmetic changes that do not address the deep discontent that led to the social outburst.

Promoting an agenda of constitutional changes in a polarized and disenchanted country will not be easy and will require political parties and leaders to be willing to negotiate, compromise, and make difficult decisions on complex issues. A major challenge to overcome is that no political force has a majority in Congress. For this reason, it will be imperative for parties and political actors on both sides to be willing to build a broad coalition, promote discipline within Congress and behave with a significant level of responsibility and generosity. 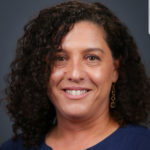 Dean of the Faculty of Social Sciences and History of the Diego Portales Univ. (Chile). PhD in Political Science from the Univ. of Notre Dame. She has been a visiting professor at the univeristies of Harvard, Leiden and Oxford, and at the Kellogg Institute for International Studies.