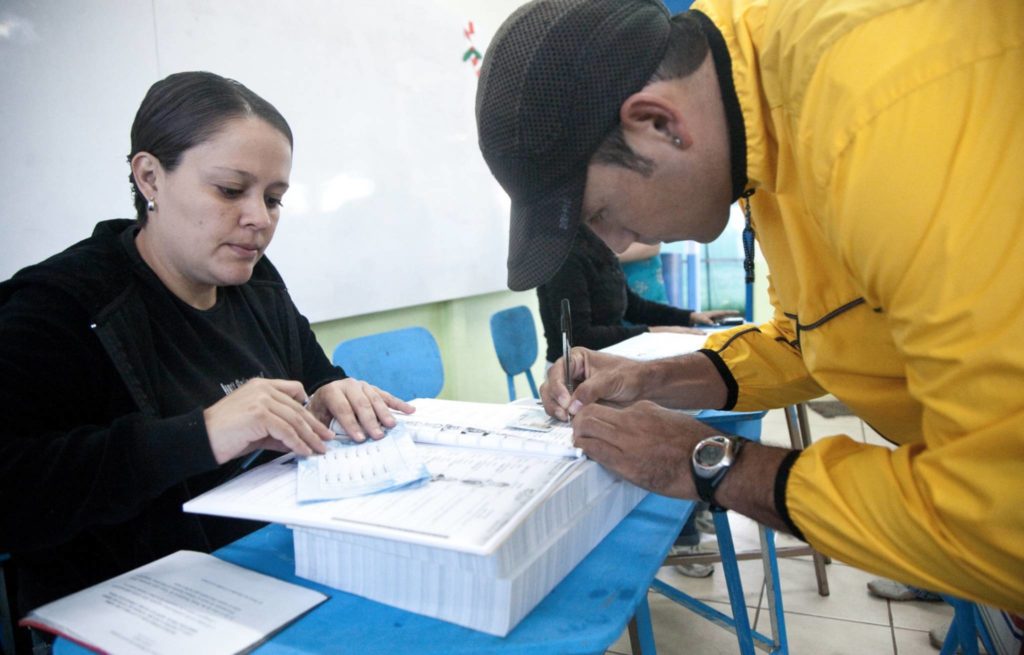 All polls and studies agree that the word that best defines the current electoral race in Costa Rica is uncertainty. A relative uncertainty, of course, because more than half of the population believes that the next president of the Republic will be José María Figueres, the candidate of the social democrat National Liberation Party (PLN). But the considerable dispersion of candidacies and the high level of undecided voters (more than 40%) validates this feeling of uncertainty, since, although there is agreement that no candidate will win in the first round, it is impossible to predict who will advance to the second round.

The underlying problem is that this lackluster and uncertain campaign is taking place at a time of national crisis not seen since 1984, when the great debt crisis rocked the nation. This has been repeated by most of the candidates, several of whom speak directly of the national emergency in which the country finds itself. And, of course, such a serious coincidence between economic stagnation and socio-political crisis has not occurred in a long time.

Immediately before the pandemic started, Costa Rica showed a serious macroeconomic imbalance. The sharp increase in debt and fiscal deficit forced the government to launch Law 6935 on Strengthening Public Finances, which led to a sharp decline in consumption and a considerable increase in social unrest. In any case, at the beginning of 2019, the debt reached 60% of the GDP and the fiscal deficit reached 7% of the domestic product.  It was in this context that the pandemic landed at the beginning of 2020. The economic contraction of that year was close to 5% of the national product, and health expenditures further aggravated the situation of public finances: the debt rose to over 70% of GDP and the fiscal deficit increased even more.

The government of the Citizen Action Party (PAC), headed by Carlos Alvarado, accepted that the country was going to immediately go bankrupt if it did not turn to international support and entered negotiations with the IMF. In September 2020, there was a social explosion against the negotiation with the Fund that, in turn, paralyzed the country for several days and reminded many of the protests in Chile the previous year.

Presently, only a few days before the elections, the true scope of that social outburst has come to light: the leaders of the protest had asked the then president of the Assembly, Eduardo Cruickshank, to form a government because the ultimate goal of the mobilization was to overthrow President Alvarado. The prospect of a coup in a democracy like Costa Rica’s gives an idea of the seriousness of the socio-political crisis.

The plummeting popularity of the outgoing government, in the midst of resounding corruption scandals, could lead to the outright collapse of the governing party, the PAC, which would not only lose the elections outright (polls give it 1% of potential votes) but even faces the risk of becoming totally irrelevant in the Legislative Assembly.

Two successive governments have been enough to undermine the foundations on which the configuration of the PAC was based. But perhaps the most worrying phenomenon is the low level of mutual trust that the country is experiencing. Ticos and Ticas do not trust public institutions, but neither do they trust each other. The latest studies show levels of mutual trust similar to those in countries such as El Salvador or Nicaragua.

It is not surprising, therefore, that the attempts to reach basic agreements to resolve the national crisis have not come to fruition in this legislature. Basic ingredients, such as the credibility of the convening leadership and a minimum level of mutual trust, were completely missing.

Under these conditions, there are two phenomena that are likely to be present in these elections: choice by discard (or election of the least bad option), and the existence of a high level of hidden voting intentions. These are not new phenomena, because they already manifested themselves in the 2018 elections, but in the current elections they seem to be more pronounced.

In the latest polls the percentage of undecided has risen again to 49% and the most frequent answers point to most voters choosing by discarding. But most observers believe that the increase in undecided voters contains an appreciable amount of hidden vote. The electorate is unwilling to declare for whom they will vote because, among other reasons, there is also a high vote of manifest rejection.

For example, the candidate leading the polls, José María Figueres, faces this serious circumstance: 40% of those polled affirm that they would never vote for him, which casts doubt on his victory in the second round. Lineth Saborío, the Social Christian Unity Party (PUSC) candidate, seems to face a lesser rejection, and appears as second option in the polls.

There is speculation as to what will be the final fate of this hidden vote. Everything indicates that a part of it would go to the PAC, which would hardly remain viable with only 1% of support. Another part would be oriented towards Figueres himself, despite the contrary vote that is being made public. And perhaps in that hidden vote there is also some proportion of voters who would support Fabricio Alvarado of the New Republic party. This party represents the confessional sectors, mainly evangelicals, who already lost in the last elections for having proposed the separation of Costa Rica from the Inter-American Court of Human Rights, when the latter ruled in favor of homosexual marriage.

In any case, the potential surprise of whoever claims second place in the next round getting elected president cannot be ruled out, given the level of rejection presented by the main political forces. And most likely the candidate elected would do so with a very small proportion of the electoral roll.

Thus, we can speak of a vicious circle between electoral uncertainty and economic and socio-political crisis. The dispersion of candidacies and the high level of undecided voters are not simply epidermal political phenomena but reflect deeply rooted problems in the bowels of society. There is no doubt that the next president will have to walk on a razor’s edge. Even if he obtains some initial period of grace, any setback in his administration will bring forth new manifestations expressing the accumulated social unrest. It is difficult to estimate the degree of turbulence on the horizon.

Enrique Gomáriz Moraga Prepared his PhD in political sociology with Ralph Miliband. He participated in Zona Abierta and the re-founding of Leviatán. He was the first director of Tiempo de Paz. He worked at FLACSO Chile and has been an international consultant for agencies such as UNDP, UNFPA, GIZ, IDRC, IDB. He currently resides in San José, Costa Rica.

He has been a consultant for agencies such as (UNDP, UNFPA, IDRC, IDB). He was director of Tiempo de Paz and studied Political Sociology at the University of Leeds under the guidance of Ralph MIliband.