On October 2, decisive elections will be held in Brazil’s history. Although all electoral disputes are important, perhaps, this year, are the most important ones as they are taking place amid the greatest crisis of Brazilian democracy since the transition, in a climate of high polarization and political violence. The latest polls show Lula da Silva as the favorite with 47% of the votes. Jair Bolsonaro is in second place with 33%, while candidates Ciro Gomes and Simone Tebet have less than 10% support and are technically tied. The elections will be, therefore, a fight between Lula and Bolsonaro, but at the current juncture they represent much more than that: they reflect two opposing visions of the country.

The electoral campaign officially began in August. Since then, it has been going full steam ahead in television debates, social networks, and other spheres. However, the climate of polarization and the exacerbation of political violence, which has led to murders and injuries, in addition to numerous attacks on journalists, public officials, and researchers, has produced an atmosphere of fear in which people are self-censoring or afraid to express their preferences. According to Datafolha, almost 7 out of 10 Brazilians now say they are afraid of being physically assaulted because of their political choices.

Their fears are more than well-founded. While political violence is not a new phenomenon in Brazil, and cases such as the murder of councilwoman Marielle Franco in 2018 went around the world and became emblematic of the fight against gender and racial political violence; since the arrival of Jair Bolsonaro to the presidency, political violence has assumed unprecedented levels. According to the Observatory of Political and Electoral Violence of the Federal University of the State of Rio de Janeiro (OVPE-Unirio), during the first half of 2022 alone, this phenomenon has caused more than forty deaths in the country.

Moreover, unlike in the past, when violence was confined to politicians and specific sectors, today it is a generalized trend in which ordinary citizens play a central role. This is a consequence of the increased climate of hatred that has taken hold in the country, supported and legitimized by an authoritarian president who praises torturers from the military dictatorship, but also by a society that has an unprecedented number of weapons at its disposal. Almost half a million revolvers and pistols have been imported since 2019, a record number compared to the last two decades.

The climate of hate has also led to attacks on journalists, and human rights and environmental activists, with special emphasis on the case of women, Afro-descendant, indigenous and LGBTQIA+ populations. As if that were not enough, according to the Observatory of Research, Science and Freedom of the Brazilian Society for the Advancement of Science (SBPC), the climate of hatred and threats toward government critics has also put academic freedom at risk. Nearly 6 out of 10 respondents know of experiences of people who have suffered undue limitations or interference in their studies or classes.

But the aggressions are not restricted to civil liberties. Bolsonaro’s attacks on all institutions have been constant since his arrival in government. The questioning of the electoral system and the outcome of the elections, alleging that the electronic ballot boxes are deficient and that “if he does not win in the first round with more than 60% of the votes it is because something abnormal happened in the Supreme Electoral Tribunal (TSE)”, is just one more episode in a long list of coup threats.

The seriousness of the democratic crisis the country is going through is expressed in threats such as those aforementioned and in the permanent lack of respect for the independence of the powers of the State. In this process, the President has the support of several anti-democratic sectors and part of the Armed Forces, which has demanded the TSE to test the integrity of the ballot boxes on election day, despite the fact that the transparency and efficiency of the Brazilian electoral system are internationally recognized.

In this context of serious threats to Brazilian democracy, the alliance between Lula da Silva and Geraldo Alckmin, former governor of São Paulo, the historic leader of the Brazilian Social Democracy Party (PSDB), and a former adversary of Lula, acquires a foundational character. The union for the defense of the country’s democracy has also allowed the formation of a broad front that brings together several former presidents and representatives of various political sectors, such as Marina Silva, Fernando Meirelles, and Guilherme Boulos. Businessmen, intellectuals, and artists have also signed petitions and promoted pro-democracy events.

One of the latest actors to join is the intellectual and former president Fernando Henrique Cardoso, who recently published a letter in favor of democracy. Without explicitly mentioning Lula, the former president called for voting for “those who are committed to fight against poverty and inequality, defend equal rights for all” and are committed “to strengthen the institutions that guarantee our freedoms”.

In the face of one of the most delicate crises in recent history, this decisive moment demands dialogue, responsibility, and commitment from all those who seek to deepen democracy in the country. And given the importance of Brazil, the international community, beyond exerting diplomatic pressure and sending electoral observation missions, must make its voice heard through international solidarity initiatives with Brazilian democracy and the holding of free elections.

Elections are the heart of democracy, but as denounced by various sectors, Brazil runs the risk that the results of the October elections will not be respected and that an unusual climate of authoritarianism, violence, and instability will be established. In such a scenario, democracy and the reconstruction of the country should matter to all of us. 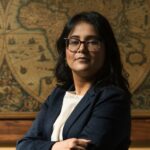