The Fourth Transformation (4T), designed by President Andrés Manuel López Obrador, is approaching a culminating point. In 2024, it will be determined whether the project will have continuity or will be stopped in its tracks by the opposition. In this context, it is worth asking whether what stands out about the 4T is its story or its argument.

From a literary perspective, there is a substantial difference: a story is a mere description, a lower level compared to the plot. The latter has its attributes such as explanation, causation, and justification.

There is a paradox: the Mexican president who has been most committed to communicating does not seem to have yet made the leap from the story to the argument. In his morning conferences, known as “las mañaneras”, he exercises more the profession of a storyteller, which he is so passionate about, than that of a novelist, which imprints depth and content to his sayings. There is a marked distance between superficiality and complexity.

It is true that superficiality helps most of the public to better understand what is being told, but abusing simplicity is detrimental to the exigency because the former is necessarily accompanied by the absence of details and nuances.

In the less than two years left before leaving power, the task of the federal government headed by López Obrador will have to show that a Fourth Transformation is underway or that, at least, the foundations for it are being laid. Concrete results rather than aspirations.

The Mexican president has already accumulated more than a thousand-morning conferences in which he reports on the state of the country. In the first one he held four years ago, on December 3, 2018, he described them as an “unprecedented communication exercise”.

Since then, and until the end of last year, the figures were as follows: 1,004 ordinary morning press conferences, of which 897 were held at the National Palace and the rest in the countryside. Extraordinary conferences and those presided over by the Secretary of the State on duty should be added, for a total of 1,026.

Every day, from Monday to Friday, from December 3, 2018, to December 23, 2022, the conferences have been held without fail. In those four years, they were not offered only on 43 days, for various reasons, such as Christmas and New Year’s holidays, trips of the president to the United States, or the presentation of government reports.

In different sectors, the president’s messages that have been issued during those media exercises have been questioned to the point that some media have stated that up to 94,000 falsehoods can be counted during those more than one thousand conferences. This is a much higher figure than that of former President Donald Trump, to whom 30,573 lies or false data are attributed in four years in office.

Unfortunate statements can also be noted. The most recent, was when President López Obrador said that helping the poor is part of his political strategy: “By helping the poor you are on the safe side because you know that when you need to defend, in this case, the transformation, you can count on their support. Not so with middle-class sectors, nor with those above, nor with the media or the intelligentsia. It is not a personal matter, it is a matter of political strategy”.

The truth is that story has been privileged and, with it, the discourse more appropriate for access than for the exercise of power. It is worrying that, imbued in the aridity and frictions of the electoral battle, which is practically already underway toward the presidential elections of 2024, the arguments that demonstrate the implementation of a transformation of such a nature that it is comparable to the independence, the reform and the Mexican Revolution are postponed. The Fourth Transformation is only a historical fact, not a plot landmark. 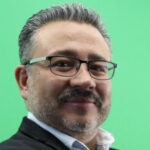