After the overwhelming results of the Constitutional plebiscite in Chile, the President of the Republic and political party leaders declared their intention to continue with a process of constitutional change. In this context, what will be the way to design and ratify a new Constitution?

Although the result of the rejection was categorical and the law 21200 that established the process indicated that if this option won, the current Constitution would remain in force, Chile must carry out a new constituent process.

It must be taken into account that the plebiscites were not an event, but part of a process and cannot be assumed in an isolated or partial way, but with a systemic approach. This view leads us to persevere in the search for the common good, the valuation of dialogue and democratic mechanisms as models for conflict resolution, and the construction of a pluralistic society. A system in which the Constitution is the basis for the State to take charge of the role that the community itself grants it, safeguarding the rights and duties of individuals, sectors, and institutions.

Therefore, the decision to continue with the process of elaborating a new Constitution belongs only to the citizens. In this sense, it cannot be forgotten that this is not merely a legal issue, but an essentially political one. This is due to the political consensus around the drafting of a new Magna Carta. However, there are differences in whether to hold a new plebiscite or the mechanism to be used for this purpose.

Some of the ideas that have emerged are the creation of a commission of experts proposed by the coalition of center-right and right-wing parties, Chile Vamos. Another idea is that the responsibility falls on the National Congress itself, as proposed by center sectors, and the Socialismo Democrático and Apruebo Dignidad parties support the idea of convening another convention. The President, for his part, has proposed that the new Constitution be designed by a Convention and a committee.

Beyond the different ideas, it must be taken into account that concentrating the drafting of the new Constitution only on a committee of experts, as has been promoted by some conservative political sectors, as opposed to a new convention, may imply risks that affect the legitimacy. Above all, given the eventual contents linked to the elites that do not respond to the expectations of the majority of citizens. The equation between the social outburst, entrance plebiscite, and exit plebiscite continues to be a component that must be read carefully before deciding how to continue the process.

It is true that a new plebiscite at the outset may be exhausting for a population that has faced more than ten elections in the last three years. However, given that Law 21200 did not stipulate a new process, the new schedule should start with a plebiscite to endorse whether to have a new Constitution, and a second consultation on the mechanism to be used.

Regarding the mechanism to be used, given previous experiences and the current context, a “co-redaction or bicameral” mechanism could be an alternative to be evaluated. It would consist of two entities, on the one hand, a committee of experts appointed (in a number to be determined) by different organizations such as the Council of Rectors of Chilean Universities, the network or grouping of study centers, and union and trade union organizations, among others. This committee would be responsible for proposing a draft. The second entity would be a Convention directly elected by the citizens according to the current districts. This would be responsible for incorporating, ratifying, or modifying the contents of the draft proposed by the committee.

Both co-drafting bodies should reach their agreements on the basis of 2/3 of their members and both bodies should consider criteria of gender parity and proportional representation of indigenous peoples.

A key point that could be incorporated has to do with the active participation of society in the constituent process. This cannot be circumscribed only to electoral aspects; there must be mechanisms that allow substantive incorporation of the people in the drafting and discussion of the text. And finally, the draft constitution approved by the Convention should be submitted to a national plebiscite with mandatory participation.

An alternative of this nature would allow maintaining the delegation of the constituent power in a Convention, would incorporate political-technical variables of experts through the Committee, would promote citizen participation, and would place the approval or rejection in the hands of the constituent. Citizen participation and the strengthening of democracy cannot be overlooked for the sake of the transitory majorities’ interests. In other words, the defense or objection to mandatory voting and/or a new plebiscite based on the electoral projection of one or the other alternative is worrisome.

The Chilean democratic system will be strengthened to the extent that it can institutionally channel social demands. Hence, the relevance of understanding the drafting of a new constitution as the beginning of a new stage immersed in a broader context, where the citizenry must be the protagonist and where the triumph of one or the other alternative cannot be perceived as a failure of the system. The exit plebiscite was a gain for Chilean democracy. The responsibility of continuing a timely, coherent, and legitimate process is a challenge for the government, congressmen, and political parties. 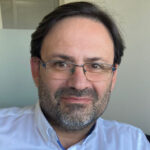