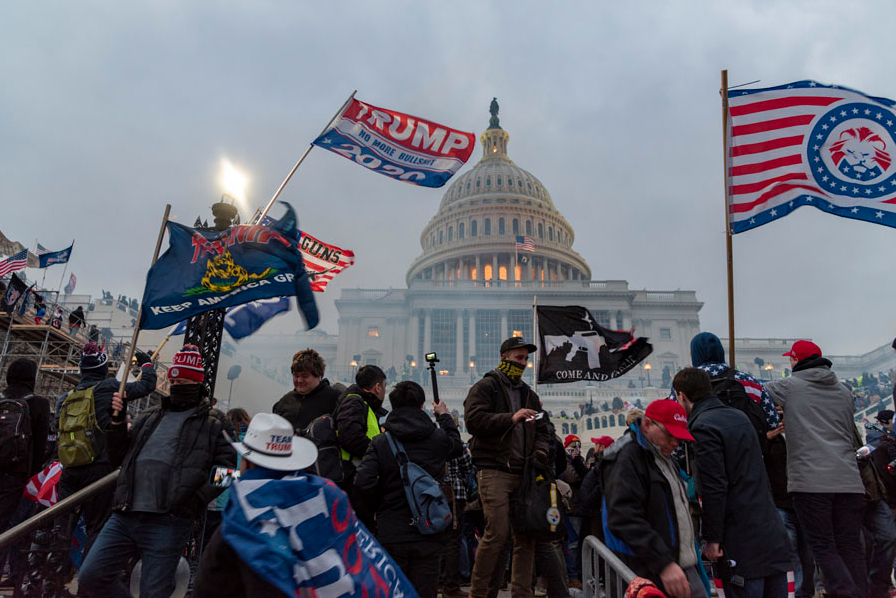 The events in the US of January 6, 2021 have, once and for all, ended the idea that the US is exceptional and that some of the initial comparisons of Trump to Latin America’s worst populist and semi-authoritarian presidents seem valid. The events in Washington have clearly dented the myth of the superiority of US democracy by showing that the system is rife with institutional inadequacies and a dysfunctional political class.

As Americanos, but professors of Latin American politics, we turn to our regional knowledge to gain perspective on what this insurrection means for US democracy. The region’s history, too often punctuated by violence and right-wing military coups that ended any semblance of constitutional rule, provides lessons and cautions for the United States.

Latin America first teaches us that social uprisings are a sign of longer term danger, and this conflagration likely signals continued attacks on social peace in the US.  We want to caution against conflating the mob inspired by President Trump with other protests in the US and elsewhere that have been inspired by legitimate grievances — but it is critical to understand that the polarization that has given rise to the storming of the US Capitol will not be easily reversed.

the polarization that has given rise to the storming of the US Capitol will not be easily reversed.  Click To Tweet

Prior to the 1973 coup that overthrew Chilean President Salvador Allende there were years of attacks on his government. Truckers brought the country to a standstill with a (US government supported) strike, legislators in Congress refused to consider presidential proposals, and violent street conflict between gangs on both sides of the political divide became commonplace.

As a final parallel, a pre-coup election that leaned in Allende’s supporters direction fanned the opposition’s fires of discontent. While the US uprising was put down, the divisions that spawned it are as alive as ever.

Second, Latin America’s history cautions that polarization leads to social uprising and crises of democratic government, too often resulting in military coups or full destruction of democracy. Venezuela 2002 seems an apt comparison.  Business leader Pedro Carmona whipped up a mob to confront a pre-planned government march hoping to use the confrontation to justify overthrowing the Chavez government.  In his 36 hours, Carmona did not try to install a flowering democracy, but instead shuttered congress and suspended the supreme court, among other “reforms.”

Third, there are parallels in the supposedly-revolutionary words of the insurrectionist leaders that give us some clue as to what Trump (at least) thinks is next. In pushing the mob to start the storm, Trump approached Chavez’s famous:  we have (only) failed “for now,” and exclaimed: “We will never concede!”   And like Castro, Trump’s version of “history will absolve me” was that “We didn’t lose…You don’t concede …. We will not take it anymore!”.

Trump whipped up support in the crowd by labeling political opponents as the enemy, who he called “emboldened radical Democrats.”  Click To Tweet

More ominously like Carmona and right wing dictators who proposed to save democracy by shuttering Congress and later unleashed waves of arrests, torture, and murder, Trump whipped up support in the crowd by labeling political opponents as the enemy, who he called “emboldened radical Democrats.”

While Trump’s megalomania elicits comparisons with dictators and populists, we do not intend direct comparisons of Trump’s hordes with Latin American social movements that have raised legitimate grievances.  There are reasons for protest in the United States–highlighted in overwhelmingly peaceful demonstrations in recent months–but these were not the source of riot.

Here the source of grievance came from the top, from leaders worrying about losing their power and privilege. They built resentment on racial hostility, as evidenced by the confederate flags that the mob carried during their raid. This is a stark contrast with social movements that have advocated for political inclusion, social advancement, and economic justice.

What to do with insurgent leaders?

Another caution emerging from Latin American history is what to do with insurrectionists. Some leaders have re-risen from their escombros, stronger and, perhaps like Daenerys Targaryen, with somewhat-controlled dragons.  Castro and Chavez provide clear examples, since they both spent their times in jail or exile writing manifestos exhorting followers to later mobilize. Others, like Carmona, have faded from history (he became an inconsequential academic in his Colombian exile).

Latin America provides lessons on this dichotomy in terms of transitional justice, with concerns over who to prosecute (generals or foot-soldiers) and how the process might contribute to either a “fast” or “slow” death of democracy. The rioters who desecrated the US Capitol will clearly face serious consequences.

But what of Trump and the leaders who incited the turba? For years they have purposely spread lies that inspired millions to denigrate those with other political positions, and then used that well of discontent to inflame followers–based on a new lie about a stolen election–to jump over the cliff in pursuit of a glorious revolution.  If Trump and his hench-people — including his formal advisors, and those in the media and legislature — face no consequences, then there will be no deterrence from future attempts, and we face the potential for the slow erosion of democracy, a scenario that has already played out in Hungary, Poland and Russia.

The alternative, initiating strong punishments against the insurrectionist leaders, has led some ex-autocrats (e.g., Chile and Argentina) to threaten new democratic regimes with new uprisings and a fast death of democracy.  Putting Trump or other US leaders on trial would inevitably risk new mobilizations and violence. This risk for the US, however, seems less significant than a slow death of democracy, where populists, demagogues, and insurrectionists see immunity in whatever (baseless) actions that they take personally or in efforts to incite others.

A next lesson that we draw is from a contrast.  While we acknowledge the continuing threat of Trumpism and the representational weakness of US democracy, institutional checks prevented Trump from successfully stealing an election.  Even with state-level electoral authorities and the Supreme Court packed with Trump’s supporters, both rejected the president’s allegations of electoral fraud.

Indeed, when the high court was called upon to rule on electoral irregularities in Pennsylvania, it rejected them in a single line:  “The application for injunctive relief presented to Justice Alito and by him referred to the Court is denied.” Such safeguards have too often failed in Latin American history.

in spite of Trump imposing his own picks at their head, the US armed forces has repeatedly distanced itself from politics.  Click To Tweet

The non-political role of the armed forces

Responding to concerns raised regarding the armed forces backing Trump’s bid to stay in office, Gen. Mark Milley, the chairman of the Joint Chiefs of Staff averred “We do not take an oath to a king or a queen, a tyrant or a dictator. We do not take an oath to an individual.” He went on to say that “In the event of a dispute over some aspect of the elections, by law U.S. courts and the U.S. Congress are required to resolve any disputes, not the U.S. military.”

This is not a return to implying that the US is an exemplary or exceptional democracy, and indeed there are allegations that the new (interim) Secretary of Defense balked at sending in the National Guard, among other problems.  Still, these statements show  the apolitical role of the armed forces in the United States and how it, in combination with institutional checks, is critical  for democracy,

In terms of more hopeful Latin American lessons, by forcing the Piñera government to agree to a process for writing a new constitution, Chile’s 2019 estallido shows a potentially positive outcome from destructive social violence. This result, however, was instigated by citizens demanding social and economic justice, rather than by a sitting leader who whipped up a mob through invented conspiracy theories.

We are not, to reiterate, suggesting equivalency between these situations, but cite Chile in the hope that the shocking sequence of events in the US could prompt an evaluation and then action to address the myriad inadequacies of US democracy.

There is some intentional irony in our comparison of Trump to Chavez and Castro and we do not want to belittle the stark differences in the legitimacy of grievances.  The lessons from these cases, plus those of other countries and time periods, however, are serious.

Latin America has continually faced populist and authoritarian threats, with antiheroes such as Pinochet claiming that they had to overthrow democracy in order to save it from itself.  Despite differences from Latin America, the US is not exceptional in its vulnerabilities.  We will now wait to see if it is exceptional in the reactions and consequences. 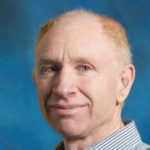 Associate Professor at the Univ. of Pittsburgh and former Director of the Center for Latin American Studies of the same university. He has been a professor at Duke University, CIDE (Mexico) and the Univ. of Salamanca (Spain). Specialized in parties and electoral systems in L. America.