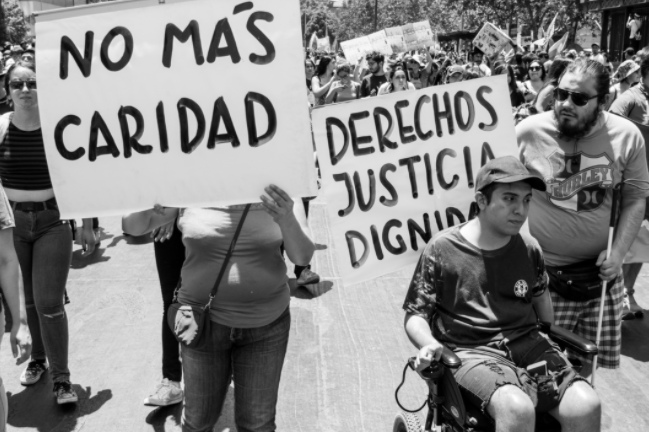 The Peruvian Prime Minister, Guido Bellido, was harshly insulted and attacked by opposition congressmen when he addressed his country’s Congress in Kechwa. To tell the truth, this symbolic gesture was the most substantive thing he said; there was no substantive announcement on proposed reforms or goals. The election of Elisa Loncón, Mapuche, an intellectual and activist, as president of the Chilean Constituent Assembly was also an emblem of institutional changes that are not yet in the offing but can be sensed. As in Peru, in Chile these initial gestures have aroused lethargic resentments and disproportionate reactions. Together with Colombia, these three large countries of the South American Pacific have emerged over the last two decades as the most successful champions of neoliberal stability.  All three are now besieged after powerful outbursts of popular protest in a surprising reaction by the profuse victims of that triumph.

Each one has its peculiarities. The Peruvian protests did not reach the massive magnitude of those of its neighbors to the North and South. Chile experienced a diluted progressivism under Michelle Bachelet, whose timid reforms did not even attempt to seriously undermine the economic model, and silently accumulated an unprecedented number of shipwrecks on its shores. In Peru, Ollanta Humala did not even imagine the outline of any reform before abandoning it. Colombia, on the other hand, was devastated by twenty years of unrestricted Uribista hegemony based, as it has always been, on the wielding of an iron fist against a guerrilla movement that in 1999 lost its last chance of a peace with dignity.

The boom in commodity prices accumulated surpluses and allowed a timid redistribution of income, especially when compared to the regressive decade of the 1990s that was experienced by these traditional heralds of economic orthodoxy. Yet, why were there no political upheavals similar to those in Bolivia, Ecuador and Venezuela? A common feature in Chile, Peru and Colombia was what we could call an authentic right-wing shift of society, which, in turn, lies as an underlying force behind the steadfast permanence of the liberalizing economic model.

It’s impossible to think about Fujimorism in Peru without mentioning the weariness, horror, and shock of a decade of one of the most violent civil wars in the hemisphere. According to the human rights report after the war, the Shining Path holds the dubious honor of having become the only guerrilla group on the continent to have killed more people than the army. Defeating Shining Path by force was the basis for the decade-long unchallenged political hegemony of yet another of the corrupt political dynasties to which Latin American history has accustomed us. Since 2000 Fujimorism has been the dominant minority political party. However, its influence is based precisely on discrediting any discourse of redistribution or mention of a social struggle due to the tragedy of having incubated the closest thing to Pol Pot’s brutality in the continent.

Uribism in Colombia has had a success story of a similar origin. While the FARC does not resemble the Shining Path, the war lasted five times as long.  It too became entangled, to the point of degradation, with too many stamens of drug trafficking and criminal violence. It became for too many, for too long, a way of life, rather than a forced choice for a limited time. The Uribista military victory with its entourage of intransigence and the trampling of any human right managed to throw the guerrilla war back to the margins from which it had emerged in the 80s.

Uribe and Fujimori embodied the iron fist to combat disorder and uncertainty. Society became right-wing in the heat of a struggle against those who claimed to represent a program of social equality and economic justice in the discourse they articulated. The atrocious economic cruelties of neoliberalism with its entourage of uncertainties and inequalities paled before the virile achievements of the uncompromising warrior. Those who raised a discourse of justice and redistribution opposed to neoliberalism ended up tarnished by the diffuse shadow of their military precedents.

There was no such war in Chile. But the Popular Unity (1970-1973) suffered a similar, unprecedented defeat. Imposed by fear, the Chilean neoliberal experiment was able to reduce poverty to historic lows in the Third World, but at the cost of growing polarization and inequality. The shift to the right of the political spectrum by Chilean society is more difficult to explain. Perhaps it lies in a combination of long-term factors, such as a much more homogeneous ruling class, and with medium-term factors, such as a series of technocratic mechanisms to palliate inequalities driven by an unusually strong state by Latin American standards. What is certain is that neoliberal exclusions exploded first and foremost among young people. They slowly accumulated grievances, first, in the form of disaffection and abandonment and then in the form of a long-standing street rage.

Be that as it may, the culminating result is a sharp delegitimization of the three “model” countries of the liberalizing order in South America. In other words, these countries had successfully resisted the pink wave and were exhibited by mainstream press opinion makers as the example of what had to be done. In the face of their collapse in the popular imagination of their own countries, these political forces are now on the defensive and are poorly protected. They can only vociferate that the alternative is even worse. The examples of the neo-Somocista Nicaragua of Daniel Ortega and Rosario Murillo, or the economic disaster of Madurism, are there to illustrate this point.

Learning from past experiences and creating alternatives

The new left that has incubated in the bosom of the similar historical experience of social rightism, the worsening of inequalities and economic exclusions, and the difficulty to build a political alternative would do well to read well the experiences of the most recent parties of Latin American progressivism.

It does not correspond to them, neither by principles nor by strict political convenience, to be tied to the example of autocracies worthy of being their enemies. Even the experiences far from the extreme prototypes of Madurismo or Orteguismo, such as Ecuadorian Correism and Bolivian Evismo, exhibit a caudillist drift incompatible with the vigorous maturation of active, audacious, and autonomous social movements that are required for an authentic radical and long-term transformation of the economic model and the society.

From Mariátegui to Allende, passing through the autonomist experiences of the Sumapaz colonies, there is in the memory, history, and imagination of these three countries, the capacity to invent alternative paths from the materials that are scattered in their path.

One of these materials is the enormous force of the rejection generated by the injustices and cruelties of the neoliberal model. Another is the failed way in which previous Andean experiences of progressivism handled the complex relationship between transformative social movements and political movements in the state. There are better ways. And alternatives can be experimented in these countries. 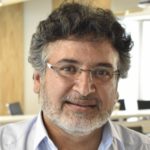 Historian. PhD from the Centre for Latin American Research and Documentation (CEDLA) of the University of Amsterdam. Professor at the Universidad Andina Simón Bolívar (UASB) and Researcher at the Institute of Ecuadorian Studies.