Dictator Daniel Ortega expelled from Nicaragua 18 Missionaries of Charity of the religious congregation established by Mother Teresa, after having closed their charitable works and canceled the legal status of their association, because they didn’t register as “foreign agents.”

This triple aggression against religious freedom, the right of association, and the right of the poor to receive social assistance from civil society organizations, has caused widespread repudiation, even among supporters of the regime. Also in international public opinion, which also condemns the censorship and persecution unleashed against the newspaper La Prensa as punishment for covering the news of the expulsion.

This is not the first time that the regime of Daniel Ortega and Rosario Murillo has launched a virulent attack against representatives of the Catholic Church. After the April rebellion, between 2018 and 2022, they assaulted the Diriamba basilica. The regime also shot against the church of the Divine Mercy, where they killed two university students. They attacked the image of the Blood of Christ in the cathedral of Managua, provoked the forced exile of bishop Silvio José Báez, expelled the apostolic nuncio Waldemar Sommertag, besieged Monsignor Rolando Álvarez and dozens of priests in the churches and they imprisoned priest Manuel Salvador García.

And despite this persecutory background, the expulsion of the Sisters of Mercy has caused astonishment because they were only dedicated to helping the most in need with works of Christian charity.

But, it is not the first time that the regime criminalizes the people’s solidarity and intends to prohibit aid to the most vulnerable in a country torn by poverty—to those affected by hunger and drought; to the victims of official negligence in the face of the Covid-19 pandemic; and to the most unprotected by the lack of access to the most elementary social services. The prohibition of solidarity is in the dictatorial DNA of Daniel Ortega and Rosario Murillo, who intend to establish themselves as the only social benefactors to the poor, so that every time the population has access to a right, the people “is grateful with the comandante and the compañera“, consecrating an act of political subjugation.

For this reason, they have already canceled more than 950 NGOs, medical and educational associations and social works of the Catholic Church. But above all, they have canceled social and community development projects with the aim of installing a totalitarian regime in which the State-party-family, embodied in the presidential couple, is the only interlocutor with the population and especially with the poorest.

But even with all this evidence in sight, it is difficult to understand the regime’s viciousness against the nuns of Mother Teresa. Perhaps the only explanation, which is not justification, is that this hatred has always been there and that is fed by the deep fear that Ortega and Murillo have of the people and of the solidarity exercise that is part of the identity of the democratic values of Nicaraguans.

Among the more than 1,400 documents about Nicaragua leaked by WikiLeaks—which are based on diplomatic cables sent by the U.S. ambassador in Managua to the State Department—there is one dated April 27, 2009 by Ambassador Robert Callahan. In it, Mr. Callahan quotes a private meeting with the then first commissioner of the National Police Aminta Granera, in which she tells Ortega’s fear and paranoia caused by an alleged threat of some nuns. I quote: “Police chief Aminta Granera told Ambassador Callahan that President Daniel Ortega is completely crazy and represents a threat to the country”. And she added that, according to Ortega, there are “some little nuns that are praying for him to be killed”.

In this diplomatic cable, authored by Callahan, Commissioner Granera didn’t specify who the nuns are and which Daniel Ortega fears, since they were supposedly conspiring against him through prayer to take his life.

According to Ortega, it is a “group of very old nuns”, who are praying to kill him, and he considers this to be a serious threat to national security.

Commissioner Granera limited herself to say that she herself feels “insecure” around Ortega, since he considers her a potential political rival/ She also mentioned that the only thing that has kept her safe from Ortega was her “growing popularity”. And she concludes that “the only person who has influence over Ortega is his wife Rosario Murillo”.

Thirteen years after the publication of this prescient WikiLeaks cable, the paranoia of Ortega and Murillo and their fear of the people and of losing power, are the things that can explain the irrationality of a totalitarian regime that massacres its own citizens, imprisons and tortures those who demand freedom and free elections, closes all spaces of civil society, and feels threatened by the nuns of Mother Teresa of Calcutta.

*This text was originally published in Confidencial from Nicaragua. 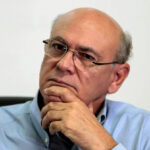