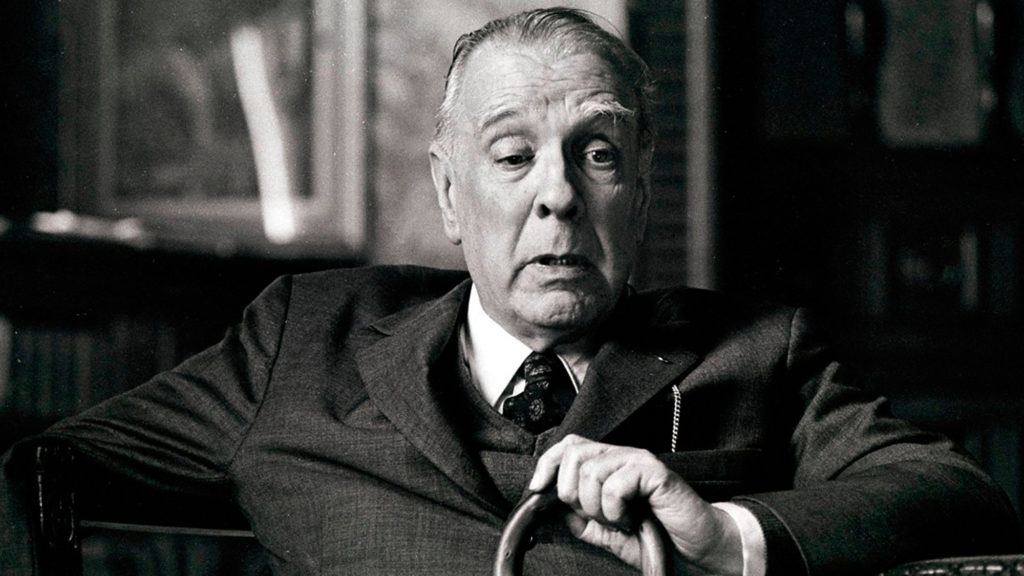 One of the rare consensuses that exist around the relevance of someone in the Latin American sphere conceives Jorge Luis Borges in the parnassus of literary excellence in the region. Overcoming the bias of his nationality and political militancy, Borges stands as the undisputed writer whose legacy continues to amaze. In 1981 Mario Vargas Llosa interviewed him in his modest apartment in downtown Buenos Aires where he lived.

The detailed dialogue gives room for a review of the life of the 82-year-old, his sentimental formation, his literary tastes, his obsessions. Vargas Llosa also asks Borges two questions that, due to their nature and my dedication, catch my attention. In the first he asks him about his ideal political regime. In the second, he asks him if there is any contemporary politician he admires.

These are two central questions in the political order because, as Giovanni Sartori pointed out in a brilliant metaphor, they concern “the machines and the machinists”, the institutions and those who drive them. Two questions posed to a major figure of the last century, whose answers cannot go unnoticed since they fit perfectly into a specific context and help to define the spirit of the times.

The first has a more personal component. It refers to how an individual situates himself in the world. Borges, who admits to being disconcerted and disheartened – “like all my countrymen”, he adds- declares himself an old Spencerian anarchist who believes that the State is an evil, “but for the moment it is a necessary evil”. The second one interests me more for the purposes of this article. The man who died in Geneva five years later replies: “I don’t know if one can admire politicians, people who dedicate themselves to agree, to bribe, to smile, to be portrayed and, excuse me, to be popular…”.

Borges apparently hesitates in relation to the admiration that the political class might generate in him, but the premises of his qualification lead him to an obvious critical position. However, leaving it aside, I believe that five central characteristics of the work of politicians cannot be better enunciated. Let’s take them one by one.

Politicians are “people who are in the business of agreeing”. Politics exists as long as there is conflict; conflict management is its purpose and compromise is a kind of solution, probably partial and temporary. Reaching agreements means mitigating confrontation; the polarization that is so much in vogue everywhere today means the breakdown of this logic.

However, it is another thing to encapsulate oneself under the umbrella of a closed and exclusive political caste. The Salvadoran regime established after the 1992 peace accords conferred power to the antagonists of the war who consolidated a political regime in which ARENA and the FMLN monopolized power for 27 years, something that had already happened in Colombia under the National Front regime between the Liberal Party and the Conservative Party.

The political class manages the budget and power options, articulated through administrative decisions that can go beyond abusive limits and reach the point of crime, giving meaning to the term “bribing” as Borges points out. There are plenty of examples of this in the last decade, ranging from the Brazilian Lava Jato, to those of José López -Secretary of Public Works- and Julio De Vido -Secretary of Planning-, both in the Government of Cristina Fernández.

Nor can we forget what happened during the presidency of Enrique Peña Nieto with Emilio Lozoya, director of PEMEX, and even less those that occurred permanently in the regimes of Nicolás Maduro and Daniel Ortega, not to mention the Honduran regime of Juan Orlando Hernández. The recent cases of political personnel and their close associates in several countries skipping the vaccination protocol are another type of proof of the abuse of power exercised.

The smile is evidence of human empathy. Umberto Eco articulated about laughter in his great novel The Name of the Rose. The protagonist William of Baskerville solves the case of some murdered friars who, presumably, had had access to the hidden Greek comedy (and laughed). A dangerous discovery that could upset the severe medieval monastic order. However, laughter is the bridge that links the compassion and irony that are part of the foundation of the performance. Borges, however, derives it to the histrionic behavior that is the prelude to farce and, therefore, to the emptiness of representation, with many smiling expressions of politicians on the front page acquiring a sinister meaning.

Therefore, the portrait is another Borgesian touchstone. It cannot be less so in the age of communication. A la carte politicians who have passed all the possible tests of marketing and whose image is the instrument of access to the great consuming public. Iván Duque knows it by appearing every afternoon on Colombian television, Andrés Manuel López Obrador in his mornings, Jair Bolsonaro through the management of social networks or Nayib Bukele for his former profession of publicist; Peña Nieto, an icon built by advertising agencies, knew it. There is no politician who avoids this path, the image is the core of his offer if he wants to reach and remain in power. The words that enunciate the programs are left aside.

Finally, politics is articulated on popular sovereignty and the vote is the huge amount of support that every political option requires, and which is fundamental in the logic of democracy. The capture of votes is the necessary and sufficient mechanism in the political race. The control of the electorate becomes the key to the process. The masses of followers channeled by innovative mechanisms of communication and information guarantee their shepherding and make effective a level of popularity that is vacuous, but indispensable, alien to the always necessary support in function of the fulfillment of promises or the accomplishment of tasks demanded by the people.

Borges took little interest in politics, but the scenario projected by Latin America in recent years updates that interview that is now part of Vargas Llosa’s book Medio siglo con Borges, published in mid-2020 by Alfaguara.

Photo by the National Library of Argentina, 1973.