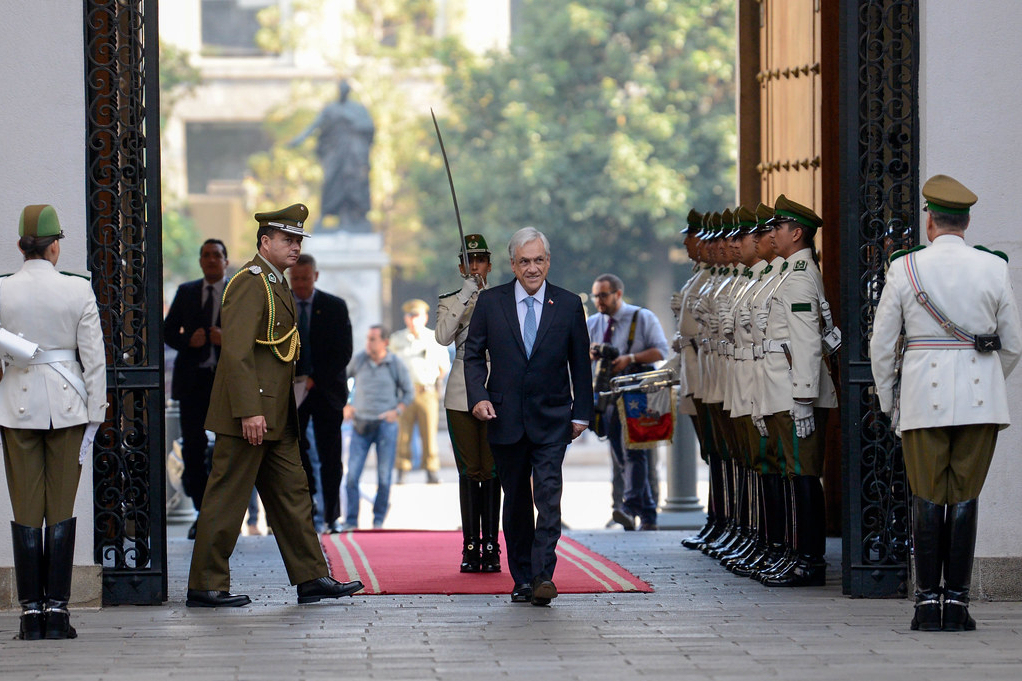 Since October 18, 2019, Chile has gone from being one of the most stable countries – “a true oasis in a convulsed Latin America” in the words of President Sebastián Piñera (Oct. 9, 2019) – to one whose government periodically struggles to stay afloat. Since 1990, none of Chile’s presidents had experienced a scenario in which there was any doubt as to whether they would be able to complete their presidential term or not.

Not even the massive street protests of 2011 came to destabilize Sebastián Piñera (first administration, 2010-2014) to such an extent. Demonstrations demanding profound reforms to the education system had a serious impact on Piñera’s popularity. But at no point was there a widespread call for his resignation. Nor had a constitutional indictment (impeachment) been attempted in Congress against a president in the post-Pinochet era.

However, that pattern changed dramatically after W18, as discussion and requests for early termination of the Piñera administration became frequent. Massive protests – especially during October-December 2019 – against the political class and the president, demanding his resignation, have been commonplace. In addition, in December 2019, there were attempts to bring constitutional charges against Piñera, an initiative that, however, failed. This request for a constitutional indictment was the second against a sitting president in the history of Chile (the first president to be indicted constitutionally was Carlos Ibañez in 1956, although that initiative was not successful).

For Piñera, the risk of being forced out of office was much greater at the end of 2019. His public interventions declaring that Chile was in “war” against a “powerful enemy” were at odds with the need to offer a political solution to the crisis. The brutal use of police repression that left hundreds of people with temporary and permanent eye damage illustrated how the Piñera administration did not have much to offer in terms of a way out of the crisis.

Fortunately, as is often the case in countries with relatively strong parties with a medium to long term vision, on November 25, 2019 sectors of the ruling party along with those of the center-left and left opposition agreed to sign an agreement that set in motion a process to decide whether to change the 1980 Constitution. This temporary solution to the crisis gave Piñera a breathing space.

Early elections: A solution to the crisis?

Several analysts have indicated that Piñera’s government ended on October 18, because from that moment on he only had to administer the country in a situation of socio-political crisis and, now, of public health. The reforms of Piñera’s program, if any, will not be implemented. To the calls from the “street” to leave office (although from increasingly reduced groups), one must add the recent proposal of some leftist deputies to bring forward the elections for president and Congress.

There are several problems associated with the current president not finishing his constitutional term. First, the request of the deputies does not make much sense, since they are asking to hold presidential and legislative elections in April 2021, even though general elections are scheduled for November of the same year. In other words, the advance is -in the best of cases- symbolic, benefiting mainly those who request it because of the media’s protagonism, and not the country.

Second, the crisis that Chile is experiencing would be solved by Piñera’s early departure if only its origins depended on the presidential administration itself. In Latin America, several presidential crises have been solved by removing the president when they has either been directly involved in corruption scandals or has tried to subvert the constitutional order. Undoubtedly, President Piñera’s performance has been poor. But Chile is not living a crisis of government, but of politics, caused by years of disconnection of the parties from the citizenry, while maintaining an unhealthy relationship with the large economic groups. Removing the president does not solve the problem.

Third, the premature end of Piñera’s government does not in itself mean a way out of the crisis. It would only be if there was a sufficiently organized coalition with strong electoral support. Unfortunately for the country, although fortunately for Piñera, this does not exist. What most characterizes Chilean politics today is a growing anarchy. There is a vacuum of power in the political leadership in the hands of the executive and a growing indiscipline, radicalism, short-termism and personalism in Congress. On the other hand, there are no leaderships with broad popular support that can replace Piñera, since only a couple of politicians surpass the 10% of voting intention as president in the polls.

The busy 2021 electoral calendar may help Sebastián Piñera to finish his term as he will focus the attention of the citizenry and the energy of the parties. That doesn’t mean the president will escape the political responsibilities of his administration. It is perfectly possible that the opposition will consider it prudent to allow him to complete his presidential term, and then seek to indict him constitutionally once he leaves office, similar to what happened to former Presidents Carlos Ibañez in 1931 and Arturo Alessandri in 1939.

On the other hand, Chile must be alert to the emergence of potential personalist and anti-party leaderships from the power vacuum evidenced by Piñera. But optimistically, there is still time for coalitions and parties to organize for the 2021 elections. Moreover, these same parties demonstrated pragmatism and long-term vision when they signed the agreement for a new Constitution in November 2019.

Finally, the recent primaries, the November 2021 presidential and legislative elections, as well as the April 2021 elections for mayors and councilors at the municipal level, governors and councilors at the regional level, and those who will make up the Constitutional Convention, should allow the parties to organize and think more strategically. This is an opportunity to reconnect with their militants and try to charm again a citizenry that wants to be heard.