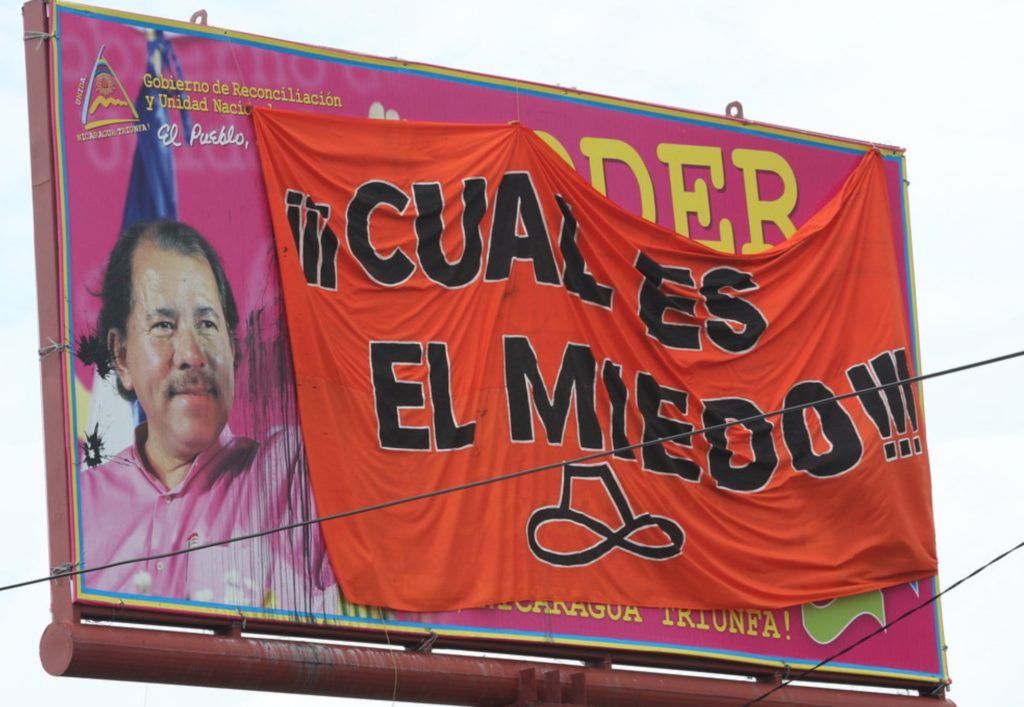 The weary democracies in which most of the countries around us live have established at least two practices: the positions that exercise power are the result of electoral processes and, with reasonable frequency, there is alternation between those who dispute the usufruct of power. However, in the last five years, practices have been established that tend to erode the behaviors that stem from the very heart of democratic practices. Thus, faced with the possibility of harassment that could occur from outside the system by genuinely undemocratic sectors, there are actors inserted within those who conspire against its nature.

The Spanish political scientist who taught for decades at Yale University, Juan J. Linz, glimpsed this problem and partly blamed it on what he called the semilegal opposition. Within the semi-loyal political parties and actors there was an intermittent, attenuated or ambivalent presence of certain characteristics of disloyalty that he analyzed in detail.

This scenario was observable in the heart of socio-economically very polarized countries with profoundly totalitarian expressions such as those found in Europe in the 1930s where different exogenous forces aspired to seize power. The difference that can be perceived today is that the tension is within the political establishment. This means that the products of democracy itself, the governments, are conspiratorial elements of the first order against the very evolution of politics. In this way, it gives way to the unusual action of semi-loyal governments.

Since they are the product of periodic, free, and competitive elections, once in power the governments propose strategies of harassment and overthrow of the mechanisms that sponsored their arrival. In the first place, they promote distrust in the work of the institutions that deal with the electoral game and, then, they propose their replacement by others over which they can exercise complete control.

The semi-loyal character in Latin America

In Latin America, the recent events in different countries have obvious components of this semi-loyal character in the governmental behavior. In this sense, Brazil is the most obvious and, at the same time, worrying case as it is the most relevant and influential country in terms of its economic and demographic weight. Its president, Jair Bolsonaro, has tried unsuccessfully to eliminate the electronic voting system that was established in 1996 and had gone unquestioned to date because he believes that it was designed to fraudulently favor the candidacy of Luiz Inácio Lula da Silva over his own in the 2022 elections.

This campaign to promote distrust, however, resulted in 300 public figures, mainly linked to the world of economy and business, publishing a manifesto on August 4, 2021, where they questioned Bolsonaro’s “authoritarian adventures”. His denunciations have only found an echo in some ultra-right sectors, and not even the majority of the parties supporting his government endorse these criticisms. This was reflected in the defeat of the government proposal on August 10 in the Chamber of Deputies. The proposal fell far short of the 308 votes needed with 218 votes against, 229 in favor, and one abstention. Thus, this resulted in the Bolsonaro-supported constitutional amendment mandating that votes be printed to be shelved.

A somewhat similar scenario can be found in Mexico, which is in the heat of a crisis at the Electoral Tribunal of the Judiciary of the Federation. This is reflected in the recent resignation of its president, José Luis Vargas. Vargas had reached that position with the backing of the government and was a fundamental pawn to carry out a reform sought by the president of the country, López Obrador. This reform had been announced in the first place due to López Obrador’s confrontation with the National Electoral Institute, the prestigious institution in charge of the management of the electoral processes. The issue was that what the INE approved was then systematically rejected by the Tribunal, and vice versa. Thus, the discredit of the elections, promoted by the government, was served.

At the same time, in the background was the President’s desire to have an electoral system in his own image and likeness. In one of his daily morning speeches, the President disqualified the magistrate elected to replace Vargas, Reyes Rodriguez, for an alleged tweet in which he had insulted the President. Reyes Rodriguez contested that this tweet was a consequence of the hacking of his account. But the public damage was already done. López Obrador finished off the denunciation by calling for the resignation of all the magistrates, which would open a constitutional breach with serious consequences. This would accelerate the inevitable process of increasing institutional distrust fed by the government.

El Salvador is a different case, but its connotations are also derived from the President’s poor behavior. Nayib Bukele has just sponsored the governmental approval of a draft of a new Constitution that would include the extension of his term in office from five to six years. This is without mentioning the fact that the approval of the constitutional reforms by the current Legislative Assembly and their ratification by the next one will not be necessary but will instead be replaced by a referendum. This is yet another scenario of clear disregard for the rules of the game by which he was elected and of manipulation that introduces a notorious feeling of suspicion.

Things look much worse in Nicaragua where political deterioration is overwhelming and the government is acting in an absolutely disloyal manner. On August 6, the Supreme Electoral Council disqualified the Citizens for Freedom party, which led an opposition alliance against the reelection of President Daniel Ortega in the November 7 elections. Over the last two months, the Nicaraguan government has arrested more than 30 political opponents, including seven presidential candidates, student activists, private sector leaders, defense lawyers, and others. Ortega, 75, and his wife and current vice-president Rosario Murillo, 70, are candidates for their party, the Sandinista Front, for their third and first re-election respectively.