More than 30 years separate the Brazilian National Constituent Assembly (ANC) from the Chilean Constitutional Convention. There are similarities and disconnections between the two processes, but both are surrounded by contradictory expectations and substantial differences.

The convening of the Constituent Assembly in Brazil followed the movement for direct presidential elections at the moment of transition from an authoritarian to a democratic regime. The process in Chile – a consolidated democracy – has begun with student mobilizations against the increase in subway ticket prices in Santiago.

In both cases, however, the broad mobilizations benefited from government reactions. In the Brazilian case, the defeat of the “Diretas” (Direct Elections Now! movement) led part of the political parties and social movements to invest in the Proposal to Amend the Constitution (PEC) by the Constituent Assembly. In the Chilean case, police repressions against students had increased the intensity and volume of discontent until reaching the whole country – known as estallido social (social outburst) – on October 18, 2019 (18-O).

Another important distinction lies in the political leadership and institutional relationships of the actors preceding the installation of the constituencies. In Brazil, as a result of the Brazilian Democratic Movement (MDB), a party movement in opposition to the military regime, the political actors that participated in the “Diretas” (and later in the ANC) ranged ideologically from the center-right to the left.

In the Chilean case, however, the mobilizations are not strictly linked to the parties and are even encouraged as a result of distrust in traditional politics. Among the so-called independents, unaffiliated actors who constitute an important part of the Convention, there is an ideological positioning between the so-called new left and the radical left.

In both countries, the political elites were able to build broad political-party pacts at a time of great social mobilization combined with the contrast and weakening of right-wing governments. In the Brazilian case, the Democratic Alliance brought together political forces from across the ideological spectrum in opposition to the candidacy representing continuity. After the death of the newly elected president, Tancredo Neves, his vice-president, José Sarney, fulfilled the party’s promise to launch a Constituent Assembly. The convocation of the ANC was the functional substitute for the rupture that had not occurred with the previous regime and represented a demand of a part of the organized civil society.

In the Chilean outburst, the traditional political elites used the overcoming of the Constitution inherited from Pinochet as a reaction and a way out to reduce social tensions in the country. In the Agreement for Social Peace and the New Constitution, signed by the main political party leaderships, a plebiscite was established to consult both for a new Constitution and for the model of exclusive or mixed representatives. The approval of the new Constitution was also conditioned on a mandatory plebiscite.

There is an important distinction here. The Brazilian Constituent Assembly was born out of an amendment to the Constitution – whose procedures were timidly listened to by experts and class representatives – and adopted a congressional model in which those who drafted the new charter were also ordinary legislators. In Chile, the call for a national plebiscite was a reaction of the political parties to settle social protests. Chilean society then approved the constituent with a large majority and defined the model of a Constitutional Convention with exclusive representatives.

In other words, the different incentives of the relationships between political and social actors give rise to different outcomes of the constituent processes: one controlled by the political-institutional actors and the other driven by social leaders and organizations.

In terms of connections with the public, the ANC is known for the intense participation of social movements and also of employers’ organizations and movements in some of its sessions. The forced bipartisanship left to the MDB the role of opposition to the military regime, whose legitimacy and social connections benefited the narrowing and bridges between the party movement and society.

In Chile, most of its independent representatives, coming from social movements and territories, distrust traditional parties. These actors have included social proportionality in the Convention, such as gender parity, plurinationality, and territorial equity.

In case it is approved by a simple majority in the plenary, it is sent back to the commissions for adjustments with the possibility of submitting it to a vote in the plenary for one more time. This aspect was different in the Brazilian Assembly, where it was up to the Systematization Commission to gather the preliminary drafts of the eight commissions and prepare a single draft to be voted on in the plenary, without the possibility of returning to the commissions. We know, however, that the process was further truncated due to the revolt against the Internal Regulations which led to changes in the rules and also to the formation of the so-called “Centrão” (Big Center).

The Chilean constituent currently faces similar challenges to those of the final stage of the Brazilian experience. In addition to the difficulty of approving the avalanche of norms, in Chile, there has also been a significant increase in rejection, i.e., unpopularity and popular disapproval of the Convention, according to recent public opinion polls.

In Brazil, despite the nickname “Citizen Constitution”, the final text has also received criticism and accusations of being progressive or too detailed – it should be recalled that the Workers’ Party bench refused to sign its final version. Moreover, the negotiations failed to promote consensus on some crucial issues. Having chosen presidentialism as the system of government, despite not being the original preference of the majority of constituents, it was defined that a future plebiscite could review this decision.

In the Chilean case, similar disputes took place and the independents and part of the party left, not enthusiastic about presidentialism, tried to reform it through parliamentary and semi-presidential proposals, but failed. Once this war was lost, they won other battles: they approved the suppression of the Senate and proposed a new Territorial Chamber, whose design is still open.

One of the most important and undervalued political by-products of the Brazilian constituent process is the formation of the so-called Centrão (Big Center), a cross-party union of parliamentarians dissatisfied with the ANC leadership. The emergence of this group of conservative bias – although ideologically heterogeneous – had nothing to do with the imposition of a supposedly leftist text, but rather with the difficulty of altering the preliminary draft that would come out of the Systematization Commission, as well as with discontent with the integrity of parliamentarism and the reduction of the mandate of former President Sarney.

As a result of the uprising of the center-right, the rules of the game were altered after almost a year of work, which implied the difficulty of forming majorities on decisive issues. The negotiations at the gates of the plenary set the tone for their votes, which partly explains the dissatisfaction of several groups with the final outcome.

The Chilean Convention will have not one, but three systematization committees: Harmonization, Transitory Norms, and Preamble. The Brazilian lesson is useful for the country, given that this is a particularly critical and tense moment in the process. The call for a plebiscite for the approval of the Chilean Magna Carta is scheduled for September 4. In case of a rejection victory in the outgoing plebiscite, Chile’s experience could become a key and rare case in the history of constitutional ratifications in Latin America and in the world.

Danilo Buscatto Medeiros is a postdoctoral researcher at the Brazilian Center for Analysis and Planning (CEBRAP) and collaborator at the Center for Public Opinion Studies (CESOP) of the State University of Campinas (UNICAMP). Visiting professor at the School of Economics of the Getúlio Vargas Foundation (EESP-FGV). PhD in Political Science from the University of Virginia. 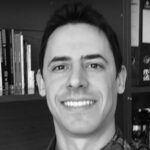