Now that the Constitutional Convention (CC) is beginning to deliver the first concrete results of its proposal, the real possibility of rejection in the exit plebiscite has been introduced in public opinion. Surely, there are many reasons that could be put forward to justify the rejection. Some will invoke the illegitimacy of origin (the violence) and the bad design of the whole process; others will argue the re-foundational character assigned by the CC to the proposal would not rescue any part of our institutional political tradition, and others that the final result would be the representation of the maximalist ideas of just one group. There are also those who point to the harmful consequences for the country that may stem from one or several articles of the new fundamental charter. Thus, right, center, and left political sensibilities could converge through different paths to the same idea of rejection.

The main point is that there is still no clarity on a proposal that addresses the possibility of the post-rejection, and now is the time to discuss some possible alternatives, considering that at this point, for the majority of citizens (plebiscite/2020) and for most of the political parties, the current Constitution is considered hopeless.

For this reason, it is necessary to answer what will be done in the event that the path followed so far by the CC does not work out. It is not the purpose of this column to reproach or point fingers. It is only assumed that the path has been mapped out and that the possibility of failure has been gaining strength. Thus, the urgent thing is to discuss what has been called in the public opinion as a “plan B”.

This would be an alternative that could be politically feasible. Specifically, I am referring to resurrecting the constitutional reform project that was presented during Michelle Bachelet’s government. It is not an original idea, since it had been debated in 2020, but in light of the changing possibilities and the intemperate staging of the CC, it may become an attractive option for many in the political sector.

This idea is not born out of the belief that this project to be a perfect constitutional piece, far from it. Nor is it the fervent defense of a devotee of the Bachelet government and its legacy. There are four points that in the current scenario that make us think that it could be a concrete option.

The first is that the proposal has a citizen participation process. It is stipulated that every constitutional process must have an effective or symbolic consultation stage to support legitimacy.

This initiative started in 2015 and had a series of instances of participation that were processed and closed. Criticizing its level of participation or form seems to me inoffensive, considering that there is no ideal mechanism for this. Thus, this project is at an advanced stage, albeit in a less tense context and through existing institutional channels.

Second, it is important that we have a text that is very well defined to reduce uncertainty. In this sense, the uncertain and dangerous “blank page”, which was very controversial at the beginning of the constituent process that we are living today, is immediately overcome. Regardless of whether we like the content or not, from now on the citizenship and the different political actors can discuss a clear, concrete document and propose improvements and adjustments to it.

Furthermore, if we review the document sent to Congress, it leaves the discussion on the margins of what is possible. By this I mean that, on the one hand, it recognizes the Chilean institutional tradition by keeping most of its institutions intact, which completely distances it from the re-foundational air that prevails in the CC. And, in some cases, it addresses issues that are unavoidable to include in the current context, such as the recognition of indigenous peoples and environmental rights.

Third, it must be kept in mind that passing this proposal through Congress has the advantages of reducing uncertainty and of not subjecting the citizens to another exhausting electoral process for the election of members of Congress. By reaching a consensus on this Constitution in Parliament, we will be able to make use of a procedural regulations that already exist and are endorsed by all political actors.

We will not waste time again defining new rules. In addition, the distribution of political forces in Congress, after the November 2021 election process, is quite balanced. This is the result of a more calm and informed choice, unlike what we experienced in the heat of the October 2019 crisis. Likewise, traditional, and emerging parties will be able to act in a much more coordinated manner in spaces that are known for negotiation. Therefore, this better enables a transversal agreement.

In short, the Congress, due to its experience, availability of resources, and meeting place for party sensitivities, is the best space to agree on a way in the face of possible rejection.

Fourth, its political feasibility is also mediated by the fact that it comes from Michelle Bachelet’s government. Let us think that it would somehow be less complex for the current government to promote a proposal in Congress that somehow comes from a government of the “new majority”, in which communists, socialists, and even Christian democrats participated. Also, the current president, Gabriel Boric, was very comfortable with the support of Bachelet in the second round and of (almost) all the party tents that participated in that government.

At the same time, it would be a move that would allow Boric to sign the new constitutional text and have a political solution for his government, which is very committed to constitutional change. In short, some important sectors of the left would win and, at least, other more critical sectors would not feel as uncomfortable supporting this project than they would otherwise.

Finally, after being passed by Congress, a plebiscite will have to be held, so that it has the approval of the majority of the citizens. Thus, it will be a process that will give it institutional continuity by being raised in democracy and steered by traditional political institutions.

Many questioned the Congress, but at this point I consider the Legislative Branch, being a key piece in the history of our republic, has enough experience and legitimacy to steer this new political cycle in Chile.

In short, the option of rejection becomes more viable to the extent that it offers a clear road map to overcome uncertainty and provide stability. This is a more attractive path than sitting and waiting for a series of reforms based on the opinion of some and hoping that this improved text will be approved in the exist plebiscite. 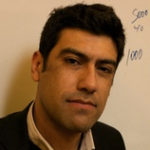