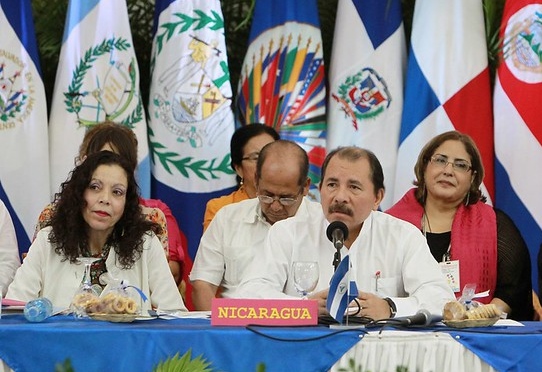 When the principle of “non-intervention” is wielded to avoid regional, hemispheric and international commitments on Human Rights and the defense of democracy, it does not protect societies but rather the regimes and governments that harm them.

In the 1960s, the defense of the principle of non-interference cost the Argentine presidents Arturo Frondizi (1962) and Arturo Illia (1966) the government, among other reasons for opposing the intervention of the United States in Cuba and the Dominican Republic. The defense of this principle by these governments, overthrown by the military who found support in Washington, was justified in protecting our countries from the open intervention of the US and the USSR in the framework of the East-West confrontation that characterized the Cold War.

In the 1970s, it was the anti-communist military dictatorships that used this principle to respond to the complaints of the State Department, under the presidency of James Carter, about the human rights violations that were being perpetrated south of the Rio Grande.

Then Ronald Reagan arrived, in the 1980s, and the interference took another direction: it was for Washington to prevent Nicaragua from becoming “another Cuba” at the gates of the Empire, after the Sandinista Revolution that overthrew the ancient dictatorship of Anastasio. Somoza.

And it was Argentine President Raúl Alfonsín who answered Reagan, in the gardens of the White House, back in 1985, that Latin America should come out of the Cold War; that it was not about the option between revolution and counterrevolution that was at stake, but rather the option between dictatorships and democracies.

Forty years later, the leader of that Nicaraguan revolution, Daniel Ortega, closes the full 360 ° circle and takes the place of the dictator he displaced. He has become a new Somoza, suppressing protests, silencing critical voices, imprisoning opposition leaders and seeking perpetuation in power. And like the dictators of yesteryear against Carter, together with another autocrat like Nicolás Maduro, they denounce “external interference” and try to distract attention from their dictatorial turn by accusing “North American imperialism”, going back to the times of the Cold War.

Unfortunately, the Argentine government has folded to this regressive vision, which confuses historical scenarios, by refraining – along with Mexico – from condemning in the OAS the repression exercised by the Nicaraguan government and demanding the release of the detained opposition leaders.

The text was approved by 26 votes – among them, the United States, Chile, Colombia and Peru – during an extraordinary session of the Permanent Council of the OAS, the executive body of the regional bloc. Bolivia and Saint Vincent and the Grenadines voted against, while Argentina, Belize, Dominica, Honduras and Mexico abstained. The Nicaraguan representation condemned the interference of the multilateral organization, and accused the United States of deploying an “interventionist policy.”

The official statement that explains the abstention of Argentina and Mexico in the OAS vote indicates that “we do not agree with the countries that set aside the principle of non-intervention in internal affairs, so dear to our history.”

Thus, the entire path traveled in the last forty years, of regional, hemispheric and international, legal and political commitments and instruments in defense of Human Rights and democracy is unknown.

The argument that such tools are only applied by powerful countries against weak countries for geopolitical convenience is often an alibi used by rulers and regimes that run over their societies, harass their critics or limit freedoms, no matter in the name of what ideologies, and of course, they do not want any “foreign power” meddling in their affairs.

In the same way, the argument of the “double standard” or “hemiplegia” of all international politics based on principles invalidates the possibility of recognizing advances in the area of ​​international humanitarian law and international commitments in favor of democracy.

When the principle of “non-intervention” is wielded to avoid regional, hemispheric and international commitments on Human Rights and the defense of democracy, it does not protect societies but rather the regimes and governments that harm them.