Two differing approaches to world order, one based on Liberal ideological considerations, the other on the classical balance of power system, produce significantly disparate results in the outcomes of interstate politics. Regions such as Latin America bear the consequences of the foreign policy decisions arrived at by the great powers depending on the approach fostered.

The first approach, currently upheld by the US foreign policy establishment, outlined unabashedly in its statement of principles in the  Project for the New American Century constitutes an attempt by the neoconservative elements in Washington to promote and maintain hegemonic, or pre-eminent, unipolar status within the international system and create a world order in its own image. “We need to accept responsibility for America’s unique role in preserving and extending an international order friendly to our security, our prosperity, and our principles,” so the statement reads. This is a product of a wholly ideological view of interstate relations.

The second approach, reflective of the Realist view of order, accepts the idea of a multi-polar world order, which, while being competitive, espouses a brand of peace or, at the very least, stability marked by the classical operations of the balance of power system.

The Quest for Equilibrium or Cosmopolitan Homogeneity

The background to the first view of order can be found in early religious doctrine in the attempt to Christianize the world and convert it into a kind of civitas maxima. Later, the French philosophes, scoffing at the ancien regime, propounded a brotherhood of mankind united my common interests and humanity. It was Kant, in his Perpetual Peace (1795) who argued for a federation of like-minded republics in the pursuit of harmony among states of an imagined federation. For many intellectuals in the Anglo-American milieu, Kant’s ideas became a reference point for the Democratic Peace Thesis, which ultimately argued for the creation of a zone of peace that would either shield itself from non-democratic states, or alternatively, actively foster their domestic transformation. In this respect, the Wilsonian assertion that states should be democratic followed this early Enlightenment path, which soon would become a cornerstone of a Liberal US foreign policy stance toward the world. Furthermore, the collapse of the Soviet system led to a triumphalist view of the US’s role in foreign affairs. As Barack Obama put it in 2014, “the United States is and remains the one indispensable nation.  That has been true for the century passed and it will be true for the century to come.” Such are the travails, one might assume, of indispensability in a multi-cultural and politically diverse international system.

The background to the balance of power system can be traced to multiple sources in history. In any case, the Peace of Westphalia (1648), a key moment in international history, established a secular notion of interstate-relations, which dispensed with universalist notions of international order, thereby paving the way to the further development of reason of state and the balance of power, which Europe famously witnessed in 16th century Italy. These became key concepts in the formulation of policy and actual state behavior. The treaty’s vision of order, furthermore, espoused territorial integrity and sovereign independence, as well as the legitimacy of all regime forms, as central notions of international politics. In addition, toleration became a wellspring governing relations among states and the principles outlined here became part of an understanding of the operations appropriate to inter-state politics.

Accustomed to the bi-polar system of the Cold War period, the US has now borne witness to the emergence of two nuclear powers, Russia and China. These two states have, in point of fact, generated a multi-polar international system. To the current Liberal foreign policy ideology this is, however, wholly unacceptable. A chief trait of Liberal policy in recent decades has been that of effecting regime change, always in weaker states, through means that include sanctions policies.

More recently, it has decided to engage in a seemingly endless sanctions routine directed against a nuclear superpower, the Russian Federation. Biden and others were clear, for some time now, that “Putin must go.” Sanctions, ultimately, have not had the desired effect nor is it historically the case that sanctions have produced the expected results anywhere. However, the restrictions on the sale of Russian gas to Europe have had the effect of shutting down businesses, de-industrializing countries such as Germany, and creating the need for the rationing of energy sources and, inevitably, the rise of hyper-inflation across Europe, the US and elsewhere. And yet the Liberal view and policy initiatives persist no matter the fate of citizens anywhere.

At bottom, and from the perspective of traditional balance of power politics, the US presents itself as a “revolutionary power” challenging the legitimacy of a balance of power framework. Henry Kissinger’s A World Restored similarly recaps the history of revolutionary France in which differences were no longer the object of adjustments between the powers within an accepted framework but, rather, the framework itself became the focus of hostility. Ultimately, two diplomats, the British foreign secretary, Viscount Castlereagh, and Prince von Metternich managed to move Europe toward stability by 1822. From a Realist perspective, it is necessary that both the US and Europe see the world as it is: politically and culturally heterogeneous. US, EU and Russian leaders should gather and agree upon a legitimate and stable framework.

US sanctions aimed at Cuba or Venezuela, to cite two examples, have achieved nothing save harm their economies. More to the point, sanctions regimes tend to hurt the wider population but have never succeeded in removing heads of state from power; such results have been achieved only through direct intervention and force. The effect of sanctions against Russia has resulted in over 14% inflation in Latin America, one of the highest rates globally. And there is little to indicate that this will improve unless fundamental changes are introduced into Anglo-European and Russian relations.

Politically, the rest of Latin America is largely compliant with US Policy and therefore doesn’t present a challenge to its view of regional order. Latin America is, in this respect, part of what the late British scholar, Martin Wight, referred to as a suzerain states-system. Here, the “suzerain” presents itself as the sole source of legitimate authority conferring upon others status and rightful membership. Its claims are accepted by others tacitly or formally. The current general turn toward left-leaning governments does not suggest any resistance to US regional preeminence. Rather, it may very well represent an ideological alignment with both Washington’s present-day domestic and foreign policy initiatives. 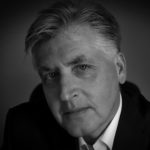