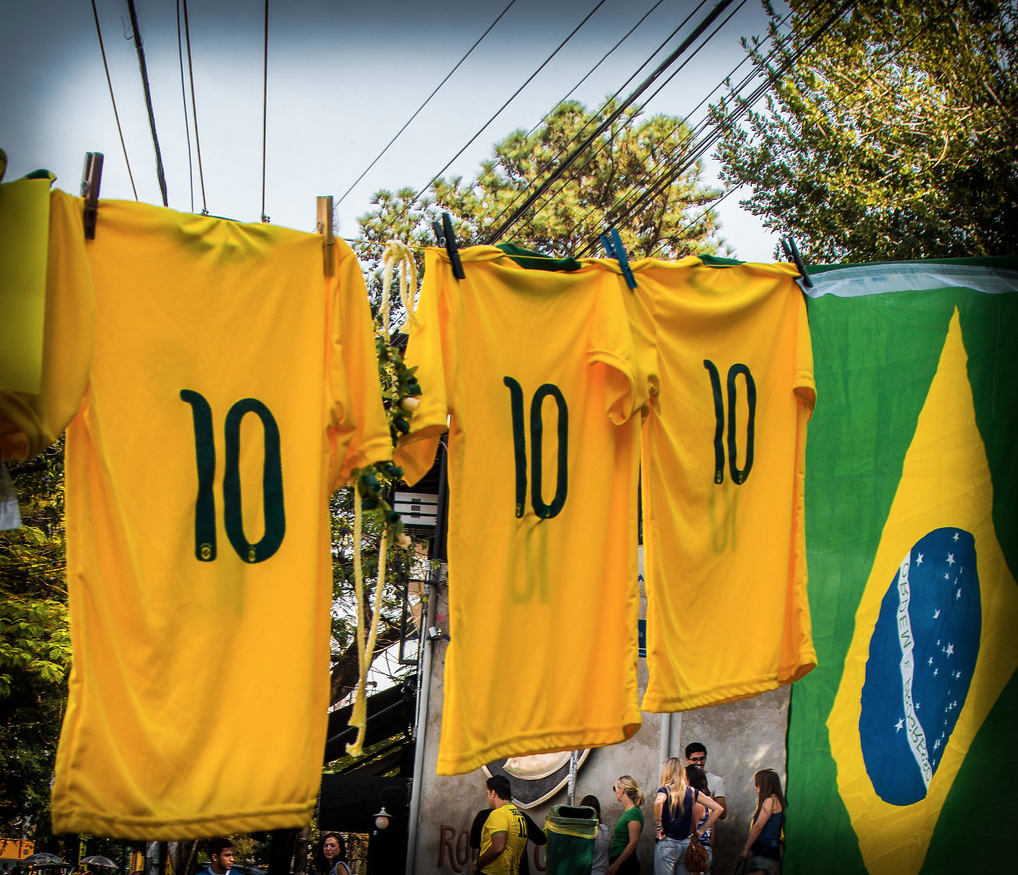 Diego Armando Maradona won the Falklands War in 1986. Unarmed, using only his left foot and hand. There is no record that after the 1986’ World Cup Quarter Final England returned the Falklands to Argentina. But that was the synthesis of national unity; Argentine history expressed in 90 minutes. By the way: how lucky we were not to have a Video Assistant Referee (VAR) in 1986. Let’s just say it: just his hand made Diego better than Lionel Messi, nothing else matters.

However, soon after, our twisted, Neapolitan angel appeared again, avenging southern Italy for all the humiliation inflicted by the north. Two Italian championships, an Italian Cup, a UEFA Cup, and the whole world at the feet of Maradona and that legendary Napoli team. Never again could the South be humiliated. But there is no record that since then the dependence of Southern Italy has diminished.

However, be aware, patient reader, that this article does not talk about Maradona (it would be impossible to deal with such a great subject). I have only referred to two moments of his career to show that soccer and politics cannot be separated. Since everything is politics, it would make no sense to expect soccer to be “neutral” in relation to the disputes and conflicts that beset us. This only makes certain players who insist on saying that they have nothing to do with politics, that they just want to play soccer, a bit ridiculous. On second thought, in many cases, it is better that they just play soccer.

Soccer cannot give the Falklands back to Argentina, nor can it put an end to the exploitation of southern Italy. It cannot end inequality, hunger and poverty in the world. But it is fundamental as a catalyst, as a symbol, as an aggregator. Just think of the Brazilian identity, historically associated (inside and outside the country) with samba, carnival, the “cordial man”, Macunaíma, the Brazilian national team and little else.

With this, we finally arrive at the central theme of this text: the Brazilian national team. Nothing more logical than to introduce this topic by talking about Maradona, right?

Politics and national symbols in Brazil

I want to talk more specifically about the Brazilian national team jersey. At the height of the military dictatorship’s repression, it was feared that a victory in the 1970’ World Cup would strengthen the regime. However, the unrest among opponents of the dictatorship dissipated as soon as Rivelino scored the first goal against Czechoslovakia in the opening match of that World Cup. From then on, the yellow jersey was once again the heritage of the people, with the team winning the World Cup three times. It is obvious that the Brazilian dictatorship tried to take advantage of the victory. And how could it be otherwise?

In 1984, during the movement in favor of the Diretas Já elections that helped defeat the regime, “everyone was in the streets wearing yellow T-shirts”, celebrating, in a united front, the hope of a democratic and fairer country. There was our yellow shirt and our flag as broad and inclusive symbols.

However, in the last few years, demonstrations crossed by hate speeches and violence have appropriated the yellow jersey of our national team. Thousands of people take to the streets dressed in green and yellow, wearing the jersey of the national team, wielding the national flag and military symbols. They hope to save Brazil from corruption, communism and the dissolution of customs. In 2015 and 2016, they demanded the overthrow of a legitimate and newly elected government.

Today they are fewer in number, many are certainly ashamed of having participated in the protests of the past. They have left the demonstrations dyed in the colors of our flag (green and yellow) for the most radical, the thousands who demand military intervention, the closure of the Supreme Court and the National Congress, the imprisonment of leftists, the persecution of indoctrinating teachers, the return of the Monarchy, and who knows what else.

They take the streets summoned by an authoritarian government, led by a president whose hands are stained with blood. A government associates itself with national symbols, with the clear intention of consolidating the idea that the true patriots, that the true nation is formed by those who support it. The opposition must be excluded, because it is not Brazilian.

Until recently we saw basically “red” opposition demonstrations. More recently, we can see an incipient effort to start recovering the national team’s jersey and the Brazilian flag from its hijacking by the extreme right. But the malaise continues, and it will take time to reverse it. Right now, I look out the window and see a Brazilian flag on a balcony. I can guarantee it is a Bolsonarista. How to overcome this?

Imagine a demonstration in Argentina where the crowd is not dressed in albiceleste, chanting slogans straight out of the soccer fields. Imagine the Argentine left all dressed in red, marching in the Plaza de Mayo. You would have to imagine a lot, because it is almost inconceivable.

Let us remember then that soccer and politics are inseparable, as everything in life is inseparable from politics, whether we like it or not. The Brazilian national team’s jersey is not a symbol of fascism and reactionarism. It is a symbol of beauty. All over the world. Eduardo Galeano said that Brazilian soccer is “open to fantasy, it prefers pleasure to the result. Since Friedenreich, Brazilian soccer that is truly Brazilian does not have right angles, in the same way as the mountains of Rio de Janeiro and the buildings of Oscar Niemeyer”. Eric Hobsbawm wondered who, having seen the Brazilian national team in its glory days, would deny soccer the status of art.

Nothing better than to associate this symbol with the Brazilian people, democracy and social justice.