After Pedro Castillo’s failed coup attempt and the take-over of Vice President Dina Boluarte, an avalanche of social unrest has swept the Andean country. What is going on? To understand it, it is necessary to put the magnifying glass on the secondary characters of this story and to understand the interests behind the Constituent Movement.

A Constituent Movement is all those who contribute ideas, mobilize resources and develop actions in an organized way to promote a new constitution or a new social pact. Currently, this constituent impulse is populated by a group of politicians with no legalistic vocation. Let’s remember that, upon his failed coup, Castillo announced that apart from reforming and closing powers such as the legislative, he would call for a Constituent Assembly. But to understand this it is necessary to go back in time.

Politically, there was, from the beginning, a confrontational and violent group led by former premier Torres, who already pointed out, before taking office in June 2021, that “if they are trying a coup, a lot of blood will flow, but they will not succeed”. These statements do not seem casual. But in addition to these political groups, there is also the component of groups linked to mining and other informal businesses that have also had influence in the government. In fact, the forces promoting the return of Pedro Castillo are carrying out coordinated and simultaneous blockades and have taken over strategic points of the country such as airports, dams, and energy plants.

In addition, some questionable groups such as those of informal mining and drug trafficking have been allies of Pedro Castillo’s government. This has been one of the main shock forces in this conflict, as has been corroborated reliably. Not in vain, in the different marches that reached their peak on December 15, mining trucks linked to the illegal sector appeared all over the country.

On the other hand, following the constitutional due process, the government was left in the hands of Vice President Dina Boluarte. Castillo’s allies, however, do not recognize her as a leader and were the first to mobilize their bases against her. Among them are groups such as Voces del Pueblo, led by Guillermo Bermejo, and Nuevo Perú, led by Verónika Mendoza, who has run for president several times.

Both movements showed a selfless insistence on seeking the release of Castillo and his reinstatement with immediate general elections, the illegal dissolution of Congress, and of course, have insisted on the creation of a new constitution. All these are in a context of a conflict that has already caused several deaths.

These movements, added to those who legitimately support the former president and feel represented by him, are generating the perception of the supposed illegitimacy of Dina Boluarte. Let us remember that one of the main narratives of Castillo’s government was to promote the idea that the country was living in an antagonistic conflict between the provinces and the capital, and he permanently attacked the national press accusing it of not allowing him to govern because of his provincial origin.

This is the story that the allies of the former president used to instrumentalize the conflict and insist on the call for a new constituent assembly. It is undeniable that Peru is heading toward the creation of a Constituent Assembly, which will come, eventually. The question is: Who will lead such an institution?

On the other hand, the right and center parties in Congress, which have not been able to articulate a consistent discourse, added to a national press with a centralist vision of the country, have not been able to promote a consensus to vote in Congress to bring forward the elections. This is the only way to temporarily appease the conflict. And this opens a controversy: to call elections as soon as possible and jeopardize their due process, or to call them after key reforms have been made? A difficult decision for an entity that has a lower approval rating than the former president himself.

Considering the serious social context and the number of fatalities, it is undeniable that the political forces that form the Congress and that have not voted for early elections have little interest in solving the conflict. As if that were not enough, a coalition of leftist parties and movements is conditioning the early elections to the request for a Constituent Assembly. The situation is extremely unstable, and in this context, the new Executive should have better articulated the military deployment to avoid chaos and human losses.

The generalized conflict over the dominance of the Constituent Assembly and its agenda is the context for 2023 in which, in theory, the next elections will take place. The insistence and lack of interest in constitutional order suggest that Peru will continue to suffer anti-democratic attacks.

A Constituent Assembly should be considered as an opportunity for a new social pact, rather than a mechanism for co-opting power. But in this context, it would not be surprising if violence resurges before the 2023 electoral process, driven by those who intend to control the conditions under which the Assembly will be convened. 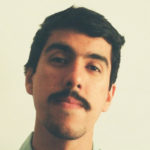