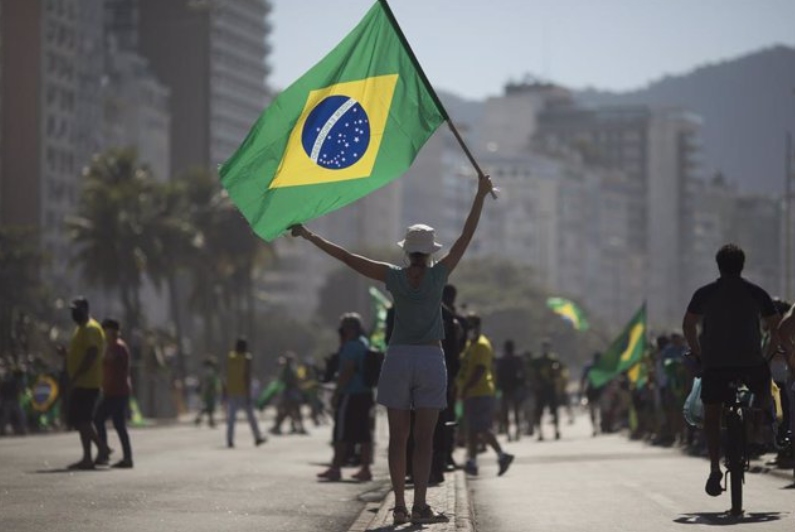 This is undoubtedly a decisive year for Brazilian society. We will go to the polls to decide if we will continue to deepen societal misery in defense of the deregulated market, or if, once again, we return to the fragile class pact and its supposed progressivism. So far, these seem to be the only two options that our political elites are willing to offer the country, going back to the last years of the military dictatorship and the establishment of the New Republic in the 1980s.

In early January, Folha de São Paulo, a Brazilian daily newspaper, published several articles on economic issues considered to be important by the main candidates for the Brazilian presidency. The economists who make up the teams of Ciro Gomes, Lula, Doria, and Moro participated in this series of articles. The interviewees addressed a wide range of topics, such as the overall change of the country’s economic model, the resumption of models based on illusory pacts between those “from above” and those “from below,” and the intensification of authoritarian neoliberalism; all while using vague words such as “efficiency”, “experience” and “responsibility.”

It is still early, but it is necessary to understand what vision these candidates have when it comes to the declared war between the capital and the populations that are living in Brazil, and whose side they are really on. We must also understand how they intend to deal with an issue that has gained new prominence in the media: the increasing expulsion of Brazilians.

How will these candidates make small and medium-sized cities attractive to their young people, who, without any prospects for employment, emigrate and become cheap labor? How will they retain our researchers who, on a weekly basis, grab the media’s attention for being a part of the so-called “brain drain” and, with it, take away years of public investment in science and technology?

After all, what do we want: to continue to insist on an exclusionary model that is based on the story of economic development through agriculture and retail trade, which continues to expel thousands of Brazilians to the borders of the United States and the European Union, or to adopt a model of society that is, in fact, inclusive?

Brazil, a country of emigration

The successive departures of Brazilians over the last four decades are the result of a set of circumstances that have been occurring since the end of the military dictatorship. However, they acquire greater media and academic visibility when economic crises break out. Every time this happens, we witness a massive emigration of Brazilians to the developed countries in search of better living conditions. Simultaneously, we see Brazilians deported at land and air borders, and even hear of those who disappear on clandestine routes. We experienced this drama in the transition from the 80’s to the 90’s, in the early 2000’s, and now are reliving it once more.

There has been a substantial growth in the number of Brazilian emigrants. Estimates by the Ministry of Foreign Affairs indicate that there are more than 4 million currently. The figures are undoubtedly higher, as they do not include undocumented migrants. Once again, the main reason given by the media is the current economic crisis. High formal unemployment, the rising cost of living, and the lack of prospects for employment are some of the factors pushing people to depart from the country. However, the emigration of Brazilians is also a symptom of the exclusionary economic model we adopted in the 1980s and continue to insist on.

The period of the New Republic, which is still standing, marks the end of a long cycle of national development that began in the 1930s and intensified in the 1950s. It was a project that sought to turn Brazil, which was urbanizing, into an industrialized country and exporter of manufactured products that was less unequal and more capable of meeting the growing demands of the people. However, this project was twisted and exhausted by the military governments, which accumulated an enormous foreign debt between 1970 and 1980. It was the beginning of the “Lost Decade,” and we did not go in alone. Washington and Wall Street carefully took all of Latin America.

It is no exaggeration to believe that the impact of the adoption of this predatory mode of production was as a mode of destruction on an advanced scale, and it continues to serve as one in the present day. We live out racial and class wars in Brazil. Some originate in our upbringing, such as those experienced by indigenous peoples and blacks. Many are declared by agribusiness and mining against indigenous peoples and our biomes. Others are produced by technological applications funded by millionaires that feed on the insecurity of informal workers.

The developmentalist project regressed during the military dictatorship and the subsequent transition to democracy. The indiscriminate opening of trade, the liberalization of foreign investments without control, the privatization of strategic state enterprises, and the deregulation of markets that followed have generated a very high social price. It is an economic model that places us on the periphery of the international division of labor, that erodes our technological and industrial fabric, and makes us hostage to the export of raw materials. At the same time, it continues to push our population towards working in unsophisticated and informal service sectors.

A project to put an end to the expulsion of Brazilians

The word “expulsion” in the title of the article should not be surprising. This is the condition that best expresses what we have lived through in this country and that, in turn, produces thousands of defeated people. For almost forty years, we have had a malfunctioning neoliberal political project that metamorphoses through successive economic crises and that has the support in a limited group of national elites to continue waging war against our own population. Those who lose are expelled.

There are those who can and want to leave the country. But there is also a great mass of Brazilians who, without choice, face the dilemmas and tragedies of immigration. When they overcome the migratory journey, they become cheap and undocumented sub-proletarians, ready to satisfy the immediate needs of developed countries.

We are a country whose population is growing and aging. The demands for education, decent income, health, food, and housing are increasingly intense. These are rights that are in our Constitution and, therefore, cannot be achieved through massive emigration, a cruel and subordinate process of surrendering the labor force to our “trading partners.” There is no doubt that this economic model is flawed and must be overcome as soon as possible. But how far are we willing to go?

We need a long-term national project, capable of overcoming this dependent economic model that, with people like Jair Bolsonaro and Paulo Guedes, shows its worst face. A plan capable of leading us towards a more egalitarian society with a better distribution of wealth through decent jobs and guaranteed labor rights for all. It is an answer for the more than 4 million documented and undocumented Brazilians abroad, and for those who, without any prospects, may at least consider the possibility of staying in the country.

Professor at the State University of Montes Claros (Unimontes), Brazil. PhD in Sociology from Goldsmiths University of London. Specializes in international migration of Brazilians and border regimes.