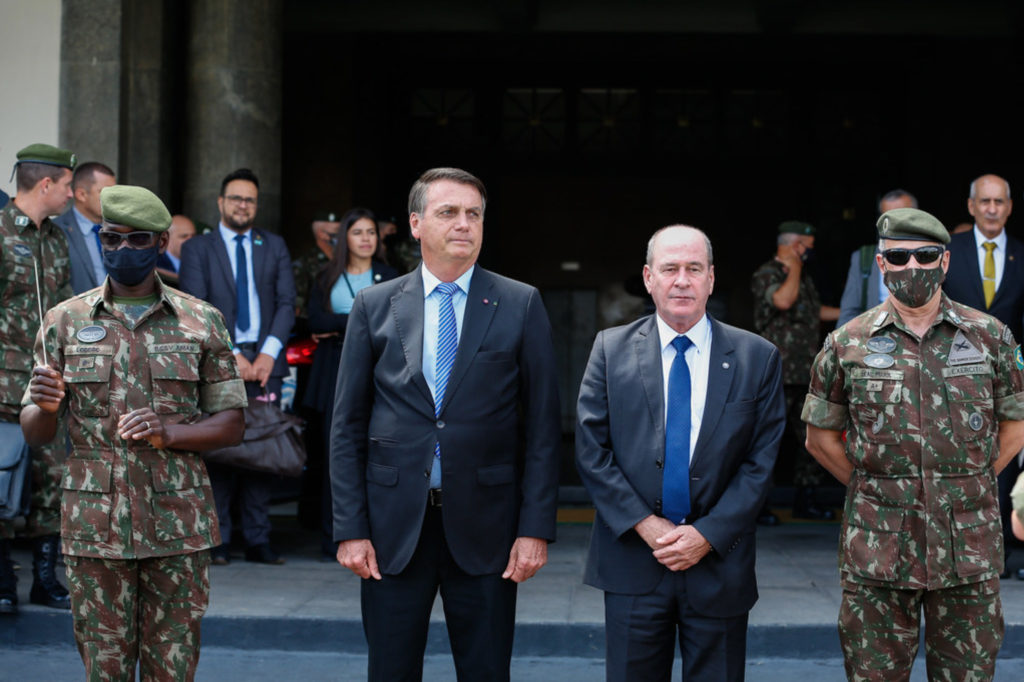 Just one year ago the Bolivian Armed Forces played a notable role in becoming the decisive player that precipitated the departure of then President Evo Morales from the country after a tense electoral process and three weeks of high polarization and unrest. The military intervention was limited to a brief declaration: “After analyzing the internal conflict situation, we suggest that the President of the State resigns his presidential mandate, allowing for pacification and the maintenance of stability for the good of our Bolivia”. In this way, an arbitral function of the army was recuperated that, it should not be forgotten, was traditional before the period 1964-1989 when the military institution occupied power in a good number of Latin American countries.

The Bolivian armed presence under the spotlight coincided with other similar ones in a quarter of great street turbulence in the region. In Ecuador, the military accompanied the government in its transfer from Quito to Guayaquil due to pressure from the masses of the Carandolet palace where the Executive is located; in Peru, they posed in a historic photo with the president when he announced the constitutional dissolution of Congress by calling for elections to a new one.

All of these were symptoms of irregular gestures that showed a strange fit of the military corporation in the daily political order.

Shortly thereafter, in February of this year, President Nayib Bukele burst into the Legislative Assembly with a group of military personnel to reprimand their lordships and, later on, continued to do everything possible to prevent access to the military archives related to the 1981 massacre of 1,000 Salvadorans in El Mozote. On four occasions, the Salvadoran army has blocked judicial inspections of military archives with presidential consent, despite having been “declassified” by decision of the Constitutional Chamber of the Supreme Court of Justice. All of these were symptoms of irregular gestures that showed a strange fit of the military corporation in the daily political order.

At the same time, although with a different component, in Brazil and Mexico, the two main countries of the region in demographic and economic terms, the presence of the Armed Forces in the public sphere has been gradually consolidated with evident features of privileged protagonism in their actions.

Thus, in Brazil, President Jair Bolsonaro, a former military man, has as his vice president the reserve general Hamilton Mourão and seven of the ministerial portfolios, which represent a third of the cabinet, are also in the hands of military men, as well as their spokesman, an active general. More than twenty areas of the administration, including the state oil company Petrobrás, are also headed by the military. It is estimated that today a little more than 6,100 officers from the three branches of the Armed Forces occupy these posts, a figure that in 2019 was over 2,700 people (which means an increase in one year of 120%). Of that number, nearly 2,000 are retired officers who have been temporarily assigned to the INSS to help alleviate the backlog in their day-to-day management.

in Mexico, President Andrés Manuel López Obrador (AMLO) has not ceased to promote the role of the army in the fight against crime

For his part, in Mexico, President Andrés Manuel López Obrador (AMLO) has not ceased to promote the role of the army in the fight against crime in line with the decision taken by his predecessor Felipe Calderón, then widely criticized. What is new, however, is that he has entrusted the Armed Forces with the execution of civil works such as that carried out at the Santa Lucia airport, an old military base that will be the new air terminal, thus trying to alleviate the paralysis of the expansion of the airport in the capital. Furthermore, at the beginning of the month, AMLO announced the construction of an airport in Tulum (Riviera Maya), also assigned to the military. Likewise, he has relied on military engineering for the elaboration of substantive parts of the megaproject of the Mayan train.

A last step in this direction has been the decision to suppress 109 trusts dedicated to the financing of public institutions linked to science, culture and sports which represented a little more than 3,000 million dollars, maintaining, however, the four trusts that the Ministry of Defense has for a value of some 1,500 million dollars. These trusts are available primarily for the purchase of military equipment, as well as retirement assets, pensions and compensation, allowances to children and family members of the Presidential General Staff and military personnel who have died in high-risk missions

This spurious use of the Armed Forces was also evidenced when Evo Morales was driven in a military plane from Bolivia to Mexico. An old and romantic conception of the army as a “uniformed people”, in terms of the President himself, to the detriment of the civil administration of the State.

The blow that AMLO has received due to the detention in the United States of General Salvador Cienfuegos, who was the Secretary of Defense of the Government of Peña Nieto, now accused of activities related to drug trafficking, does not seem to have weakened the military confidence of the President who qualified this fact as “very regrettable”. Perhaps the words of Cienfuegos himself last December will help shed light on the presence of the military in politics: “Do you want us to be in the barracks? Go ahead. I would be the first to raise not one, but both hands so that we can go do our constitutional tasks”. Was the military command suggesting that their task was not constitutional?

The dismantling of the State in an important number of countries, the precarious Public Administration with little budget and without having developed a civil service based on merit and independence have opened a space for the military who enjoy greater trust from presidents with a leadership vocation. They see in them an institution apparently docile to manage, but it is their gradual politicization the opportunity structure of their greater public involvement. This scenario foresees a dangerous tendency towards the consolidation of authoritarian expressions.