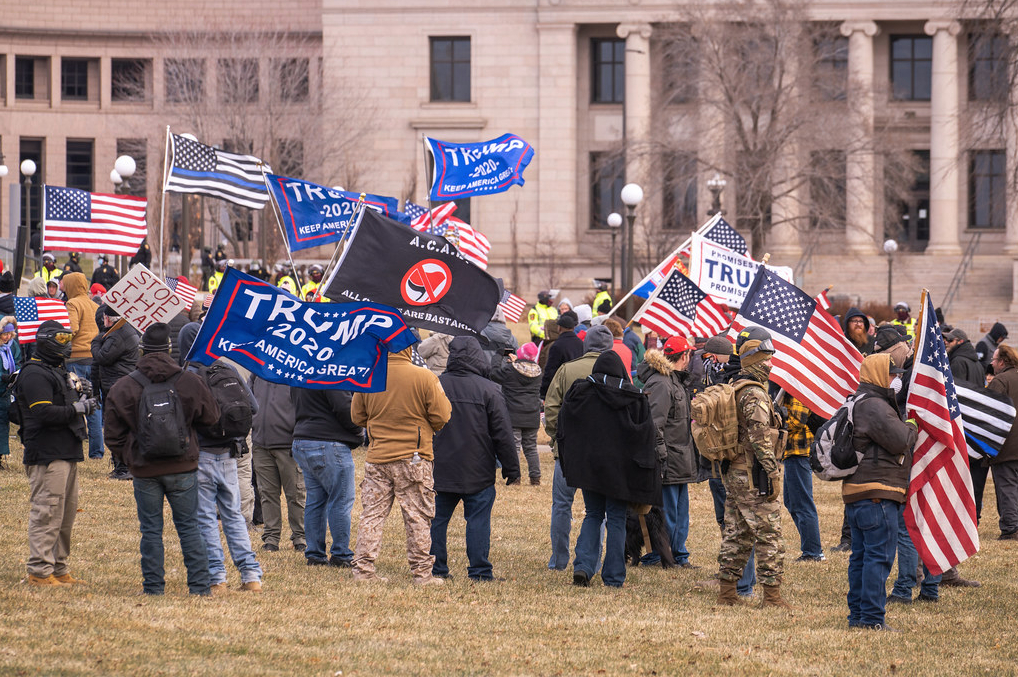 There are people who believe that the coronavirus is an instrument of world domination created by the enemies of their country. They are the same ones who believe that when their candidates do not win there was fraud, or that anything the leader says is simply a translation of the people’s wishes. These are the people who support Trump in his attempted coup d’etat whose pathetic, fleeting and atrocious end was the assault on the capitol. In short, we are seeing a new version of unreality in the long web of historical conspiracy. Or to put it another way: there is a new configuration of the anti-vaccines and the anti-democrats in a post-fascist key.

Like the fascisms, the new populisms mix, deform and deny science through conspiratorial fantasies. In the United States, which today has the largest number of vaccine doses available, outgoing President Donald Trump has not yet been vaccinated despite the advice and frustration of some of his advisors. In fact, the large number of Americans who do not plan to get vaccinated is roughly distinguished by their “trumpism” at the political level.

Thus, delusions and lies used in political circles abound. For example, Trumpist ideologues, often posted or re-tweeted by their defeated leader, maintain that vaccines are a form of social and population control by the state or a weapon consciously wielded by China.

Thus, the national and global vaccination campaign is portrayed by fanatical Christian evangelists and followers of the QAnon conspiracy theory who think that Trump has faced and is facing a conspiracy of cannibalistic-pedophiles who dominate the Democratic Party, Hollywood and global finance. According to this delusion, this conspiracy is responsible for all the world’s problems and this would include vaccines as well.

In this framework, reality is falsified through the denial of science, disease, and election results. According to the Washington Post, many of the people who profess the obvious lie of a vaccine plot to control people’s bodies are the same people who believe the big lie of a Trump victory in the presidential election.

In particular, it should not surprise us that people who deny reality in general, deny it in the particular sense of vaccines as well.

A political movement that channels paranoia

What we see now, globally, is a new political alliance of the ignorant, the gullible, and the liars. Before Trump, the anti-vaxxers did not have a political movement to channel their paranoia. This is now possible for many of them, for as the historian of American populism Richard J. Hofstadter had warned, conspiracy theories and indiscriminate suspicion were central to the xenophobic populist style in the United States.

But if in Trump this situation is presented in an ambiguous way in the sense that Trump also, contradictorily, wants to present himself as the main supporter of the vaccine and in this sense he plays two roles: “pro-vaccine” for the independent voter and “anti-vaccine” for his followers; in Brazil, Jair Bolsonaro has adopted a plainly obscurantist position.

Bolsonaro has a Brazilian experience of more than a century of being a leader in mass vaccination campaigns. If Brazil was an example for Latin America and the world, today it is rather the opposite, a country governed by an extreme paranoid that praises shamelessness.

Bolsonaro has said that he does not plan to get vaccinated and has even argued that the vaccine can make women grow beards and men become crocodiles or start talking in a “feminine” way. As in the United States, the Pfizer vaccine is the main victim of this campaign of falsification of reality that contains homophobic, xenophobic and nationalist elements.

None of this is new, because as Hofstadter said, the paranoid style has existed since long before and in fact was the main mark of reactionaries, and then fascists and anti-Semites: “this style has circulated since long before the extreme right discovered it and its objectives have varied from ‘international banking’, the Masons, the Jesuits and the arms manufacturers.

Things were not always like this in the history of classical populism. It was precisely the first populist regimes that came to power after 1945 that left behind these delusions. When it needed it, populism turned to science. And in fact historically, in the classic periods of populist government science did not suffer attacks and generally scientific and medical development was not ignored. Beyond the folklore of spiritualism so well portrayed by the writer Tomás Eloy Martínez in La novela de Perón, about occultism and magic of Peronism in the Triple A with José López Rega and Isabel Perón at the head, Peronism, like populism in general, was not reactionary in its relationship with science.

In fact, support for science extends to the health of the leaders themselves, who in many cases have promised to be vaccinated first. The situation is quite different for the new far-right populisms. For them the vaccine conspiracy is real and the reality is simply out of reach.

Photo by chaddavis.photography at Foter.com / CC BY