In 1904, the British geographer Sir Halford Mackinder presented the study The Geographical Pivot of History, which has had a great impact on geopolitical analysis to date. Mackinder argued that the supremacy of the British Empire was in danger from states with the real capacity to control a continent. He was referring to the United States and the Russian Empire. As for the former, both powers achieved a balance by ceding to the United States the hegemony of what it considered its vital space—the American continent—within the framework of the Monroe Doctrine. The British Empire thus relegated this space to concentrate on the South African conflict but, above all, on the Eurasian continent, seen by Mackinder as essential to maintain global power. The ‘World Island’, as the geographer called it, was considered a central pivot, or heartland that extended from Siberia to present-day Ukraine.

Great Britain combined the control of the seas with being the leading industrial power to impose its hegemony over the global system without being a continental power. Mackinder’s point was that this was possible if no alternative power emerged to control the ‘island (continent) of the world’.

Mackinder’s theses were not entirely new. However, they did put a rational and geopolitical framework—although he didn’t use that word— to what was already a modus operandi of the British Empire. A continental challenge to the British Empire came from Napoleonic France and its attempt to create a ‘continental system’, which tried to include Russia by force.

The Franco-Russian confrontation was a great British achievement, whose support for Russia prevented the emergence of a powerful Eurasian rival. Just over a century later, the continental threat returned in the Molotov-Ribbentrop pact between Germany and the Soviet Union. This could have been a serious continental threat to the British-American thalassocratic alliance. But neither geopolitics nor the lessons of the past prevailed in Germany. Once again the continental front broke down and it was Russia, now as the Soviet Union, that once again saved the thalassocratic powers.

In the Cold War confrontation, the USSR resumed the goal of building a Eurasian platform through which to achieve global projection. It had control of the heartland, but this wasn’t enough. THerefore, it sought an alliance with the new communist state that was formed in 1949, the People’s Republic of China. However, this alliance didn’t achieve a decisive force, since China was greatly weakened by decades of wars and territorial loss.

Although the Soviet Union was a global power, it didn’t achieve a leading position in economic and technological terms vis-à-vis the U.S. and its allies. In other words, there was a weak continental front. Thus, despite the fatal defeat in the Vietnam War, the U.S. achieved a strategic objective in global geopolitical terms: the breakup of the Sino-Soviet alliance in 1972. Once again, the thalassocratic power was able to breathe thanks to the weakening of the Eurasian alternative, which was fading even further with the collapse of the USSR.

The Eurasian dream was then recovered by the new Russian state, which, under the leadership of Vladimir Vladimirovich Putin, institutionalized it with the creation of the Eurasian Union—a customs union between Belarus, Kazakhstan and Russia. Naturally, the name doesn’t match the content. Although Russia remains a military power, it is far from the former political, economic and even territorial strength of the USSR.

It is now, in the 21st century, that we are encountering the resurgence of another Eurasian power, the People’s Republic of China, now disconnected from the alliance with the U.S. and with a geopolitical agenda of its own. It has elements that were never achieved by Russia, not even in its Soviet era, or any other continental Eurasian power. On the one hand, the People’s Republic has a global economy, with projections of becoming the world’s largest in the coming decades. China’s presence in Latin America, challenging the U.S. and Western commercial space like no one before is a good example of this. Another element is to be at the forefront of the technological area, as it is in the new 5G standard in telecommunications.

This renewed China-Russia alliance is undoubtedly a Mackinderian nightmare for the current Thalassocratic power and its allies. The Russian challenge to the Western European security order that we’re witnessing with the Ukraine conflict would be impossible without this Eurasian alliance. Bilateral trade between China and Russia has doubled between 2013 and 2021, which, for Russia, means an increase in China’s share of its foreign trade from 10% to 20%.

But the ambition is much higher. A deep regional-integration strategy towards what the two nationals call the ‘Greater Eurasian Partnership’ has already been announced. This means an intertwining of the Russian-led Eurasian Union with the Belt and Road Initiative promoted by China. Let us add to this the connections that, at the same time of the Ukraine crisis, are being established between the Sino-Russian space with Iran and India, which will play a key role in the composition of the Eurasian and global geopolitical chessboard.

If this continental space continues to consolidate, it would not only mean the alternative of an unprecedented continental power in the Eurasian space. It would also be the first time that a power of this type has a true global weight, both militarily and —here is the novelty— economically. Russia determines a decisive weight in the former, China in the latter.

Undoubtedly, the Ukrainian conflict antagonizes Russia with Western Europe and the U.S., but from the global chessboard the Eurasian union gains strength. The effect is already visible and will be even more so in Latin America, which will play a key role due to its natural resources, the consumer power of its population and because it is part of the U.S. heartland.

The fate of Ukraine is a warning for weak countries that walk alone in the world. Russia doesn’t hesitate to intervene and, beyond much rhetoric, there are no Western troops assisting the Ukrainians. Confronting the great powers together should be a security imperative for Latin American countries.

Translated from Spanish by Ricardo Aceves. 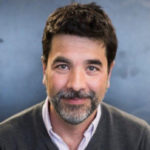