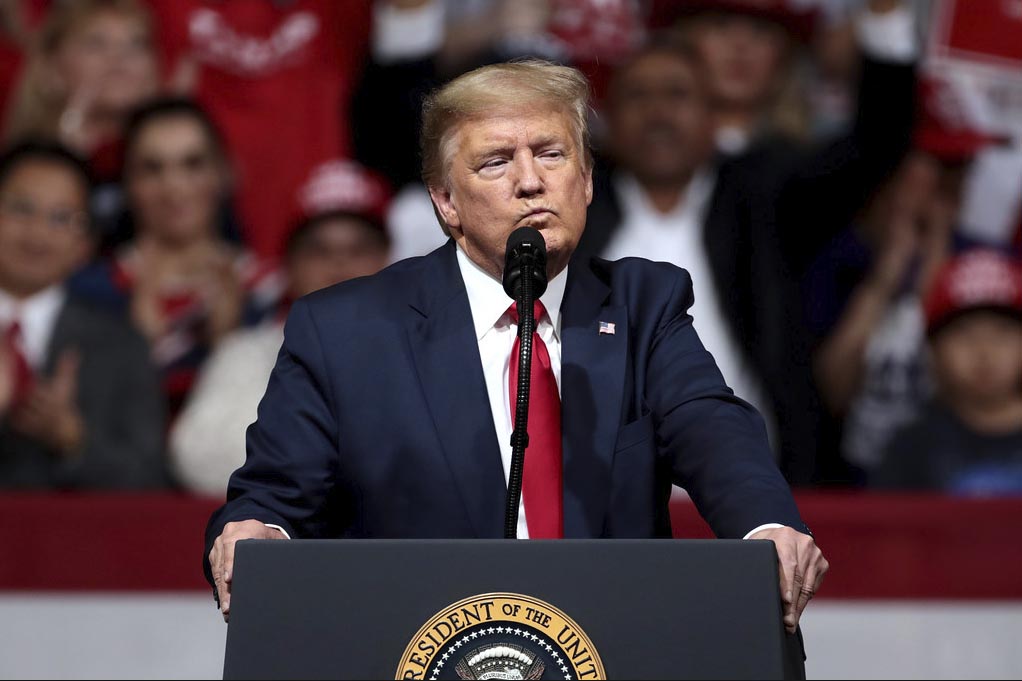 Donald Trump lost the U.S. presidential election, but he still prefers to live in the alternative world that his own propaganda has created for him. In this bizarre universe, he is considered an invincible hero of mythical proportions who decides what is right and wrong, what is false and what is not. In truth, Trump first lied that he won the election and then for days denied his undeniable defeat, but in the trumpworld, the leader is still considered the winner. This fanatical denial of reality is a key essence of Trumpism.

We need to think about the causes that made it possible for the United States to produce, elect, and now fire a leader who presented such a disastrous right-wing populist combination of denial of science regarding the Covid and racism, violence, corruption, and failed positions and actions in terms of economics, politics, health, climate change, taxes, and income inequality. A key part of the explanation is the lies. In short, a fundamental cause of Trumpismo’s success was that the Trumpistas manufactured, circulated, and sold lies and many Americans bought these lies.

The manufacture of disinformation will be remembered as the trademark of the history of Trumpismo.

The manufacture of disinformation will be remembered as the trademark of the history of Trumpismo. But we must not forget that an equally significant lesson is that Trumpism succeeded because real news has been constantly minimized in the media by the amplification of government propaganda.

As a candidate in 2016, and before that, Trump used “birtherism” (racist lies claiming that President Barack Obama was not born in the US), and other conspiracy theories to present himself as a key political player. As president, he reached a whole new level of propaganda with his falsehoods about minorities, immigrants and, last but not least, the Coronavirus.

Thus, of all the things that have been said about Donald Trump, the comparison with one of the most infamous liars in history, Nazi propaganda minister Joseph Goebbels, remains the most extreme and yet the most accurate. The reason for this is simple: Trump is lying through fascist propaganda techniques.

In explaining why Donald Trump lies so much, President-elect Joe Biden recently resorted to a proper historical comparison, saying that Trump lies “like Goebbels”. You tell the lie long enough, you keep repeating it, repeating it, repeating it, and the lie becomes common knowledge. Like many historians of fascism and populism, I believe Biden is correct, although, as I explain in my work on the history of fascist lies, Goebbels never said that repeating lies was part of his strategy. In fact, like Trump, he believed in the lies he fabricated.

To be sure, most politicians lie, but as a liar, Trump plays in a different league. From a historical perspective, there is no doubt that Trump participates in a tradition of totalitarian lies that have nothing to do with the conventional lies of traditional politicians on both the left and the right. And here Biden’s criticism is correct.

Trump lies like a cult leader. He believes that his lies are in service of a larger truth based on the faith that he himself embodies. The history of fascism presents a multitude of cases of such liars who believe and want to change the world to fit their lies, from Benito Mussolini to Adolf Hitler and many other dictators and ideologues.

There is a chronology of totalitarian lies. The fascists increased and dominated the fabrication of lies after years of being in power. The same thing happened with Trumpism and the paroxysm of the lie reached its peak in the last days with the lies about fraud and illegal votes.

But the real news is that Trump will no longer be able to manufacture and spread lies from the White House. And at least these days, there is no longer a news cycle centered on Trump. The media circulation of Trump’s lies was commonplace for the past four years, but this has changed with Trump’s defeat. But will the media learn the lesson and not put Trump’s propaganda above all else in the coming weeks, months and years?

This lesson also applies to Trump’s allies on a global scale. Like Trump, post-fascist populists like Jair Mesias Bolsonaro in Brazil or Narendra Modi in India have lied for many years, most recently about the coronavirus, and like Trump, have used it as an excuse to promote their totalitarian vocations. It is not by chance that repression and violence increased in the United States, India and Brazil at the same time that these countries became the most affected by the virus.  Biden is right, Trump has lied like Goebbels. If this lesson is not learned and fascist-type lies are uncritically circulated, democracy will again be threatened by future forms of Trumpism.