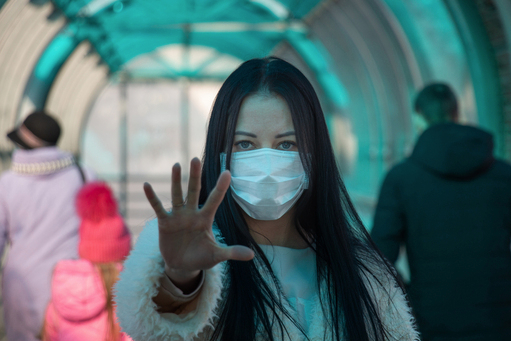 The suicide of Venezuelan writer Willy Mckey, after having admitted that he raped a minor who had denounced him on social media, has raised a discussion that has been pending in Venezuela for too long. The debate on gender violence—especially the recurrence and impunity with which it has been happening in various cultural areas—is finally on the table.

More than seventy artists have created the movement “Yo Te Creo Venezuela” (I Believe You Venezuela) to support the victims of abuse and gender violence. However, the initiative still encounters much resistance. While testimonies of abuse emerge, mainly from young women, other reactions show how difficult it will be to break violence in the world of culture. Therefore, Venezuelan social media expose some recurrent arguments that reject or avoid the debate.

“Better to stay quiet so as to not give weapons to the dictatorship”. This maxim assures that it’s best to remain silent so as not to provide Nicolás Maduro’s regime with excuses to arrest opposition figures. This reasoning is not different from that of certain leftists who urge silencing the crimes of real socialism in order not to “give weapons” to the imperialist enemy.

The holders of this maxim fail to perceive that the abusive power relations are transversal to the political camps in dispute. Of course, the Maduro regime, which avoids its own abuses, has already taken advantage of these scandals to persecute the opposition. But in the absence of the rule of law in Venezuela, selective justice should be reproached and not advocate impunity for crimes.

On the other hand, a good part of the Venezuelan intelligentsia has preferred to avoid a clear-cut condemnation of the recent allegations (even when they have been confirmed by the perpetrator himself) under the excuse to appeal “balanced” and “impartial”. This only reflects that power asymmetries are ignored and that victims are equated with victimizers, while the complainants are accused of not offering nuances.

Frequent phrases such as “I do not defend him, but…” or “I condemn what he did, but…” show this relativization of violence, as artist Erika Ordogoitti reveals in response to the Mckey case. Another discursive operation that attempts to equate victims and perpetrators is the denounce of the “media lynching” of outraged women against Mckey. This puts “the cart before the horses” and ignores the fact that it was precisely this conscious instrumentalization of his media figure that allowed Mckey to abuse young women.

Minimizing cases such as Mckey’s as if they were individual stories—Martín Caparrós insinuated that the poet was sick—or that they were limited to emotional ties, exonerates us as part of a complicit society that for years has preferred to look the other way. These abuses are tolerated or even encouraged because it is convenient, less traumatic, or simply attractive to be close to those at the top.

It is surprising that in the 21st century, some intellectuals (mostly men, but also women) declare in social media to be “astonished” or “stupefied” with the abuse cases. The difficulty to conceive ourselves as a community, beyond all personal complexes, seems to respond to the acute fragmentation of the Venezuelan society.

The three arguments presented above evade the core problem. Some of them don’t even mention the unequal power relations on which the Venezuelan society is structured, both in everyday life and in exceptional spaces. It is preferred to distract the focus of discussion on the consequences, such as the impossibility of channeling the trauma, the advent of “a witch hunt” or the instrumentalization of the judicial apparatus to persecute opponents, rather than to put the finger on the sore spot.

The impossibility of seeing ourselves inwardly is precisely what guarantees impunity, because the responsibilities belong only to the other. There is a conversation of tragedy in the Mckey case. But it seems to be reduced to a melodramatic figure. That friend with whom we took a picture drinking beers, today makes us uncomfortable when we remember that we awarded him a prize, praised him in a literary magazine or because we thought he was a brilliant student.

We could, however, turn the situation around. Mckey is part of a universe where there are plenty of examples of musicians who drug their fans to rape them, of professors who harass their thesis students and boast about their students’ naked pictures, of psychiatrists who manipulate their patients, of ministers who use public funds to pay for the breast implants of their teenage lovers, of diplomats who brag about sleeping with multiple women on official trips or of members of distinguished academies who compel a colleague to keep silent about the beatings inflicted by another member. We know what we’re talking about, don’t we?

Criticism of the toxic power relations in Venezuela is not a personal attack against this or that figure, against the government or the opposition, nor an ideological combat between left and right. It is not even a gender issue. The problem is transversal and we are immersed in deeply unequal and abusive power dynamics with multiple stakeholders. Age, sexual orientation, social class, skin color, nationality or rural origin determine forms of subordination.

Unfortunately, this is not a recent phenomenon. Power relations have remained practically intact despite the Bolivarian Revolution. For example, it is enough to recall the crimes against Linda Loaiza, who was kidnapped, raped and tortured with the complicity of the social-democracy elites of and without any possibility of justice under the Chavista regime.

How many of us have suffered or heard testimonies of abuses in different degrees by family members, partners, colleagues, teachers or bosses? How much of this have we dared to tell publicly with names and surnames, not only for the sake of justice, but to protect other potential victims (at least)?

To the first question I answer that too many. To the second one I answer that too few. Perhaps the time has come when, hand in hand with the younger generations and with the migratory experience that has allowed us to leave the petrified and nostalgic temporality lived in Venezuela, we can begin to build alternative models of coexistence.