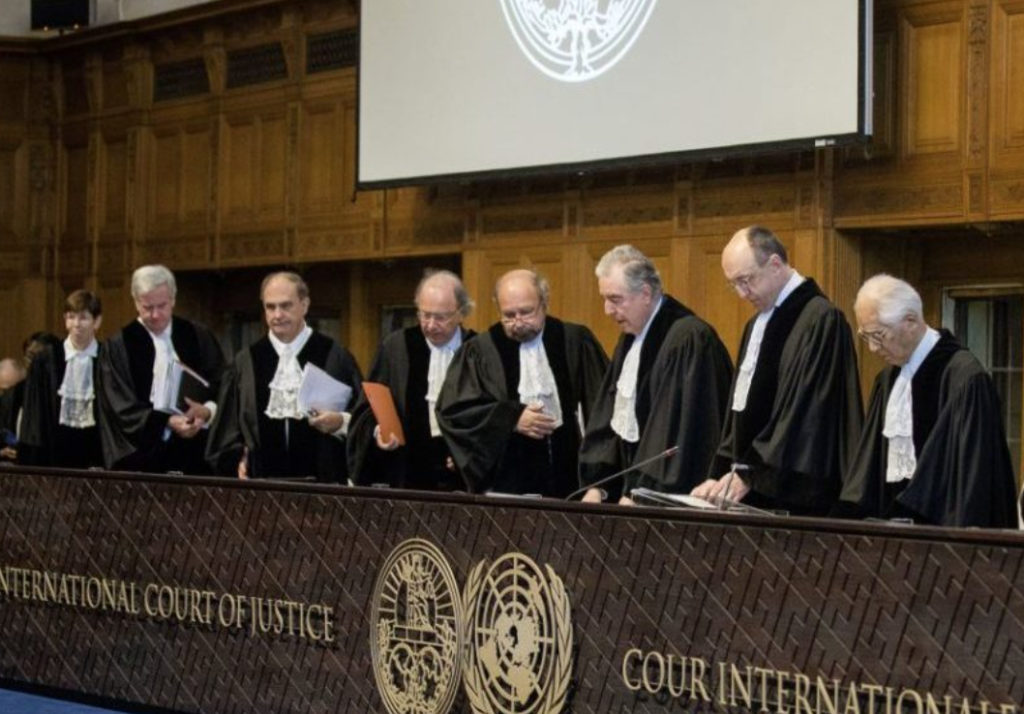 On November 3, the Chief Prosecutor of the International Criminal Court (ICC) based in The Hague, Karim Khan, announced the opening of the formal investigation for crimes against humanity in Venezuela. This historic decision is the first in Latin America and comes after Khan concluded the preliminary examination after a three-day visit to the country.  Venezuela is a signatory to the Rome Statute, which recognizes the authority of the ICC. Thus, this announcement was accompanied by a memorandum of understanding signed by Khan and Venezuelan President Nicolás Maduro, in which, under the principle of complementarity, the government commits to facilitate the investigation even if it expresses its disagreement with this decision.

The formal opening of the investigation confirms the reports issued by the OAS, the UN High Commissioner for Human Rights, and the Independent International Fact-Finding Mission regarding the systematic violation of human rights by the Venezuelan State. Created in 1998 by the Rome Statute, the International Criminal Court entered into force in 2002. Since then, this court has opened proceedings against former leaders such as Laurent Gbagbo of Ivory Coast and Omar al Bashir of Sudan.

In particular, among the four classes of crimes of major international concern, crimes against humanity are those that are particularly heinous and systematically committed against the civilian population in order to impose State policies. They include torture, arbitrary detention, enforced disappearance, extrajudicial executions, among other crimes.

In 2017, the Venezuelan prosecutor dismissed by Maduro, Luisa Ortega Díaz, and the Lima Group went to the ICC from exile on the grounds of the institutional co-optation of the Venezuelan justice system. In turn, victims and NGOs also attended and collected solid evidence on the multiple extrajudicial executions, arbitrary detentions, and torture that allowed the opening of an international criminal proceeding in February 2018. Thus, prosecutor Khan completes the first phase initiated by the previous prosecutor Fatou Bonsouda who was responsible for the preliminary examination of Venezuela for State crimes committed at least since April 2017, in the framework of the cycle of protests that then occurred.

What could be the consequences of this ICC decision?

First, the opening of a formal investigation into crimes against humanity gives hope for justice to the victims. They will be the main protagonists of the investigation, where their testimonies will be crucial. Secondly, the ICC decision opens a window of opportunity for Venezuela in at least two dimensions: a human rights dimension and a more political one.

In relation to the first one, if the government wishes to avoid a conviction, it will need to take substantial measures that go far beyond the cosmetic modifications with which it has  tried to deceive the prosecution in the last months. It is important to take into account that the ICC is governed by a principle of complementarity that seeks to interact with national jurisdictions.

In cases where it is evident that there is neither the will nor the circumstances to prosecute crimes within each country, the ICC moves forward on its own with criminal proceedings and can eventually lead to convictions. This is the reason, for example, why, on his trip to Latin America, Khan decided to close the Colombia case and proceed with the formal investigation on Venezuela. Unlike in Venezuela, the Attorney General’s Office concluded that “there is a commitment by the Government of Colombia to the different but interconnected jurisdictions comprising the ordinary justice system, the Justice and Peace Law mechanism, and the Special Jurisdiction for Peace, and in particular to safeguarding the legislative framework and budgetary allocations required for its implementation.”

Maduro would have to demonstrate then, in this stage that is opening, a willingness to rectify and repair that entails, for example, the decommissioning of the clandestine detention centres, the prohibition of judging civilians in military courts, the removal and processing of the authorities in organisms perpetrators of the crimes, including Armed Force, the Body of Research the Scientific, Penal and Criminal (CICPC), and the bodies of Military Intelligence. Likewise, it is essential that the Special Action Forces (FAES) be definitively closed down and that judicial reform be carried out so that, among other things, an independent justice system can be guaranteed by means of public tenders rather than by fingerprinting.

In relation to the political dimension, the recent decision of Prosecutor Khan puts pressure on Maduro, should he seek to evade conviction, to acknowledge crimes during his administration that could open fissures in his hegemonic coalition. Given that in the MOU the ICC assures that it will recognize the State’s efforts in relation to these crimes, the determination of responsibilities along the chains of command, including at the highest levels, will be a key factor in showing the government’s good will.

Who would Maduro be willing to sacrifice to avoid prosecution and possible conviction by the ICC? Which high-ranking civilian and military officials would he agree to prosecute to avoid his own responsibility and that of his immediate entourage? This momentary dilemma that weakens the government bloc could increase the incentives at the negotiating table that took place this year in Mexico, which the government withdrew in protest of the extradition of Alex Saab to the US from Cape Verde. Saab, a Colombian businessman closely linked to Maduro’s government and family businesses abroad, was charged with money laundering. The prosecutor’s decision could contribute to the government’s return to the table with greater incentives to make concessions for democratic reinstitutionalization.

There is no doubt that the regime will do everything legally possible to delay the ICC investigation. It is aware that these processes can take years and are fraught with obstacles. In addition, it continues to harass NGOs and witnesses who are collaborating. However, the step taken by the Prosecutor’s Office constitutes a first step for many Venezuelan victims. They have persisted tirelessly in demanding justice, the right to truth and guarantees of reparation and non-repetition, but the absence of justice in the country and the official censorship and the international media campaign have made these crimes invisible.

In regional terms, the historic decision to open the investigation for crimes against humanity in Venezuela is an important precedent in times when democratic systems seem to be in retreat. It signals a warning against autocratic ambitions and practices and that there are still mechanisms capable of imparting justice despite the control of national institutions. It breaks with impunity in the violation of human rights in Latin America and the Caribbean. A handful will certainly be on the defensive.