Political scientist Julia Gray introduced the concept of the “zombie organization” into the academic debate on the life and death of international organizations. Opinions are divided on whether the Union of South American Nations (Unasur) is dead or a zombie.  A recent study, which was done, together with the former Foreign Minister of Ecuador (2016-2017), Guillaume Long, affirms that Unasur still exists. And there are more and more voices calling for breathing new life into it.

Recently, on November 14, a group of seven former South American presidents (Michelle Bachelet, Rafael Correa, Eduardo Duhalde, Ricardo Lagos, José Mujica, Dilma Rousseff, and Ernesto Samper), accompanied by several former foreign ministers, former ministers, parliamentarians (former and current) and intellectuals, have sent a letter to the twelve South American presidents in office to demand “the reconstruction of an effective space for South American coordination”, on the basis that “UNASUR still exists and is the best platform for reconstituting a space for integration in South America”.

But the signatories of the letter also make it clear that it is not about a nostalgic reconstitution of this organization, but that a new Unasur must take into account, in a self-critical manner, the deficiencies of the current Unasur. The former presidents deplore the absence of an economic, commercial, and productive dimension in it, and criticize the abuse of the veto (by the rule of consensus in decision-making) for the appointment of the secretary-general. This rule led in the past to the paralysis of the organization when the governments of Bolivia and Venezuela blocked the election of José Octavio Bordón who, as the only candidate, had the support of seven governments (others would have joined).

At that time, the government of Nicolás Maduro vetoed Argentina’s candidate (to adjust to Hugo Chávez’s project of using Unasur as a springboard to expand Venezuela’s regional influence as a regional power), which degenerated into a project to legitimize the regime and ensure its survival. The Venezuelan government’s strategy was based on two pillars: first, on the exercise of veto power to fill the position of the secretary-general and ideally promote a regime sympathizer; second, on the neutralization of independent regional election observation bodies. The statutes of the Electoral Council of Unasur, created in 2013, legitimized the “accompaniment missions” that dilute the standards for electoral monitoring, since “accompanying” implies less than “observing”.

In their letter, the former presidents propose to replace the rule of consensus in the election of the secretary-general, which should not be subject to the right of veto of a country. In this context, the signature of as many former presidents as former ministers could raise suspicions that some of them might want to run for the post of secretary-general. The proposal itself seems a logical reaction to the paralysis of Unasur. However, the question is how realistic this proposal is.

Would the Venezuelan government be willing to accept the election of a secretary-general who does not fit its preferences but has the support of most of the other governments? Probably, but only if certain issues disappear from the Unasur agenda. In that sense, it is significant that the declaration of the former presidents does not mention the protection of human rights and democracy as priority tasks of a renewed Unasur.

In the past, Unasur was an intergovernmental organization whose advances and setbacks were marked by the logic of inter-presidential diplomacy. And due to the conflicts between presidents that paralyzed it, today it is a worn-out brand. Therefore, it is worth asking whether it would not be better to rebuild the integration space in South America that Unasur represented from the bottom up. For example, successful sectoral councils such as the South American Health Council or the South American Infrastructure and Planning Council could be reestablished (as independent institutions).

The image of these councils is less “damaged” than that of Unasur. In addition, more technical cooperation on specific issues could avoid some of the problems that would inevitably be caused by a discussion of politically controversial issues, such as the protection of human rights, the guarantee of fair and transparent elections, or the position on certain issues of international politics.

In their letter, the former presidents deplore the absence of an economic, commercial, and productive dimension in the ancient Unasur. At the same time, they emphasize that intra-regional trade in Latin America does not currently exceed 13%. In this context, the question arises as to what a renewed Unasur can achieve economically that existing integration systems, such as the Common Market of the South (Mercosur) and the Andean Community (CAN), cannot achieve on their own or in cooperation.

It seems that Latin American regionalism is repeating an old ritual. Instead of consolidating and deepening existing structures and organizations, new, often mainly declarative, projects are launched. With the consolidation of the recently reactivated Community of Latin American and Caribbean States (CELAC) and a new impetus to regional integration and cooperation processes within Mercosur, CAN, and the Pacific Alliance, most South American governments would already be sufficiently occupied. 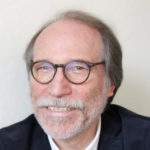