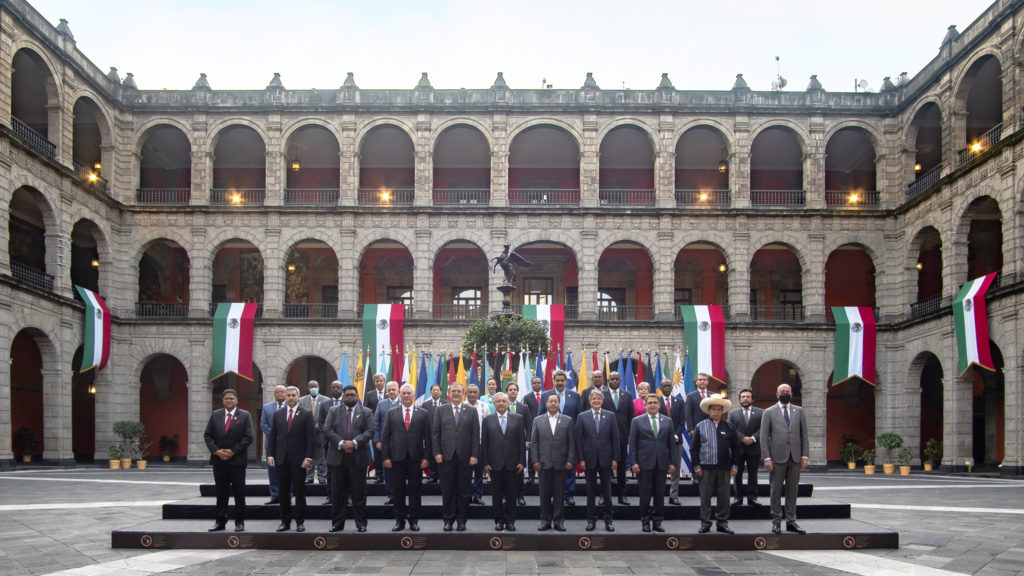 Regional political dialogue has been declining in recent years, marked by substantial differences in terms of priority issues and ideological distances. Most of the disagreements have to do with the shift to the right that took place in the last super-election cycle and these new governments’ rejection of instances that they consider stained by the ideological frameworks of the left. Among them are the UNASUR and the Community of Latin American and Caribbean States (CELAC).

An achievement of Mexican diplomacy, a challenge for Argentine diplomacy

In 2021, Mexico made an effort to revitalize political dialogue by convening the VI CELAC Summit. Although the political tensions that persist in the region were once again evident in the meeting, at least several heads of state participated, which had not been the case for years. In this sense, and even though there were no major advances, the summit was an important achievement of Mexican diplomacy and its President, López Obrador.

The VI Summit, however, took place only a few months before the end of Mexico’s pro tempore presidency, so Argentina and its President, Alberto Fernandez, now have the task of continuing to revitalize CELAC.

In the first place, Fernandez would do well to clear the political suspicions that hover over the bases of this possible revitalization. Not without reason, right wing argues that what is being attempted to be rebuilt is a lost progressive regional leadership, coordinated by heads of state who are comfortable with such a denomination and who are speculating on the advancement of progressive options in the region during the current super cycle of elections.

After the victory of Gabriel Boric in Chile, the possible victory of Lula (who would reincorporate Brazil to CELAC, reversing the exit of Jair Bolsonaro), and of Gustavo Petro or another center-left candidate in Colombia, there is speculation from the Latin American right that the profile of CELAC could take up that very imprint again.

For this reason, the left must understand that rebuilding regional forums and instances with such a marked ideological profile will once again lead to failures. International relations must be based on State policies that last and transcend the short-term policies of governments.

One of the ways to dispel this political reading is to put aside the idea of CELAC as a substitute for the OAS. The left, especially those linked to Cuba and the currently diminished ALBA, have always fought to present CELAC as an alternative to the multilateral organization historically dominated by the United States, which in the past has endorsed right-wing dictatorships and expelled Cuba from the organization.

In a way, Alberto Fernandez has already positioned himself to push back against this vision by echoing the words of former President Santos of Colombia.  In 2011, he said that integration should not be sought against anyone or against other countries.

On the other hand, the idea of CELAC as a substitute for the OAS reflects a lack of understanding of multilateral mechanisms and what distinguishes CELAC from the OAS. CELAC is still a forum while the OAS is a multilateral organization with a structure, organs, procedures, and regulations forged over time. So, the idea that one can replace the other is a mistake.

Another aspect that any project to revitalize CELAC should consider is its narrative. The worst thing that can potentially happen to CELAC is for it to become a forum where anachronistic anti-imperialist rhetoric is exercised. The act of hosting Cuba and Venezuela is fine. With this, CELAC gives a positive message of wanting to promote a dialogue without exclusions. What it cannot fall prey to is a geopolitical strategy that seeks to continue selling the anti-imperialist narrative in order to legitimize authoritarian or autocratic drifts.

This is a good time to make a break with the past and rescue Latin American national and popular trajectories, so often dominated by foreign economic interests, but within the framework of a positive and mature inter-American dialogue.

The future of CELAC as a political forum

Revitalizing the community is a great challenge and it is essential to keep in mind that the change must take place in the political forum dimension of CELAC. This revitalization’s ambition must take into account that it is far from being able to host a technical and content development function. In fact, in the declaration made by Mexico itself, the principles of self-determination of peoples, the right to development, democracy, and human rights were combined with a clear reference to existing multilateral bodies such as the United Nations, ECLAC, the IDB, and PAHO. Important proposals were even made in the area of combating Covid-19, but these were based on proposals that have already been circulated in multilateral circles, such as the joint purchase of medicines.

Against this backdrop, we can conclude that it is up to Argentina to serve effectively and efficiently as a gateway to foster dialogue and coordination among member countries, promote joint interventions in multilateral bodies, especially the UN, generate regular meetings, and make political statements that demonstrate that, despite all the disagreements, the region has a common perspective in a world in which we are increasingly irrelevant.