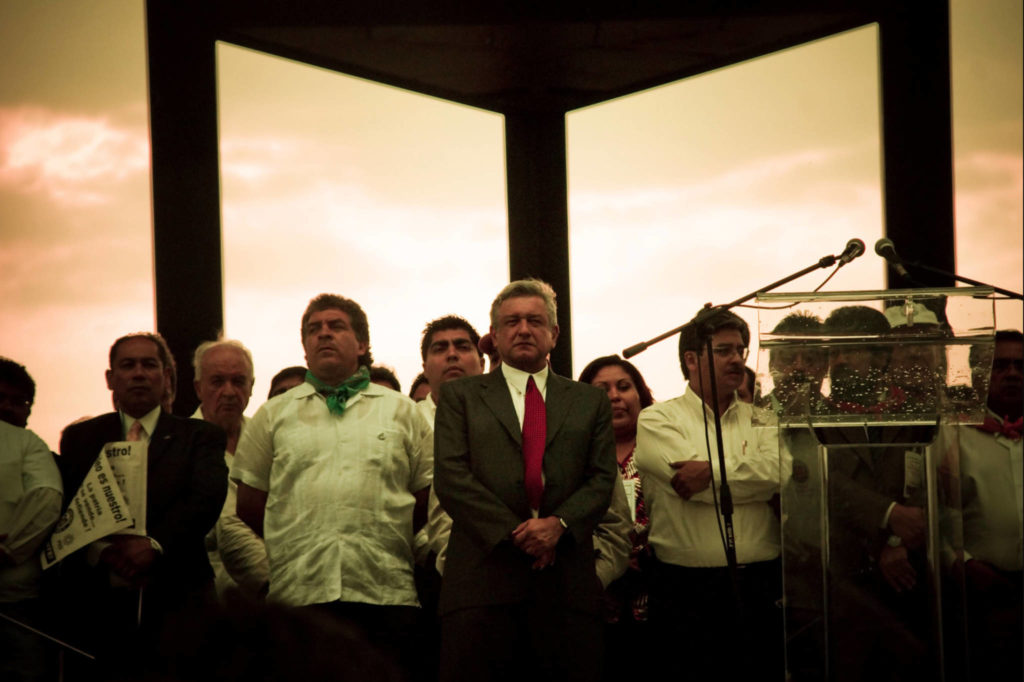 A few weeks ago President Andrés Manuel López Obrador (AMLO) announced that the Mexican vaccine against COVID-19 already has a name: it will be called “Patria”. Sounds good. However, when asked about the progress in research, financing, production and distribution, he only offered vague responses. The announcement was a name of a vaccine that does not exist.

Discrepancy between discourse and reality

Welcome to AMLO’s Mexico, where the discrepancy between discourse and reality is the norm. Examples abound. January was the worst month since the beginning of the pandemic with 32,729 deaths from COVID-19, yet at the end of that month the government announced that the virus was under control. The year 2020 is projected to be the most violent in Mexico’s history with 40,863 intentional homicides, yet AMLO claims that his government has managed to contain the violence. Mexico’s GDP fell by 8.5% last year, the largest since the Great Depression of 1929, yet the government estimates that the economic crisis will be overcome this year. And as if that were not enough, the President claims that there is no more corruption in his government, but videos are circulating of his brother receiving bags of bills from politicians close to his party, the National Regeneration Movement (MORENA).

The discrepancy between the official discourse and reality originates from and goes back to the nickname AMLO gave his government when he first took office: the “fourth transformation” of the country. The first three would have been the War of Independence (1810-1821), the Reform War (1858-1861) and the Mexican Revolution (1910-1920). This is a gross manipulation of the country’s history, but it reflects how far the governmental discourse flies from reality in Mexico today.

In effect, AMLO’s government does not assume itself for what it is: one of the three public powers that constitute the Mexican State, no more and no less. On the contrary, it imagines itself (at least discursively) as a reedition of the bloody convulsions that have marked the country and left a trail of dead.

Names matter. In this case, the “fourth transformation” reveals two serious facts. The first, and already mentioned, is the dissonance between public discourse and reality. The second–the anti-democratic mood of AMLO, who apparently aspires to a total, overwhelming victory over his adversaries. In this “transformation,” as in the other three, the opposition parties would not be legitimate representatives of the country’s political diversity, but a historical enemy to be defeated.

The democracy that we Mexicans built at the end of the twentieth century promised the opposite. In fact, one of the main objectives of the democratic transition (1977-1996) was to incorporate parties and actors that did not share the creed of the hegemonic Institutional Revolutionary Party (PRI), such as the Communist Party, into institutional politics. Let us not forget where we come from: Mexico for much of the last century was an authoritarian “almost single” party regime with an “imperial presidency,” as historian Enrique Krauze called it, at its apex.

A key element in dismantling the PRI’s authoritarian regime was to create an institutional scaffolding that would prevent the concentration of powers, formal and informal, in the Executive. The aim was to avoid that every six years a new president would try to transform the country from top to bottom.

This is the reason why López Obrador does not agree so well with the country’s democratic institutions such as the National Electoral Institute (INE), and by extension with its councillors. Because it is one thing to come to power through the ballot box and another to govern in the midst of a mess of institutional checks and balances. Democracy is a nuisance when you have to obey its rules! And AMLO’s government is no exception in terms of its difficulties within fitting into a fully democratic regime.

Latin American left and right-wing populisms have always considered democracy as an obstacle. And yes, it is. It is there to moderate radical ambitions, slow down the enactment of laws, temporarily and materially limit the powerful, and prevent the absolute takeover of the State by a single group. To put it clearly: democracy is there to make life difficult for the politician with autocratic pretensions. And Mexican democracy is achieving this to a certain extent.

The transformation promised by AMLO is at the moment only discursive. The truth is that it is not at all easy. This is a lean government whose main campaign promises, less violence and greater economic growth, are today beyond material reach. Perhaps that is why AMLO is grasping at straws today, more than ever, to a hopeful patriotism full of symbolism, but lacking in substance. He can talk the talk, but can’t walk the walk.

Photo by Eneas at Foter.com / CC BY