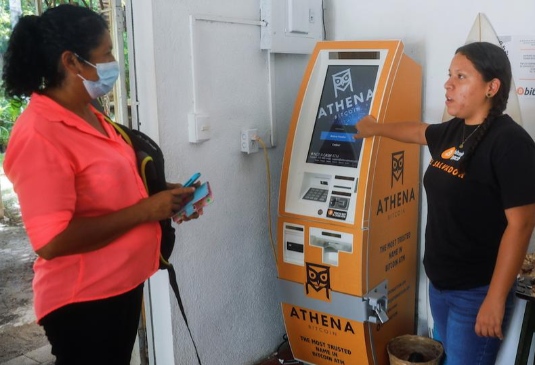 President Nayib Bukele has made El Salvador the first country in the world to establish bitcoin as legal tender alongside the US dollar. The main reason, he has fervently argued, is the savings will bring in reduced commissions on money transfers from abroad. But is bitcoin the best way to do this? How are the fees associated with bitcoin transfers determined? What are the risks for a developing country?

The financial system is changing

The arrival of the cryptoverse, defined as the set of digital currencies and assets of any nature and origin, use cryptography to secure transactions, which coexist or have coexisted virtually on the Internet. This has led to the beginning of competition between centralized and decentralized systems.

Within the so-called decentralized systems, we can find private digital currencies. Proponents of cryptocurrencies often argue that they not only provide an alternative to fiat money and commercial banking, but are also “an alternative means of governance and economic freedom outside existing institutions,” as Walch highlights in his testimony before the U.S. Senate Committee on Banking, Housing and Urban Affairs.

Cryptocurrencies are considered censorship-resistant, or resistant to any kind of manipulation by governments and financial institutions. On the other hand, they are considered to not require an intermediary to trust to execute transactions (permissionless).

An example of such decentralized systems is Bitcoin, established in 2008 and launched in 2009, whose token, bitcoin, became the first cryptocurrency of the digital era. However, the origins of the cryptoverse do not lie in the well-known bitcoin. DigiCash (1989), B-money (1998) and Bit Gold (1998) were precursors of this technology whose consensus protocol has been disruptive in the sector.

It is worth mentioning certain similarities – with the exception of distances – between Bitcoin and the functioning of rai stones, the currency used on the island of Yap, one of the Caroline islands belonging to the Federated States of Micronesia, located in the Pacific Ocean. The rai stones, which are in limited supply and whose weight makes them impossible to transport, belong to the various inhabitants of the island. These citizens collectively remember whom each stone belongs. When one of them is used to purchase goods or services, the transaction must be approved by the majority of the villagers, an analogy to Bitcoin’s consensus protocol.

If this happens, the transaction is validated and all the inhabitants remember the new owner of the stone, while its physical location is completely irrelevant. Additionally, there are no intermediaries in executing the transaction beyond the compliance of the island’s inhabitants, equivalent to “miners” in Bitcoin.

Although the Yap Island system is infeasible for a large number of transactions, it is entirely possible to store in a non-reversible way who has made each transaction, once virtually validated in a massive data sheet, such as the blockchain.

This occurs in the Bitcoin network, but the verification of transactions is not free of charge. Each “node” or “miner” that manages to be the first to verify a group of transactions (block), will receive a remuneration consisting of fees associated with each transaction in the block and a fixed amount of bitcoins that is gradually reduced until the entire supply of bitcoins is put into circulation (note that many important details in the process of validating a block have been omitted for reasons of space).

How are these fees associated with each transaction determined? The president of El Salvador claims that the adoption of bitcoin as legal tender will result in significant savings in fees for sending money from abroad (remittances). It is estimated that remittances to El Salvador amount to around one fifth of its GDP, $6 billion, and commissions usually exceed 10%.

However, it should be noted that the commissions associated with bitcoin transactions, as with almost all cryptocurrencies, are not paid based on the value of the amount being transferred. If the capacity of the network is exceeded by the excessive demand for transactions, their confirmation will be delayed, prioritizing those transactions that have higher fees associated with them.

The Risks of Bitcoin Implementation

The fees received by “miners” are likely to be lower than the fees charged by financial institutions. But another risk factor inherent in converting a cryptocurrency, such as bitcoin, into legal tender also comes into play: its extreme volatility. The uncertainty and volatility of a currency’s exchange rate is inversely related to a country’s economic stability.

Companies that are obliged to accept payments in bitcoin can cause abrupt changes in companies in the very short term. The same is true in the financial sector. El Salvador’s largest bank, Bancoagrícola, already accepts bitcoin payments, not only for sending money from one agent to another, but also for loan repayments. It is likely that some agents will try to take advantage of the arbitrage opportunities available to borrow and repay in bitcoin, causing potential solvency problems.

A recent study confirms that U.S. cryptocurrency users tend to be young, mostly male, digitally native and highly educated. According to World Bank data, in El Salvador 6.1% of women and 7.3% of men over the age of 25 had completed some form of university education. Considering this, it seems difficult that the mass adoption of bitcoin in a country with problems of technological infrastructure and internet access has any chance of prospering.

The adoption of bitcoin as legal tender is understood more as a marketing strategy carried out by the country’s president than a proper economic policy measure that would improve the lives of its citizens. For the time being, after Bukele’s announcement, the reaction of the markets was not predicted. There was a reduction of its debt rating by several rating agencies and a significant increase in the interest rates of its long-term debt. The following months will be decisive to see how this monetary experiment progresses. 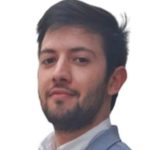 Economist and PhD student at the Universidad Autónoma de Barcelona. Currently, he is on a research stay at ENSAE, École Polytechnique (Paris). Specialized in monetary economics, digital economy and banking.