It is true that democracy is a set of rules embodied, most of the time, in Constitutions and electoral norms, but it is also a set of provisions not written down on paper. The British political historian James Bryce stated that it is not the constitutions that guarantee the political functioning of a country, but the unwritten rules, those that prescribe good judgment in the use of power. When this does not happen, the institutions, created to be the guardians of the constitution and democracy and to set limits to the government in power, become allies of presidents who pave the way for authoritarian governments.

The former president Evo Morales, protected by his large parliamentary majority, gradually extended his dominion over the other branches of government during his terms and annulled any organization he considered dangerous for his administration. He charged against right-wing and left-wing leaders, against the media and, paradoxically, also against some indigenous organizations.

This logic did not change with Luis Arce. In September of this year, the MAS bench, taking advantage of the fact that a group of opposition parliamentarians was traveling, changed the agenda and proceeded to the election of the new ombudsman, a person suspected of having an affinity with the ruling party. This absence of checks and balances to the exercise of power has been accompanied by a language without limits.

Bolivia is currently experiencing a conflict over the date of the population and housing census because the government proposes to conduct it in 2024 and the opposition of Santa Cruz in 2023. This issue has served as an opportunity for politicians to bring out their remarkable ability to hurl expletives.

The executive of the Bolivian Confederation of Peasant Workers’ Unions, Eber Rojas, challenged the Governor of Santa Cruz, Luis F. Camacho, to a “fist fight”, threatening to kill him and the president of the Santa Cruz civic entity. For his part, the governor, under the watchful and pious gaze of Christ the Redeemer, described President Arce as a coward in front of a crowd.

But what is worrying is not that, it is known that politics is a magnet for people of unlimited ambitions and few scruples. What is worrying is that this is no longer condemned but celebrated by the followers of the caudillos. The clear death threat to the union leader did not arouse any censure from his organization or even from the justice system. On the contrary, it was the clarion call for groups related to MAS with a siege and march toward the city of Santa Cruz with the objective of demanding Camacho’s resignation.

We recurrently consider that democracy needs institutionality as if the rules and their compliance were enough to stop democratic deterioration. Unfortunately, this is not the case. Many authoritarian leaders have come to power in full compliance with all the rules of democracy, but have then proceeded to damage it from within. This happens even in “consolidated” democracies such as the United States and much of Europe. Part of this damage is due precisely to the lack of respect for the unwritten rules of democracy.

Once the rules that seek to prevent the excessive use of power have been broken, only the streets remain as spaces for conflict resolution. Once all restraint and judgment about one’s own strength are broken, any attempt at negotiation or pact becomes impossible. All that remains is imposition and violence and the false idea of triumph. Victory on a battlefield “is an illusion of imbeciles” said Faulkner. And he was right.

Finally, has the logic of ignoring the unwritten rules of democracy changed with Luis Arce? Very little. Several characters that emerged at the juncture of 2019 and that the government considers authors of the “coup d’état” are still detained. Judicial processes have been activated against former public officials such as the former mayor of El Alto, Soledad Chapetón, currently detained, and the former mayor of La Paz, Luis Revilla, currently in hiding. And the combative civic committee of Potosí has been intervened by the forces of law and order and its leaders have been judicially accused.

These actions are more a settling of scores with the leaders who supported the civic movement against MAS, than a correct application of the law against corrupt former officials. This is evident when the governor of the department of Potosí enjoys full freedom and continues in office despite the evidence of corruption against him. It is also shown by the evident delay at the start of the former mayor of Cochabamba’s trial, who is a member of the governing party.

Therefore, the causes for the uneasiness of a good part of the population have not been erased.  The logic of concentration of power, the tutelage of the executive power over the judiciary, the selection of public officials under criteria of affinity to the government, and the support of corruption by MAS bureaucrats continues.

In his two years in office, Luis Arce has had to deal with several conflicts where only political will was needed to solve them. In the current conflict over the date of the Census, Arce, like Evo, persists in denying the existence of a citizenry critical of his government and refuses to accept their suggestions and demands. Although Evo is no longer in charge, his style of governing is maintained. 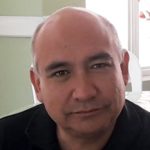