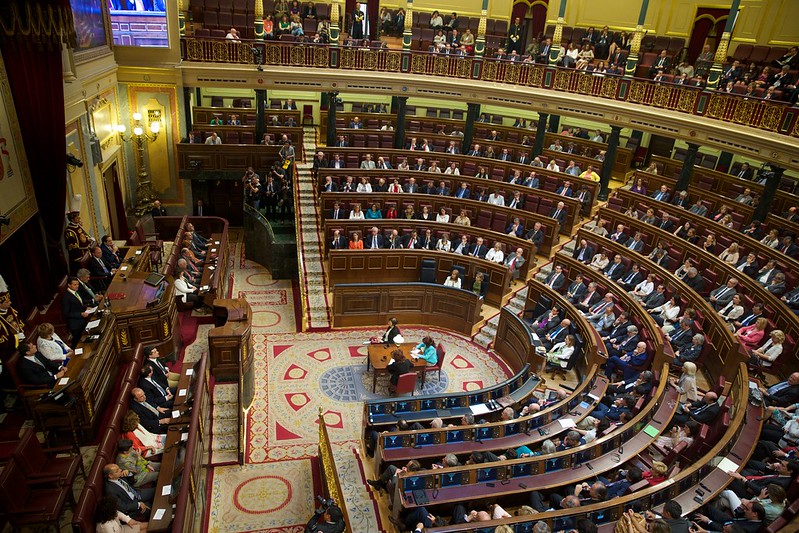 Jacques Ranciere, French political philosopher, writes that politics exists because disagreement exists. Because disagreement is constitutive of human and social life. And hence the need for politics. Not to annul disagreement, although that is also politics, dictatorial politics, but to reach minimum arrangements that allow us to live in disagreement. In this sense, decades ago the electoral system was instituted and perfected as the best way to represent in a government the decisions, product of the pertinent debates, that concern us all. The formally instituted and instituting disagreement.

Elections, then, were a battlefield of ideas, positions, representations on social life. A political arena that boiled over at election time so that, once the heat was over, with democratic victors and vanquished, things would return to such a level as to allow the unfolding of everyday life. The exacerbated spirits in the electoral contest gave way to personal, group and sectorial concerns and worries. Neither heavenly peace nor Pax Romana. Just go on living and waiting for the next battle.

The politics of the last few years

The politics of the last few years is showing other characteristics: a fierce material and symbolic antagonism, dialectically and ideologically violent, which survives electoral contests. A division -not necessarily in two- social, political and even philosophical that survives the elections and, most significantly, that intensifies after them. A social framework in which political positions remain in confrontation beyond the electoral result. Fragmented societies without electoral politics generating the necessary balms to unify certain criteria and decisions regarding the policies to be followed.

It is necessary to clarify: confrontational moods do not survive by virtue of the electoral options that have just competed, that is to say, the political parties that ran. There are still confrontations and antagonisms based on representations of political and social life, representations that the parties in electoral competition more or less assumed programmatically. Elections, beyond winners and losers, do not blur ideologically instituted social positions.

The last U.S. election is a paradigm of this. It is no longer the classic Democrats vs. Republicans contest. Perhaps not even between Trump and Biden. It is a fierce ideological, cultural and symbolic battle between two ways of representing the values of a correct human and social life in the context of contemporary globality. Absolutely opposed and irreconcilable visions. Imaginaries that bet on a social institutionality composed of absolutely confronting values, of mutual exclusion. And this division is not diluted by the electoral result; on the contrary, perhaps it is intensified.

The scenario in Latin America

For the last decade and a half, the same scenario has been taking place in Latin America, between the positions defined as populist and republican, now complexified by the division between right-wing and left-wing populism. In Europe between populism and philosophical-political liberalism. Or between nationalism and cultural cosmopolitanism. In some Asian countries between an authoritarianism defined as necessary because it maintains traditions in the face of the dissolution of cultural values or more westernized options. Not to mention in theocratic political systems.

In contemporary Latin America, this social polarization can be clearly observed in recent political events. The recent election in Peru can be read as problematic, not only because of the near electoral tie, but also because it reflects a sharp and irreconcilable division in the population between two antithetical projects for the future. The final resolution of the Electoral Board, which will foreseeably recognize the triumph of Pedro Castillo, will exacerbate, it can be speculated, the confrontation within Peruvian society.

The Chilean Constituent Assembly, beyond its heterogeneous composition, is clearly summarized between those who want a structural reform of the model in force for 40 years and those who will only accept cosmetic touches to the constitutional text inherited from Pinochetism.

The Colombian conflict is so divisive that political analysts foresee an upcoming electoral contest in which Petro’s potential victory will mean the end of Uribism. The same in Brazil where Bolsonaro’s setbacks, to put it elegantly, are directly proportional to Lula’s rise in the polls. The upcoming mid-term elections in Argentina have the same component: confrontation and sharp division of society into two almost exclusive options, at least in terms of social acceptance.

The dispute and confrontation is timeless.

What is interesting to note is that what appear to be close electoral contests are so insofar as they represent very strong social divisions, violent in some stages, irreconcilable, to the point that they constitute the real vectors of the political-electoral dispute.

Generally, electoral disputes in representative political systems bring with them debates and confrontations that have the tone and time of the duration of those moments. Today, the opposite seems to be happening: the dispute and confrontation is timeless, it resides in the heart of society. Elections are only very partial amalgamations of differences, anger and hatred.

Electoral politics no longer fulfills the democratic promise of being a catalyst of social impulses and, in its resolution, generating winding but progressive paths, generating visions of possible futures. Electoral politics is currently overwhelmed by personal and social disagreements, rooted in vital conceptions of social life. A modality of disagreement that exceeds representative democracy. A structure of disagreement that is even disruptive of the democratic form of validating life in society. That democratic form that Winston Churchill considered “the least bad of the political systems” known until now.