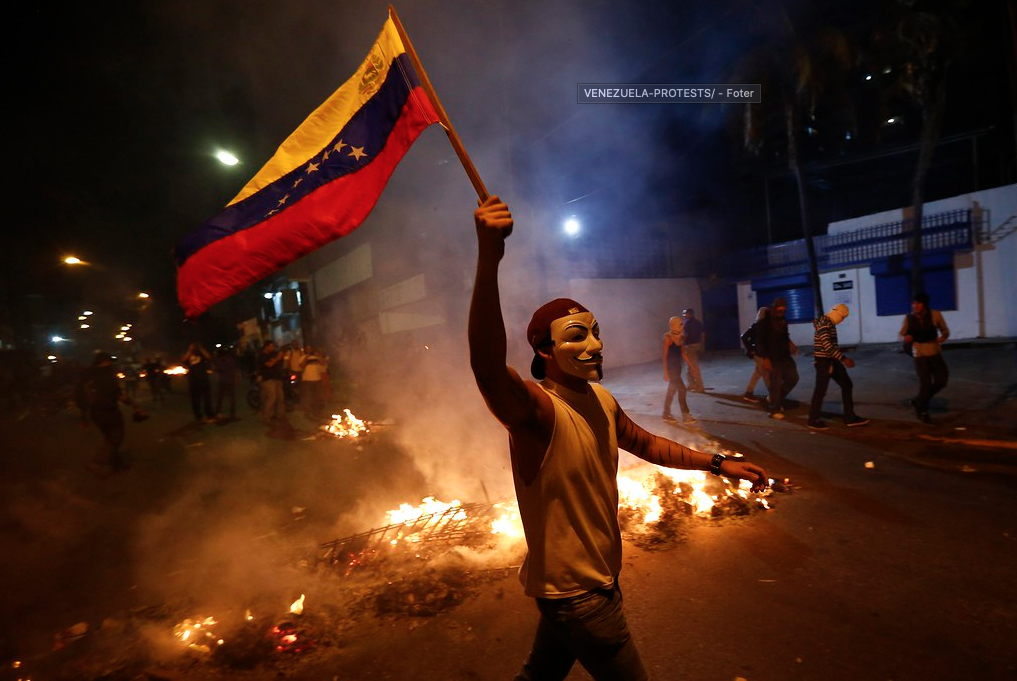 Reviewing Venezuela’s future, some possible ways out of the political instability and the dramatic social and humanitarian situation is not an easy task in light of an avalanche of daily news and decisions taken by Nicolas Maduro’s regime. Thus, in the wake of the announcement of “bringing Christmas forward”, the enforcing of the Anti-Blockade Law and the results of the investigation carried out by the United Nations Human Rights Council, it seems that the elections organized by the regime will likely take a back seat. However, we must not lose sight of the fact that each of its decisions and pronouncements are aimed at maintaining this process, which has been tailored to its own needs.

Perhaps the Chilean memory, where the exit from the dictatorial regime was through the ballot box, frequently clouds the political decisions of those who yearn for a peaceful and democratic way out of the Venezuelan crisis. But it is important to keep in mind that Pinochet’s exit was not only determined by an electoral process and that the situation in Chile at that time was very different from the situation in Venezuela today.

We are dealing with a regime linked to drug trafficking that is facing numerous international pressures, which range from the economic to the responsibility of violating human rights. Faced with this reality, its incentives for a negotiated solution are few if not non-existent.

It is necessary to remember that since the arrival of the Bolivarian Revolution, more than 15 electoral processes have taken place. Of these, the regime was able to calculate precisely what movements were necessary to ensure its victory. Only in the few cases where it conceded an apparent victory, was it only to demonstrate a certain transparency and participation of the opposition. In those cases, however, the government already had a clear road map for dealing with these results and that they were not affected in practice.

One of the clearest examples of this electoral manipulation was the 2007 Constitutional Referendum where, despite losing the consultation, the Supreme Court of Justice (TSJ) justified an amendment with the same purposes as the reform. And the second, the declaration of nullity of all the acts of the National Assembly (NA) elected for the constitutional period 2016-2021, by declaring it in contempt, which meant that the opposition would have a qualified majority.

These manipulations were achieved thanks to a constitution tailored to the Revolution, a product of the electoral bases established by the National Executive for the 1999 constitutional process. This process allowed Chavismo to obtain 95% of the seats with 60% of the vote. But, paradoxically, this structure now turns out to be too tight for their purposes, leading them to make a new call for a National Constituent Assembly, which besides being called and elected in an unconstitutional manner, is created with the purpose of usurping the functions of the NA.

This is how a new and fraudulent appointment of rectors of the National Electoral Council (CNE) is reached, as well as the suspension of the directives of opposition parties, without forgetting that previously the process of (in)validation of the political parties opposing the regime and a constant cleaning of the single government party would have been carried out. It is with this recent NEC that the legislative elections are called which are neither free nor fair, in the face of a non-existent division of powers and limited freedom of expression.

one of the most important points to consider is the limitations imposed and the persecution of any opposition voice.

That is why one of the most important points to consider is the limitations imposed and the persecution of any opposition voice. Pressure that had already been implemented by the government of Hugo Chávez, but that now, under the protection of the Law against Hate, for Peaceful Coexistence and Tolerance — which in addition to being issued by a National Constituent Assembly that does not have the power to do so — is used to suppress any obstacle to freedom of expression. And since it is not enough to eliminate any dissident pronouncement to the actions of the regime, it is applied in a discretionary manner and its sanctions are completely disproportionate, with the penalty for intentional homicide being much less than that imposed for alleged incitements to hatred.

This being so, there are no minimum conditions for considering an electoral process of this nature, taking into account that it is one of the many actions exercised by the regime to seek to legitimize its permanence in power before the International Community.

All of these are more than enough reasons to not doubt that one is facing a dictatorship that by its nature will not be willing to depart from power, and even less so by way of elections.