Between 2019 and 2020, the COVID-19 pandemic delved into the fiscal problems of central governments in most countries in the region. In Ecuador, this situation forced the Government to carry out budgetary cuts in several areas, which strongly affected the supply of State services. One of them was the cutback in the education sector, specifically in the Initial and Basic Education project of the Ministry of Education, which led to the closure of the early childhood service named “Servicio de Atención Familiar para la Primera Infancia (Safpi)”. This service attended to the educational needs of three and four-year-old children from vulnerable families who, because of their conditions, could not attend an educational institution.

When establishing this type of actions in a country, the fundamental principle that should guide the cuts is that they should be made in those expenses or investments that are less fundamental or that impact the basic needs and the well-being of its people in a lesser proportion. In other words, they should be made strategically, thinking about the present, but also about the future.

According to official data, around US$3.4 million was invested in the Safpi program between 2018 and 2020. This was a direct home visit educational program, which sought to create favorable learning environments and raise awareness of the role of family members in the comprehensive development of children. Therefore, its budget was set aside, for the most part, to hire teachers, who in two school years reached 400 parishes and between 16,000 and almost 20,000 children per period.

The closure of this program meant a great loss for many families, but also for society as a whole. Programs focused on vulnerable or low-income families can reduce poverty and inequality by helping to even out the disparate conditions in which people cultivate their emotional and social learning during the early years of life, which determine individual outcomes later in life.

One of the keys, as mentioned by Nobel Prize-winning economist James Heckman, lies in the fact that inequality in the development of people’s skills is mainly explained by household characteristics. These characteristics include income, parental education, nutrition, and the quality of care and breeding that human beings receive in their early years.

In the case of households in conditions of poverty and vulnerability, several of these elements are lower or of lower quality, thus sowing inequalities between people from childhood.

Evidence sought out from numerous countries shows that children from poor or vulnerable households who participated in this type of programs achieved higher levels of skills development, better school performance and educational attainment, higher incomes, better health, less involvement in criminality and less violent behavior in adulthood. In general, every dollar invested in these programs yields US$7.3 in profits, since it avoids future social and economic costs to remedy problems generated by people who do not reach their full potential.

If we take this into account, when analyzing the cutting of the Safpi program in Ecuador, due to the cuts made because of the effects of the pandemic, not only was educational access for thousands of children affected, but also a mechanism that has proven to be extremely effective in reducing poverty and inequality was eliminated, even without keeping in mind the fact that the program had a relatively low budget, and even less than the government’s advertising expenditures.

This undoubtedly leaves us with two major lessons. The first is that early education programs are essential because they enable to equalize the conditions in which people develop their skills in their first years of life. The second is that governments and citizens we must be aware that the decision to cut back or eliminate a public policy or program should be based on maintaining an objective and strategic vision that has a minimal impact on social welfare, and on a long-term perspective. 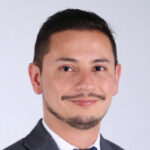