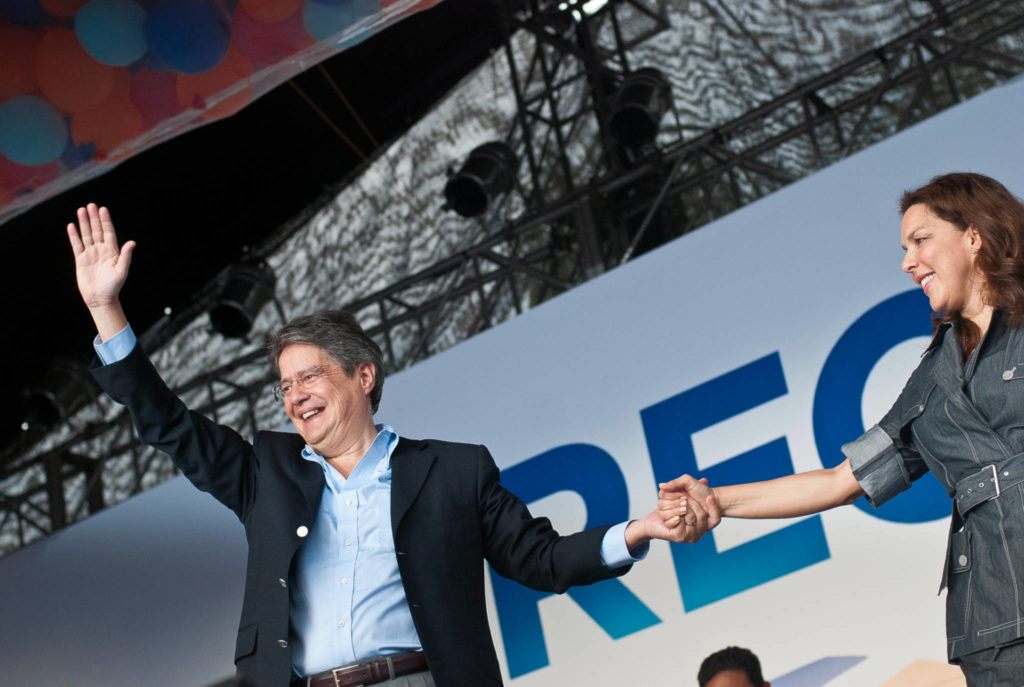 Back in the early eighteenth century, the Italian philosopher Giambattista Vico proposed to understand the unfolding of human history as an indefinite corsi and recorsi, that is, a successive repetition of processes and events, reconfigured but repeated in their ultimate essence. Something like Nietzsche’s Eternal Return but without so much ideological charge. The results of the election in Ecuador seem, for the Latin American politics of the last decades, to confirm this vision of history.

In controversy with other more predictable political scenarios, in the sense that an electoral dispute may be close but its final result not surprising in its meaning and impact, the election of Lasso confirms the Latin American political rule: the winner surprises and surpasses all previous speculations, analysis and polls.

Why would Arauz win?

After the general elections, where it was obvious that the ballotage, if any, was going to be between the Correista Arauz and the Liberal Lasso, surprisingly there were some days in which it was not known if the second was indeed Lasso, or the leader of the CONAIE (National Indigenous Confederation of Ecuador) Yaku Perez. Arauz’s comfortable lead in that first round (33% of the vote) faced an undecided second minority between Lasso and Yaku, both rounding 19% of the vote.

Arauz’s correismo feared that the runoff would be with Yaku because, although relations between Correa and CONAIE were very conflictive in the former president’s second term, both were supposed to be competing for more or less the same electorate. On the other hand, a ballotage with Lasso, a neoliberal and a man of the financial establishment, made them assume a predictable victory.

On their side, the anticorreismo wanted to hold on to the second place of Yaku for the same reasons and objectives: the leader of the CONAIE “bit” votes to Arauz and added, by fear and not by love, as Borges said, the voters of Lasso.

After the elections of April 11, Lasso surprisingly obtained an electoral victory, if not comfortable, then comfortable. Those that do not leave room for the claims of the defeated: 52.5% to 47.5%. Once again, Latin American politics surprised both locals and outsiders.

The first analyses unfold a series of issues to explain such a surprising electoral victory. In the first place, the re-profiling of Lasso’s campaign, designed by the ineffable Jaime Duran Barba, who sought to open up to sectors and issues outside his more conservative ideology (gender, environment, minorities). Secondly, the agenda set by Lasso forced Arauz to a defensive discursive confrontation. Third, the fact that the indigenous communities turned their backs on Arauz, as evidenced by the vote. And finally, the furious anti-correismo of a large part of the urban middle sectors.

It is true that these and other factors are heterogeneous, incomparable, diffuse and difficult to measure. But evidently something made them converge in an option not wanted by many but taken as “the lesser evil”. This, of course, will later influence the management of the new government once the ephemeral glory of the presidential inauguration is over.

Some keys to Latin American politics in the 21st century

Evidently, elections in Ecuador, Peru, Bolivia, Uruguay, Brazil, Argentina, that is to say, the last two years, show a very fluctuating political scenario. Until a little more than the second decade of this century, there was a clear predominance of progressive governments, with the variety of progressive movements in Latin America (leftists, center-leftists, social democrats, populists).

Since then, an incipient political-ideological shift has been observed, which has become known as the “shift to the right” in the region’s politics.

But for the past few years, the oscillation between right and left, with all that lies in between ideologically, no longer seems to follow a clear pattern. Elections not only position governments of one colour or the other, but these undefinitions can also be observed within the governments themselves.

It is enough to observe the evangelical component of “leftist” governments such as that of López Obrador (which includes former politicians of the conservative PAN) and of Ortega in Nicaragua. The strong internal divisions in the MAS government in Bolivia, which, two months after the presidential election and victory, has suffered two defeats in departmental and municipal elections. In Peru, in the recent elections there were six candidates who obtained between 8 and 16% of the votes, in an arc ranging from the extreme right to the radical left.

The possible new candidacy of Lula is growing in Brazil while slowing down Bolsonaro’s falling support. Chile postponed an election (Constitutional Reform) which is an aspiration of the center-left and at the same time an escape valve for the liberal government of Piñera.

In short, Latin America is a particular region in many aspects. Of course, politics could not be less so. Unpredictability, ups and downs, euphoria and depression, periods of economic boom and fulminating crisis. Left and right.

Perhaps only by returning to the literary boom of the ’60s and its magical realism can we give clues to a more empirically and methodologically defined understanding to find certain patterns of our political behaviour, and in the meantime, be cautious in our prospective analysis. After all, pollsters have a harder time.