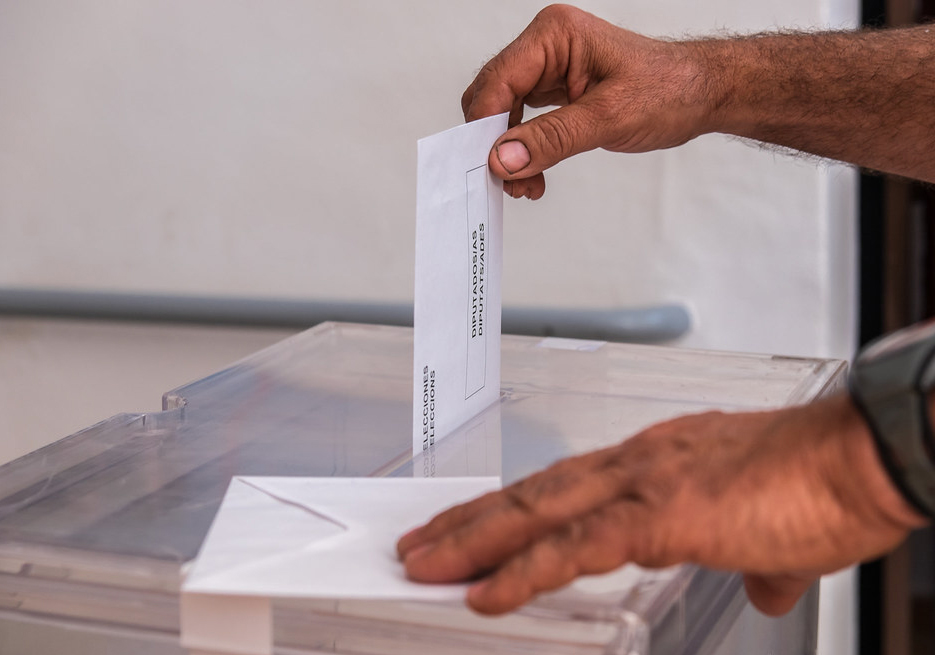 Since the beginning of the pandemic, twelve elections and one constitutional plebiscite have been postponed in Latin America in order to preserve both the health of citizens and guaranteeing the processes. The region has not been the only one to postpone electoral activity: according to data provided by the International Institute for Democracy and Electoral Assistance (IDEA), more than 70 countries and sub-national jurisdictions have decided to postpone electoral events of all kinds.

The July 5 elections in the Dominican Republic, scheduled to begin on May 17, were the first to be held in a time of health crisis and marked the beginning of a cycle in which leaders and parties will compete for power in an unknown context until now. The next election is in Bolivia, where presidential and legislative elections will be held on October 18. In the following months Chile, Ecuador, Honduras and Peru will elect a new president. There will also be parliamentary and local elections in Mexico, Argentina and El Salvador. And there is still uncertainty as to whether Nicaragua and Venezuela will hold their respective announced elections.

Even before the pandemic, most of the scheduled elections were to be held in adverse environments. Corruption scandals, economic stagnation and social discontent had taken hold in many Latin American countries, weakening elites and parties. Now, to all this, we must add the consequences of the Covid-19. Experts agree that the virus will continue to increase social inequalities, poverty rates and aggravate some of the region’s endemic problems.

In the coming months, elections will be an escape valve for political systems under great stress

Experts agree that the virus will continue to increase social inequalities, poverty rates and aggravate some of the region’s endemic problems. In the coming months, elections will be an escape valve for political systems under great stress and pressure due to the health and economic crisis. However, the exceptional situation in which they will be held requires generating sufficient guarantees so that voting conditions do not jeopardize the transparency and integrity of the results.

There are three main challenges for the upcoming elections. First, to have the necessary resources so that the holding of electoral events does not put public health at risk. Second, think about introducing special voting mechanisms that do not harm the quality of the process and can serve as an eventual solution to contain the health risks that can result from holding an election. And third, to adapt the programmatic offers of leaders and parties to the current scenario. This is not the time for irresponsible, populist or authoritarian speeches. There is too much at stake.

The questions regarding the conditions under which elections should be held have been addressed by different bodies and institutions. Aware of the difficulty of organizing elections in times of pandemic, agencies such as the General Secretariat of the Organization of American States (OAS), IDEA or the Global Electoral Justice Network have developed elements to take into account when deciding whether to hold elections or to postpone them, and have proposed measures to strengthen the capacities of electoral bodies.  Specifically, the recommendations have been directed at protecting election officials, guaranteeing the right of citizens to exercise a secure vote, and providing the conditions necessary for political parties to participate in conditions of fairness and transparency.

However, despite the existence of proposals, the outlook is uncertain and the elections in the coming months will be a democratic experiment in which there are many decisions to be made. In order to find a balance between health and the right to vote in times of pandemic, it is necessary to reformulate electoral campaigns to replace mass events with digital strategies, to think about extending telematic voting while ensuring that the guarantees of the electoral process are preserved, to study the economic and institutional viability of implementing alternative voting strategies, and to seek solutions so that all people can exercise their right to vote, especially those affected by the digital divide.

With respect to leadership and programmatic offerings, the extreme circumstances to which both economies and political systems are currently subjected are an ideal breeding ground for the rise or consolidation of messianic leaders. The pandemic has only exacerbated the problems of the region and has increased both the fragmentation and polarization of political systems. This puts at risk the governance of States and favors the emergence of populist leaders promising solutions to existing problems. However, populist rhetoric is not functional in contexts such as the current one, where coordination, moderation and political dialogue are necessary.

Too many uncertainties that will be revealed in the coming months. In the face of them, the certainty that today more than ever it is important to promote responsible and transparent democratic processes that allow to revitalize a democracy that already showed evident signs of fatigue before the pandemic. The combination of elections with guarantees and responsible leadership is, for the moment, the first step in the recovery of democracies affected by another disease: that of discontent and crisis.

Political scientist. Professor at the University of Valencia and external lecturer at the Univ. of Frankfurt. Doctor in Rule of Law and Global Governance, Univ. of Salamanca. Specialized in political elites, representation, party systems and comparative politics.