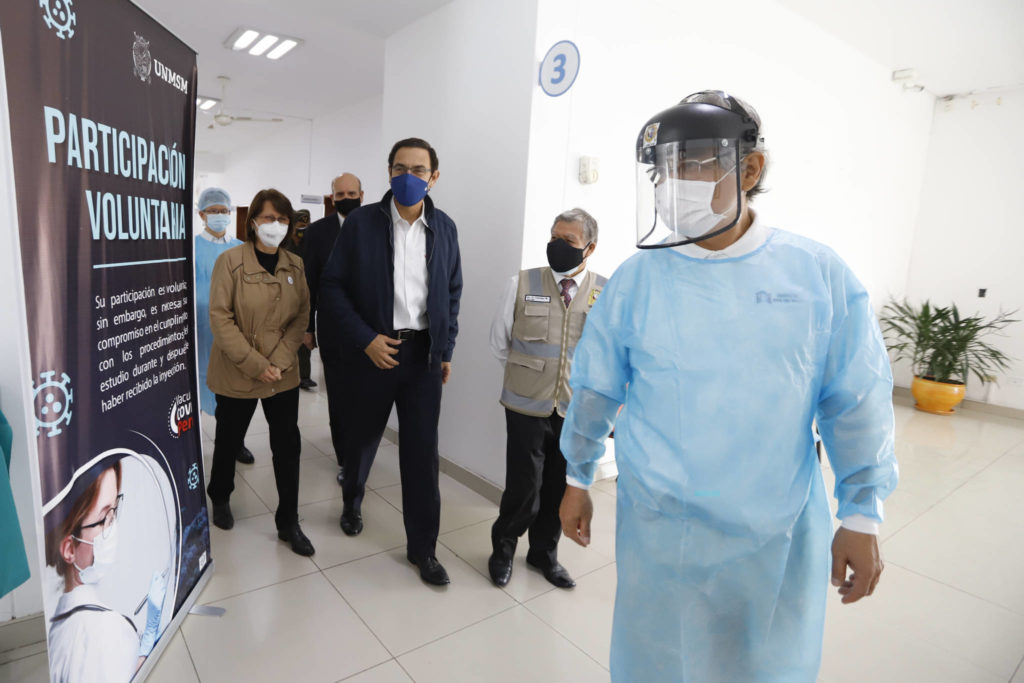 Exactly four years ago, the existence of a list of bribe and gift beneficiaries given to them by the Brazilian company Odebrecht was debated in most of the countries of the region. History does not repeat itself, but it rhymes. In 2021, we will discuss whether there are some lucky ones who, skipping all the agreed-upon protocols, have joined the list of those vaccinated against Covid-19.

Latin America was eagerly awaiting the arrival of the vaccine. However, as the first doses began to arrive, the first reports of irregularities in its distribution and use also began to appear. The immunization process has reminded us once again that the lack of transparency and the irregular management of resources are a long shadow that always haunts the region.  The absence of a clear process, opacity and the detection of certain abnormalities in access to the vaccine have turned the inoculation process into a new headache for Latin American citizens.

Although the first doses arrived only a few weeks ago, there are already several countries in the subcontinent where cases of irregular vaccination of citizens have been reported. In general, these cases are directly or indirectly related to the government in power. The use of vaccines purchased with public resources for the benefit of the authorities’ close circle, or the disrespect of the assigned vaccination schedules, have been reported in Argentina, Ecuador, Colombia, Peru and Chile.

Despite leading the vaccination rate worldwide, in Chile, 37,000 people under 60 years of age and without morbidities have been vaccinated out of time. One third of these people reside in the metropolitan region. Among them is the mayor of the municipality of “La Florida,” Rodolfo Carter. In Argentina, the former Minister of Health, Gines Gonzalez Garcia reserved 3000 “Sputnik V” vaccines for discretionary use. The journalist Horacio Verbitsky, a government sympathizer, personally announced having received the vaccine, thanks to an invitation from the former minister. Likewise, family members and friends were vaccinated, which led to the resignation of the former official.

Peru was the first country to register the vaccination of officials who were not related to medical staff and frontline personnel working to contain the virus. In the trials of the “Sinovac” vaccine, carried out on 12,000 volunteers in the country, it became known that around 2,000 doses were destined for the vaccination of Peruvian government officials. Among the lucky ones were such illustrious people as former President Martin Vizcarra, his wife and brother–everything stays in the family–, former Minister of Health Pilar Mazzetti, Foreign Minister Elizabeth Astete, the Apostolic Nuncio, rectors of the San Marcos and Cayetano Heredia universities, and even former President Fujimori’s family doctor. In Colombia, the journalist and businessman Óscar Medina announced through his social networks that he had been vaccinated by the hospital where he is a contractor.

Ecuador is perhaps one of the worst cases. In the Andean country, not only authorities and their families have been vaccinated in an irregular manner, but also hospital administrative personnel, sports leaders, tiktokers, a journalist close to the current government and even a chef have skipped over protocols. While health personnel working on the front line and elderly people from geriatric centers were waiting their turn, others were advancing on the road to immunization. Rodrigo Paz, former mayor of Quito and former president of the soccer team “Liga Deportiva Universitaria,” reportedly received the vaccine at the end of February. Two well-known tiktokers, Salomon Doumet and María del Alma Cruz, announced, without any embarrassment, that they had been vaccinated at the beginning of March thanks to the influence of the former’s father.

The burden of corruption

In South America we do not only have problems related to access to vaccines.  Once again, we have to deal with corruption, which is not only entrenched among government officials, but is also part of the culture of the citizens of our countries.

A few years ago, the Odebrecht corruption scandal affected almost all Latin American governments. Its impact was so strong that it led to the alternation of power and made a strong impact on the public agenda, both from the point of view of the media and judicial authorities. Despite the fact that, as a consequence of this corruption scheme, state officials and private businessmen were sentenced, it seems that not enough was learned. Today we are faced with a new list, that of irregular vaccinations, which is evidence of the bad habits that persist in the region.

Unfortunately, the law of the quickest seems to be the rule and not the exception.  We see it every day in the news and on social networks, when a high government official, congressman, local authority, religious leader or union leader is involved in undue payments for contracts, votes to pass laws or for receiving benefits outside the law. But we also have citizens who cut the line to undergo a procedure, bosses who do not pay what is due to their employees, or workers who take office supplies home.

The naturalization of corruption

Corruption has infected us to the core. We have naturalized behaviors that break the law, and they have become part of the codes of conduct and frameworks of interpretation of reality. If we look in the mirror and compare ourselves with our rulers, they will only be a reflection of how we conceive politics, the State and its institutions. This does not mean that the trite and meaningless phrase “if we change individually, we will change the country” is true, but we must be aware that by disrespecting the law, we are also co-responsible for the institutional weakness that afflicts our countries.

Since its inception a year ago in Latin America, Covid-19 has highlighted not only the inability of our countries’ political systems to solve problems. It has also shown us that weak institutions are the product of a culture that legitimizes corruption and even normalizes it in order to survive. Its effects are not limited to low confidence in institutions, the rise of populism or the cascade of scandals that go unpunished. Perhaps the most serious of all is a political culture that seems to see the State not as an agreement to guarantee a collective will, but rather as an opportunity to achieve individual will.