What exactly does artificial intelligence mean? Let’s start with the first term, “intelligence”. An individual, be it a human or an animal, is considered to be intelligent when it demonstrates the ability to solve problems and overcome obstacles to produce a result or achieve a previously established objective. Individuals with the ability to cope with unforeseen problems could also be considered intelligent. In both cases, it is intelligence related to the so-called technical or instrumental rationality, belonging to the realm of the means.

However, there is another intelligence, which has to do with the ends. It is of the ethical-political or teleological type and is also concerned with the adequacy of means to ends. That is to say, it also possesses the instrumental element. However, equally or more important for this intelligence is the validity of the ends themselves. Do they deserve to be achieved? Why? At what price?

We will return to this point later. Let us now see what the second term in the expression “artificial intelligence” means.

Without much effort, when we think of the notion of artificial, its counterpoint “natural” immediately comes to mind. Thus, artificial would be everything that is not natural. But if we examine the question more closely, a new problem arises: if natural is everything related to nature or derived from it, would there be something unnatural? Something essentially artificial? If we extend the notion of nature to the universe itself, what could be unnatural, apart from metaphysics? Nothing, unless we think of the artificial as something not produced directly by nature, but whose production and existence were mediated by human action.

And, in fact, come to think of it, this is precisely the meaning of “artificial” in the common sense. This expresses the tacit separation between humanity and nature, between the thinking subject and the world in which he or she acts. The world that is the object of thought and the action of the subject, which includes other subjects turned into objects. This idea is so characteristic of modern culture that it even seems natural. But it is not common to everybody and cannot be sustained: there is no such thing as nature and the natural world on the one hand, and the human and artificial world on the other. There is only one world.

What there is, is the human capacity without transgressing natural laws. Which is not possible outside the myth of discovering new combinations of substances and natural powers, and thus producing things that were not given, transforming the world and himself, for better or for worse.

Therefore, the “artificial” is not opposed to the “natural”, but the natural is mediated by human action. Taking this into consideration, when can it be rigorously affirmed that this type of mediation is properly intelligent? In the technical or instrumental sense, the examples are innumerable. In the ethical-political or teleological sense, not so much.

One of the celebrities of so-called artificial intelligence are algorithms. Let us then think about the algorithmic mediation of digital platforms from the above arguments. Is there intelligence in action there? Let’s go back to our definition of “intelligence”. At first glance, intelligence is “the ability to solve problems and overcome obstacles to produce an outcome or achieve a previously established goal, or the ability to get rid of unforeseen problems.”

Now, in that sense, algorithms certainly demonstrate remarkable intelligence. However, who created them? Who is really the intelligent subject behind the algorithms? Their programmers? Certainly, because it is thanks to their own intelligence that they are produced. But we are still at the level of technical or instrumental intelligence, whether in the case of the algorithms or of the programmers themselves.

After all, if we think about the second level of the aforementioned notion of intelligence, which we call ethical-political or teleological, who is the subject of this intelligence? The one who does not elaborate the means, but sets the goal of action as legitimate and worthy of investment? This subject is moved by a purpose, by a desire, by an end. He or she has the power to put the means into action. Who is this subject? The owners of digital platforms and their shareholders. What is their purpose, their desire, their end? To get rich.

On the other hand, is the expansion of capital by corporate owners that control the digital platforms and their shareholders indeed intelligent from the point of view of humanity as a whole and of nature itself?

In light of a set of alarming contemporary phenomena, the answer is hardly positive. The  environmental collapse and the return of hunger in Brazil are, to some extent, the result of the growth of digital disinformation on the web, loaded with hate speech, irrationalism, misogyny, racism, homophobia, climate denialism, the rise of anti-vaccine movements and, tying things together, fascism.

It is therefore not a technical problem, but an ethical-political one. A problem that cannot avoid the updating of the critique of capitalism. For the problem that still and inevitably arises is the contradiction between the public interest—which obviously includes the preservation of nature—and business interests. For capital, which is as it were the unconscious subject of the whole process, possesses a most artificial intelligence in the sense of mobilizing human and natural resources for its own growth, which is its sole purpose.

At the same time, this has proved to be the height of stupidity, for humanity and nature as a whole. Stupidity is understood here in the conjugated sense of non-intelligence and brutality. This picture illustrates the dominant tendencies of our time. If we are intelligent, we have to change course. 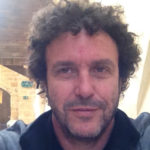 Professor of Communication and Information Science at the Federal University of Rio de Janeiro (UFRJ). Coordinator of the International Center for Information Ethics in Latin America. Member of the National Network to Combat Disinformation.