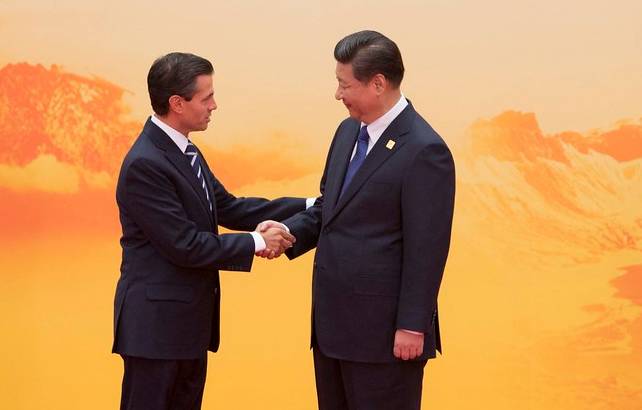 Since President James Monroe proclaimed in 1823 the slogan “America for the Americans” and declared before Congress that any intervention by Europeans in the continent would be seen as an aggression that would require the intervention of the United States, the relations between the North American country and Latin America have been complicated and everchanging. Therefore, after Biden’s victory, it is pertinent to ask how the new administration will influence Latin American foreign policy and its global positioning.

The existence of close economic ties, accompanied by expansionist, commercial and ideological interests, have made the United States a key country on the agendas of Latin American states. For decades, when making decisions, it was unthinkable to ignore the position of the neighboring country to the north. However, the decline of U.S. hegemony and the internal tension following the last election day provide a window of opportunity to set a new direction for Latin America’s international agenda.

The United States appears today as a giant with feet of clay at the same time that China ascends in an unstoppable manner and Russia becomes an ally of the Asian giant to recover its status as a global actor. While the U.S. military presence remains unchallenged, Latin America’s economic, commercial and financial dependence on China is growing. Although Russia cannot compete economically with neither China nor the United States, it is a strategic partner from the political point of view. A large number of Latin American countries have political affinities and geostrategic interests that are closer to Russia than to the United States.

The pandemic has done nothing but accentuate the strengthening of ties, causing foreign powers to see the crisis as an opportunity to push Latin America to diversify its foreign relations. A new scenario has opened up in which Latin American countries can no longer articulate their strategies and negotiating capacity by looking only to the United States, but must be able to articulate niche diplomacy. That is, they must be able to establish ad hoc coalitions on specific issues, such as health, natural resources, the environment or external financing, with different strategic partners. This contributes to a much more multipolar order that China and Russia do not intend to waste in order to exercise their power.

At a time of deep economic, health and to some extent social crisis, the capacity to adapt and anticipate will be key to gauging the fate of Latin American foreign policy. The fact that the crisis is hitting the United States like never before weakens its supremacy and the institutional crisis derived from the frontal confrontation between Republicans and Democrats means that there is not even a single voice. But we should not forget that the fact that a traditionally hegemonic force is in decline does not necessarily mean that it is no longer an actor of special relevance. We are in a system in full transition, with complex agendas and external dynamics, in which the existence of a clear and stable game board is yet to come.

This context means that, despite the fact that many have wanted to focus the debate on how relations between Latin America and the United States will be articulated in the Biden era, the particularly relevant question revolves around the search for new spaces in the international order taking advantage of the decline of the North American giant. First, because it is very likely that, despite adopting a discourse far removed from that of Trump, Latin America will not be a priority for the new administration. And second, because it is also foreseeable that Latin America will take advantage of the situation to diversify its foreign relations.

The issue is complicated by all the inertias that link the United States and Latin America, and by the structural weakness that characterizes the region. Added to this is its decreasing systemic relevance and the inability to resolve internal crises autonomously. Even regional alliances have not served to find solutions to the conflicts affecting the continent, and often the shadow of foreign powers hovers over domestic politics.

Latin America has not been able to consolidate effective internal alliances and still shows great dependence on third countries.

Examples include China and Russia’s support for Maduro’s government, France’s pressure to intervene in the management of the Amazon after last year’s fires, or the active role in managing the peace process in Colombia. Latin America has not been able to consolidate effective internal alliances and still shows great dependence on third countries. Therefore, even if the United States were to disappear from the planet, Latin American countries would still show great dependence on the outside, which makes it difficult to develop and consolidate an autonomous project.

The changes on the board could be an opportunity for the region. But only if it is able to take advantage of the competition between the great powers to strengthen its negotiating capacity, balance the scales and gain greater autonomy. If it only limits itself to progressively replacing its dependence on the United States with a new one with the China-Russia axis, little will have changed in structural terms.

Political and economic autonomy must be a goal for Latin American policy. Dependence on large centers of power has been a constant throughout its history and, it seems, at least in the short term, a reality of its present.