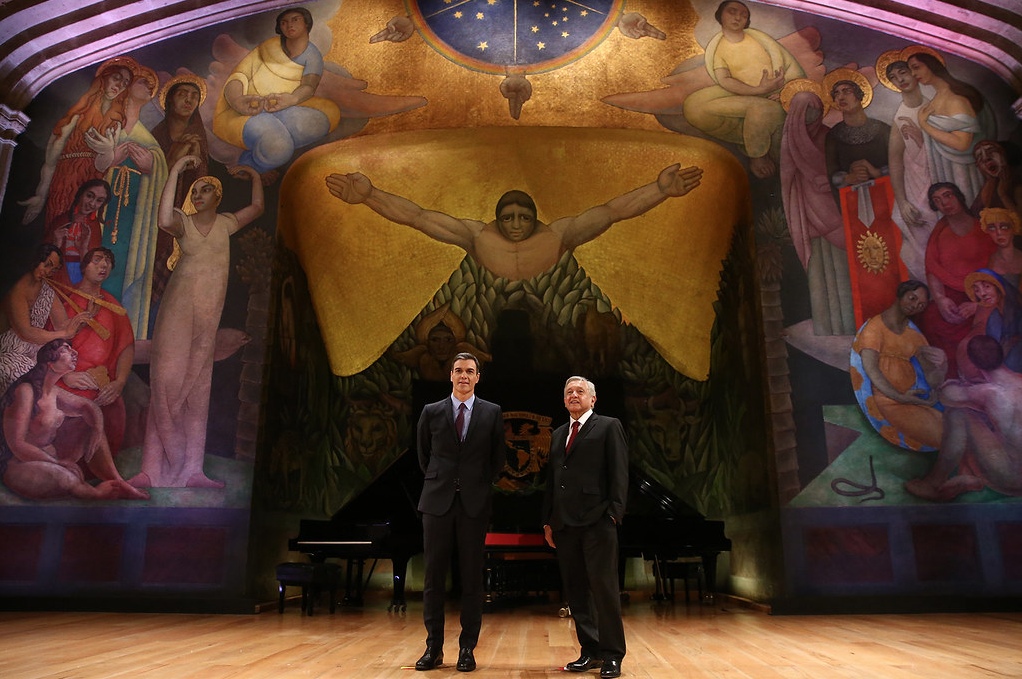 Rarely does a commonplace help to understand complex issues. The stereotype of the duality between proximity and remoteness that defines relations between Latin America and Spain is one that has marked them for decades. However, in addition to the serious difficulties in identifying the poles of the relationship, it must be taken into account how the relationship has changed. Latin America appears as a very tangled region in which the issues that arise within the countries that comprise it acquire very particular profiles, and the states themselves compete within the framework of a neighborhood in which there are frequent tensions. For its part, Spain has accentuated its internal identity problems over the last five years while establishing a firmer position within a European Union where Brexit has reshaped relations between partners. On the other hand, the links have a dynamic character that is marked by the passage of time, by the circumstance that the past is sedimented, helping to explain the present, and by the changes in third parties whose entry and exit from the scene is notorious.

The countries of Latin America and Spain share their insertion in the so-called third wave of democratization that began in the mid-1970s, an unusual circumstance in their history. The remarkable renewal of relations led to an evident intensification of contacts in different, although sometimes complementary, fields such as culture, education, economics, and politics. Perhaps one strategy, more active on the Spanish side, stood out, promoting periodic meetings at the highest level following the format of the Ibero-American summits and their subsequent institutionalization in the Ibero-American General Secretariat, now languishing.

However, since the beginning of the new century, three phenomena of a different nature have taken place on the Latin American side. The effects of which have intensified notably in the last decade, and which may modify the heterogeneous pre-existing relational framework.

The first refers to the reinforcement of the identity framework that has as its axis the “original” question. This is revolving around the commemorations of the so-called Fifth Centenary of the Discovery of America, although it is not something unprecedented in the historical-cultural nature of the region. An introspection on the identity in which the indigenous, pristine and kind, is opposed to the conqueror, turbid and violent. Demands for apologies to high-ranking Spanish policy makers follow along with the demonization of colonial figures and ephemeris that see their statues cornered, as well as the renaming of public places. Countries mostly endowed with an enormous linguistic richness see a resurgence in the demand for recognition of vernacular languages, marginalized by the official presence of Spanish. Recent evidence includes the words of the new Peruvian president at his inauguration, what happened in his Congress regarding the use of Quechua, and in the Chilean Constituent Convention with respect to the claim of the Mapuche community. In short, the ever-difficult articulation of the multinational character is a challenge for Spain which is experiencing a similar situation in its own territory.

The second phenomenon comes from the rise of China. In barely two decades it has become the leading investment and trade partner of many Latin American countries, acquiring a preponderant role in the economic field and displacing the United States, whose presence in Latin America had been restricted to migration and drug trafficking issues as it was more geo-strategically focused in the Middle East. Now, the return of U.S. troops reopens the opportunity for greater attention on the region. However, China’s positions have already been taken and undermined regional integration processes such as Mercosur, as Uruguay has opened negotiations with the Asian country without consulting its partners. In this scenario, Spain’s presence is limited and moves away from its moment of greater economic integration that occurred prior to the 2007 crisis.

We must consider the significant deterioration in the quality of democracy in a growing number of Latin American countries, which makes interaction more complex. Dealing with the syndrome of illiberal or outright undemocratic regimes is an added complexity in typical relations between states. In addition to the profound authoritarian drift in Venezuela and Nicaragua, there is a similar drift in El Salvador and one that is looming in Guatemala and Honduras. The futures of Brazil and Peru do not make things any easier.

From the Spanish perspective, the scenario does not seem easy either when it comes to establishing guidelines with which to guide Latin American relations. Without being a “zero-sum” logic, the Europeanization of Spanish public life plays a determining factor, projecting itself in two directions that must be taken into account. The first refers to the greater involvement of the Spanish economy and its society in the European project that has been redefined after Britain left the Union. The second is related to the preferences of the Spanish elites, as well as the weight that Europe has played in their life experience. A review of the professional careers of the members of the Spanish government shows this in a scenario in which, curiously, one of the members of the coalition government, Podemos, had a clear Latin American component in its origins.

In parallel, the independence anniversaries, which in some countries celebrate two centuries, have coincided with other quite significant events such as those commemorating the founding and fall of Tenochtitlan. All of which has meant the obstinate reopening of the old issue that links the responsibility of the colonizing entity to the colonized peoples. The biased rereading of the past is confronted with the designs of the future in a scenario that does not cease to be haphazard, where there is a struggle for the solidity of the story in an environment that has changed significantly due to the chronic fatigue of the democracies and the presence of China.