The Mayan Train, as the project promoted by the government of the so-called Fourth Transformation (4T) of Andrés Manuel López Obrador is known, is presented as an alternative to advance towards a supposed sustainable development. However, it is nothing more than a deepening of the extractive capitalist model, which reproduces the same colonial logic that seeks to bring development to those who have been historically excluded from “progress” and modernity. The reconfiguration of the territory of southern Mexico is a turn of the screw in the deepening of a civilizational crisis.

Late last month the Intergovernmental Panel on Climate Change (IPCC) issued the latest grim warning on the state of the climate. The report indicates that global emissions must peak no later than 2025, otherwise, the effects of climate collapse will be catastrophic. At the crossroads of civilization, that is, at a time when the addiction to economic growth and fossil fuel production should be decreasing, the Mayan Train is going in the opposite direction.

It is a mega tourism and freight transportation project that, according to the government, seeks to “improve people’s quality of life, care for the environment and trigger sustainable development”. This project, in the words of the Mayan communities, is more than a train and has nothing Mayan about it. It consists of 1,525 km of track and subsists of the creation of railroad infrastructure with tourist, housing, freight transportation, storage, and commerce developments in five states in southeast Mexico, making it the largest development project in Latin America.

Under the logic of sustainable development, the train appeals to tourism as the most effective way to provide economic growth and protect nature. However, no Environmental Impact Assessment (EIA) has been conducted to effectively mitigate the cumulative impacts of the project. To date, only a few Environmental Impact Assessments have been completed for certain sections, while others have not been analyzed despite the fact that they threaten highly vulnerable ecosystems such as the sinkhole and aquifers of the Yucatán Peninsula.

The project is actually a territorial reordering as it seeks to create, together with the Trans-isthmus train, which will cross from Salina Cruz in Oaxaca to Coatzacoalcos in Veracruz, a new inter-oceanic trade route and an integration of the territory to global trade. Following the argument that the southeast of Mexico is an abandoned space or ignored by the development model, these trains seek to integrate the region into global capitalism by facilitating the transit of merchandise, fuels, and tourism, opening the territory to extractivism, thus integrating new territories to the capitalist logic.

The government has rejected the criticisms as conservative or neoliberal. But the development model it is betting on is not and cannot be sustainable. The train is a piece of the great project of territorial transformation of the south-southeast region of Mexico. And in the peninsula, many know that it is nothing more than a recycled project from previous administrations that will benefit transnational companies and that will serve to articulate the mega-projects that already exist in the territory, such as transgenic soybean monocultures, mega-pork farms, or large renewable energy generation projects. Thus, López Obrador’s government is redefining and reorganizing the territory as a legible space for capitalist investment based on a dialectic between the idea of productivity and what is considered waste. This model implies marginalizing other ways of being, existing, and inhabiting these territories.

The train has other problematic aspects such as the creation of a hub for international trade, as well as contributing to the capture of migrants in the flow to the United States.  The latter occurs in part because of the tourist transformation of the train routes that for decades have been used by migrants (La Bestia), forcing them onto increasingly dangerous roads. But perhaps its most controversial aspect is the way it uses Mayan indigenous culture and identity to justify the imposition of “sustainable development”.

It is worth recalling the alleged “error” of the Ministry of Environment and Natural Resources that revealed how the government seeks to perpetrate ethnocide in the name of its own development. According to the Ministry: “Ethnocide can have a positive twist, ethnodevelopment. This can be possible if indigenous populations are involved in the development process and in the administration of benefits”.

Despite the criticisms and although the government acknowledged that this was a mistake, so far it has not carried out any indigenous consultation that adheres to the international frameworks of ILO Convention 169 and that would allow for the supposed ethnodevelopment. On repeated occasions the project has been presented as a done deal and that such consultations would not change the project.

This plan also contributes to the perpetuation of the colonial order. The prominent intellectual, Yásnaya Aguilar, has already said that “Mexico’s independence was not a break with the colonial order, but rather implied its perfection”. We could add that the development of megaprojects such as this one is a deepening of that colonial order, where Mayan identity is reduced to a tourist service, transforming it into an experience or merchandise that can be exploited and extracted.

The model promoted by the 4T perpetuates colonial violence since it consists of eliminating the possibility that other groups exist according to their own ways of being, knowing and understanding. In exchange, the use of the indigenous, as Guillermo Bonfil Batalla said, serves to perpetuate the Imaginary Mexico (of development and progress) but condemns the indigenous identity to the past (Real Mexico).

Under the vision of “development” and “progress”, the traditional ways of planting, and subsistence, relating to the territory, and, therefore, of the Mayan cosmovision itself, are usually discounted or even seen as obstacles to the development of the region. The Sowing Life project, which seeks to recover the deforestation caused by the train, illustrates the rejection of biocultural heritage by substituting it for species of ‘value’ and ‘services’ that can be commercialized.

It is difficult to speak of ethnodevelopment or sustainable development in the region. Even more so if we understand this project as a continuation of the colonial and capitalist model that has been promoted in Mexico for the last 500 years, which imposes a single vision of the future.

To bet on such a project, even taking into account the possible economic benefits in the short term, is to perpetuate the logic that has led to the civilizational crisis and the climate collapse we are facing. Promoting true ethnodevelopment would imply learning to listen to the alternatives to development that already exist in the territory.

Pablo Montaño is a political scientist and holds a master’s degree in Environment and Sustainable Development from the University of London. He is specialized in climate communication and is the coordinator of the Conexiones Climáticas organization. Producer and screenwriter of the documentary series El Tema. 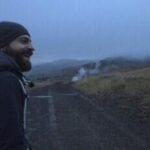 PhD. candidate and researcher at Durham University. His research interests are climate justice and energy transition beyond capitalism. He has collaborated with movements and organizations in Mexico since 2012.