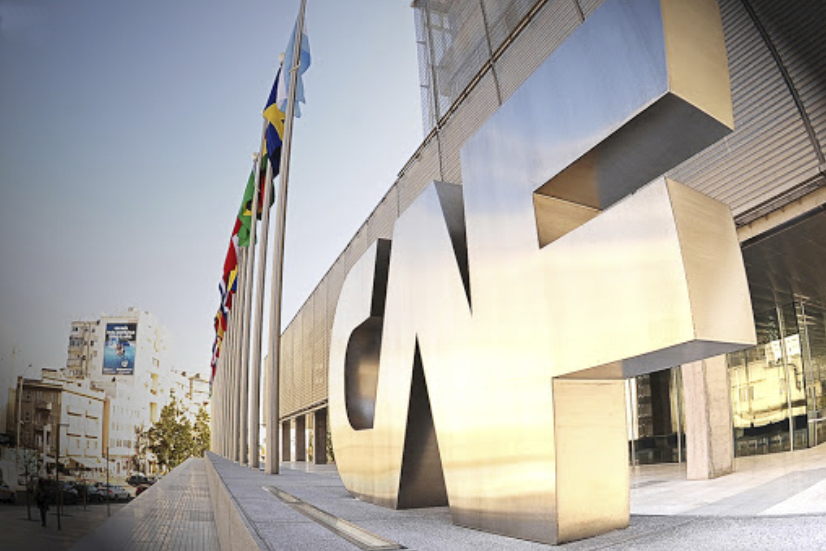 The Andean Development Corporation celebrated its fiftieth anniversary. After the upset caused among several Latin American governments by the appointment of Mauricio Claver-Carone as president of the Inter-American Development Bank – which breaks the tradition that the leader of this organization always being a Latin American and the executive vice president a U.S. citizen – CAF has more reason to celebrate.

The low profile maintained by CAF, however, is becoming increasingly difficult to sustain. Its size, coupled with its credit policies and strong performance, is attracting more and more attention. In 2019, CAF approved US$13 billion in credit operations. This is more than the amount committed by its main competitors in the region, the IDB and the World Bank, to provide resources for Latin American development. CAF has become a giant.

This is significant, both for the history and the present of the corporation for the continent.

Let us review the history first.

CAF was founded in 1970 to finance the integration of the nascent Andean Group, formed by Bolivia, Colombia, Chile, Ecuador and Peru. The initial capital and subsequent increases until 1990 were subscribed by the founding nations – who controlled it completely. CAF was (and still is) a special development bank: founded and financed by poor countries, lending resources to those same countries.

According to its original mandate, loans would go to projects that integrate agriculture and industry (especially intermediate and capital goods), improve transportation and marketing infrastructure, provide technical cooperation, and promote intra-Andean trade. They would also be channeled to Bolivia and Ecuador for various initiatives, as the least developed countries within the Group would enjoy preferential treatment.

Following these guidelines, the first investments flowed towards the construction of a network of rice warehouses in Bolivia, the assembly of an industrial complex to process tropical tuna in Ecuador, and the construction of a bridge in Zulia that would facilitate Colombian-Venezuelan integration.

At the end of the 1980s and in view of the evident failure of substitutive industrialization in the Andean sub-region, the Corporation strategically repositioned itself. Its transformation took place over 25 years on three main fronts.

First. It prioritized the financing of infrastructure projects (road, hydric, maritime and energy) over industrial investments. It allocated resources to raise productivity, protect the environment, improve the competitiveness of small and medium-size enterprises, and support public sector reforms.

it began to build an intermediary network of more than one hundred commercial banks as partners to advance loans.

Second. It expanded its membership and changed its relationship with the private sector. After adding Mexico (1990) and approving the return of Chile (1992), CAF integrated 15 more countries – from the Southern Cone and Central America through the Caribbean to Europe. CAF also opened up to the private sector. On the one hand, it began to build an intermediary network of more than one hundred commercial banks as partners to advance loans. And on the other hand, it accepted the entry of a group of private banks as shareholders with voice and vote on the board of directors.

Third. It accessed international markets. CAF became a regular and successful issuer of medium- and long-term bonds in the capitals of global finance: New York, London and Tokyo. The most important rating agencies have given its papers a high investment grade rating since 1993, and today it is one of the safest issuers in Latin America.

Now let’s look at the present and future.

By comparing CAF with multilateral entities such as the World Bank and the IDB, we can better understand the advantages and disadvantages of each. For example, the World Bank provides concessional loans. It also provides long-term resources to low-income countries that would find it difficult to access such financing. Finally, the interest rates it charges for its loans are very low.

What advantages can CAF offer in this scenario? Several. Let’s review.

CAF processes loan approvals faster than the IDB or the World Bank, with average times ranging from three to four months. In addition, small countries such as Bolivia and Ecuador exercise their voice and vote in the organization’s decisions with tangible results for their interests. These two countries have continued to be the largest recipients of their loans – from 2000 to today they have obtained resources of around US$ 20 billion.

the interests CAF charges are converging towards the levels offered by its rivals.

Although the interest that CAF charges for its loans is higher than that offered by the IDB or the WB, two things should be noted. One, the spread over the LIBOR rate has narrowed as the Corporation’s financial strength has become more appreciated in international markets and by risk rating agencies. In other words, the interests CAF charges are converging towards the levels offered by its rivals.

Two, CAF loans are provided free of ties, i.e., without conditions. This is not the case with much of the resources of its competitors. The practice of imposing conditions on IDB loans has made a run in Latin America since the Baker Plan. In the midst of the debt crisis of the 1980s, the Ronald Reagan administration openly promoted the financing programs of multilateral organizations on the basis of certain economic policies.

As Sarah Babb’s research has shown, since then U.S. financial support to multilateral banks has been conditioned, tending to the adherence of borrowing countries to the free market, economic growth led by the private sector, and a minimalist role for the State. Thanks to the shareholder activism of the U.S. government in the directives of the IDB and other multilateral organizations, the “coercive” transmission of economic policies through conditional loans became a constant reality for any debtor.

This practice has been foreign to CAF. The Corporation is gentler in this regard. I repeat, CAF does not impose conditions on its loans. Its main concern is to ensure that loans are repaid. Thus, the extra points that CAF charges in interest for the use of resources to its clients can be seen as the price to pay for the freedom and autonomy to orient economic policy in the direction that each government considers appropriate.

While this is a high price, it is probably not as high as it is for the region’s fragile democracies to open the door wide to the demagogic populism that fuels nationalism and anti-Americanism to the sound of voices denouncing subjugation, exploitation, etc. It is ironic that the maxim of President Reagan himself synthesizes with exactitude such a situation: “The price of freedom can be high, but never so costly as to lose it”.

PhD in Economic History from London School of Economics & Pol. Science. Postdoc researcher at the Univ. of the Andes. He has been a visiting professor at the Pompeu Fabra Univ. (Barcelona) and Dean of the Faculty of Economics at the Tadeo Lozano University (Bogotá)